Despite Denials, Mallikarjun Kharge Has All The Stamp Of Gandhi Family 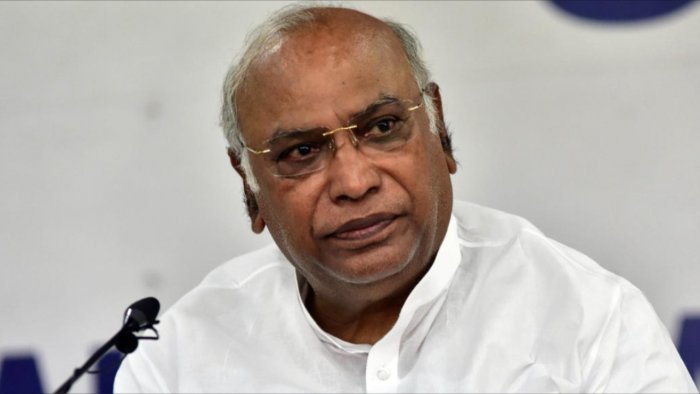 Whoever Sonia Gandhi supports will not only have the upper hand, but also guaranteed runaway victory. Even a perfunctory nod from Sonia Gandhi would be enough to catapult Kharge to pole position, and from there to eventual Congress President! Kharge is even otherwise a hot favourite, also “safe” because he will not rock the boat!

The “rebel” G-23 leaders are solidly behind Kharge’s candidature and that tells you the story that G-23’s objection was never about Sonia Gandhi, their differences were with Rahul Gandhi’s leadership style. The son was beyond their grasp and it angered them no end. Rahul Gandhi was encircled by a coterie, which was not a kitchen-cabinet, but the Star Wars command Centre!

Kharge’s denial about Sonia being behind his candidature is prompted by Shashi Tharoor voicing apprehension that it wasn’t a “level playing field” which was naïve of him because whoever told him that it would be in the first place. Tharoor is grown-up enough to know that he was the odd man out in the pair, and that his suave self with “change” built into the frame wasn’t welcome in the moribund Congress.

That said Kharge has his self-estimation. To hear that there were rumours that he is going into the contest with a handicap advantage is insulting. Best case scenario for Kharge is Shashi Tharoor withdrawing from the race and Kharge the consensus. Nothing doing, said Tharoor, determined not to make it easy for Kharge to get his retirement plan wrapped in gift paper.

Tharoor says he would have withdrawn from the tussle if he had been asked to, but he wasn’t. Maybe that was because the pretense of an election was a must even as a high command’s choice was also a must. So, the obstinate had to be given his chance. Tharoor’s change agenda has a certain place, but the change initiative has to come from the high command, well-known euphemism for the Gandhi Family.

The Gandhi Family is the best example of hypocrisy at its best. And the high command goes about its business with a straight face and a clear single-point agenda: My way or the highway, except that Udaipur happened and certain key points were adopted as party profile. That said, but for Ashok Gehlot playing shark, things would have been as smooth as a dolphin’s clean dive.

Now, the senior-most Congressman has to fight to save his reputation and also protect that of the party’s most revered member, interim president Sonia Gandhi. For Shashi Tharoor these goings on are par for course, part of how things ought to be done in an orderly world. Kharge has denied the speculations that he is “Sonia’s suggestion”.

The problem for the veteran is that he cannot withdraw from the race as he could not say ‘No’ in the first place. Kharge is, and cannot be anybody else other than 10, Janpath’s dice. Kharge has not been given a dilemma to solve, he is the coin with both sides engraved ‘head’; no matter how he throws the coin, it will come ‘heads up’.

Kharge is a captive candidate. The election will see 9300 delegates voting and when the result is announced there will be only one winner like in all elections everywhere across the world, except that in this election, Sonia Gandhi’s “suggestion” will hold through thick and thin, rain or shine. Kharge will start his tenure with “high command” written all over him.  Poor Shashi Tharoor. (IPA Service)

It Is High Time Age Of Supreme Court Chief Justice Is Reconsidered
Posting....