Droupadi Murmu Can Make A Difference In The Life Of Tribals, If She Wants 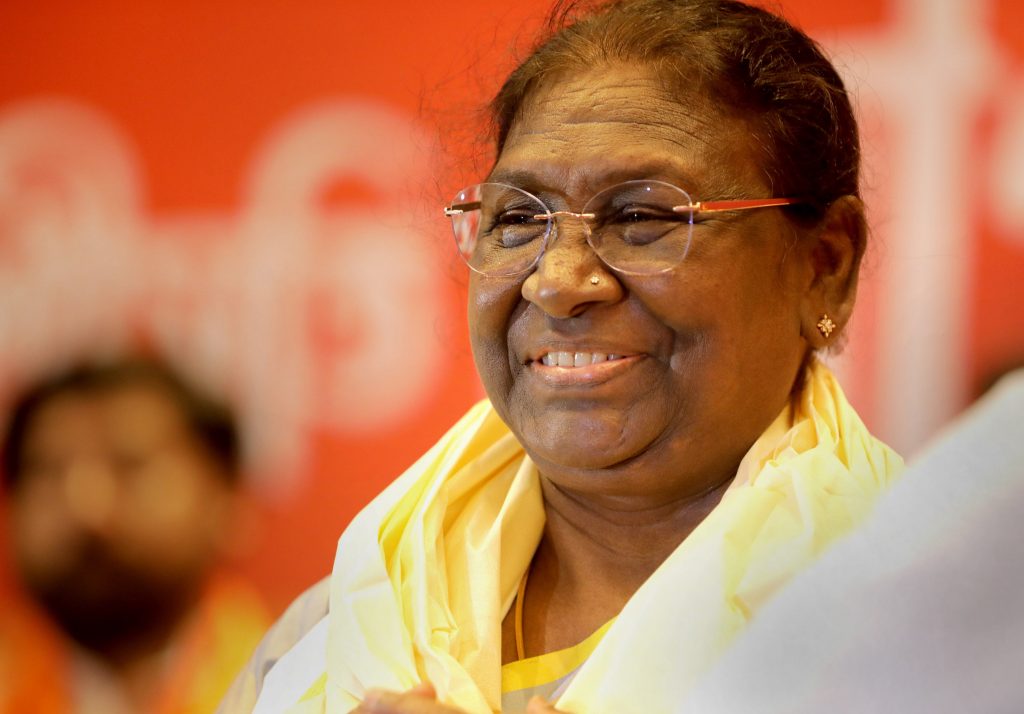 How should the newly elected President Droupadi Murmu be addressed? When congress leader Adhir Chowdhury referred to her as ‘Rashtrapatni’ and claimed it was a slip of his tongue later, still minister SmritiIrani held the word as derogatory. Even when the first woman president, Pratibha Patil (2007-2012), took over, Shiv Sena supremo late Bal Thackeray called her ‘Rashtrapatni’, but Patil laughed it off. In the end, Patil was addressed as Rashtrapati.

The controversy is age-old. In the Constituent Assembly, members had discussed whether a woman president should be addressed as ‘Rashtrapatni’. Jawaharlal Nehru asserted that the President would be called ‘Rashtrapati’ irrespective of gender.

Patil belongs to an affluent Maratha family married to a Rajput. Murmu comes from the opposite social spectrum from a modest tribal family. She recalls growing up in a backward area with no roads and electricity. She walked to her school barefooted and with one pair of dresses for the whole year. Her dream was to get a regular job to support her family. However, destiny led her to first Rajbhavan and now to Rashtrapati Bhavan.

Both presidents had been surprising choices. Being an educated tribal and a woman were Murmu’s advantages. Pratibha was elevated because of her loyalty to Gandhis.

Both the women had been governors, MLAs, and later ministers. While Patil was a lawyer, Droupadi was a teacher.

Incidentally, both are spiritual and have immense faith in the Brahmakumaris, a movement founded in India in 1937. People were amazed to see Murmu sweeping the premises of the Purandeswari Shiva temple before offering prayers. Interestingly, Patil claimed the spirit of Baba Lekhraj, who died in 1969, spoke to her about a ‘great responsibility coming her way.

Patil believes in women’s empowerment. She has set up Vidya Bharati Shikshan Prasarak Mandal, an institute that runs a chain of schools and colleges in Amravati, Jalgaon, and Mumbai. She has also set up Shram Sadhana Trust, which runs hostels for working women in New Delhi, Mumbai, and Pune.

Murmu asserted to an Odiya magazine, “There must be reservation for women in politics dominated by men. The political parties can change this situation by choosing candidates and distributing tickets to contest elections.”

Both are traditional, as you rarely see a picture of Pratibha without her pallu over her head. Murmu began her new job wearing a simple white traditional Santhal Jhal saree. PTI reported quoting a relative of the President, who asked them to bring a dozen saris with them to New Delhi.

Both are self-confident because they struggle to reach the top. Both come from national political parties. Patil, who never lost an election, was an MLA for 30 years, a leader of the o[position, and later became the Deputy Chairperson of Rajya Sabha (1986 -88).

Droupadi, who had the surname of Tudu in school and College, became Murmu after she married Shyam Charan Tudu, a bank officer. Her school teacher named her ‘Droupadi. She was elected as BJP MLA in 2000 from Rairangpur and in 2009 from Mayurbhanj. She was also the Minister for Commerce and Transport and Fisheries and Animal Husbandry during the BJP-BJD coalition in Odisha.

President Patil’s tenure in Rashtrapathi Bhavan was mired in controversies from the day she was nominated for the high post. She reflected an aristocratic demeanor during her presidency. Her foreign trips with her family cost the exchequer as much as Rs 205 crore. There were allegations that she had usurped defence land to build her post-retirement bungalow in Pune.

Murmu has faced many family tragedies and lost her husband and two sons in succession. “There was a time when I thought I might die anytime,” she said in an interview. She joined Ishwariya Prajapati Brahmakumari and underwent yoga and meditation.

Murmu was the first woman/tribal governor to complete her five-year term in Jharkhand. As her record proves, she can handle her job well. For instance, she returned two bills affecting tribal welfare.

Murmu has played a significant role in promoting Santhali, which was included in the Eighth Schedule of the Constitution in 2003. The Santhals, the third largest Scheduled Tribe (ST) in India, are spread over Jharkhand, West Bengal, and Odisha states.

Murmu’s elevation manifests a particular moment of social empowerment for the tribals. After taking oath as President, Murmu said, “Today, I assure all the countrymen, especially the youth of India and the women of India, that while working in this position, their interests will be paramount for me.”

Nobody believes that just because Patil was the first woman president, the status of women had improved dramatically. Or now that Murmu has become the first tribal President, she could use a magic wand and change the tribal status. They are both symbolic of women’s empowerment, but this symbolism is needed to encourage the underprivileged to dream of high positions. (IPA Service)