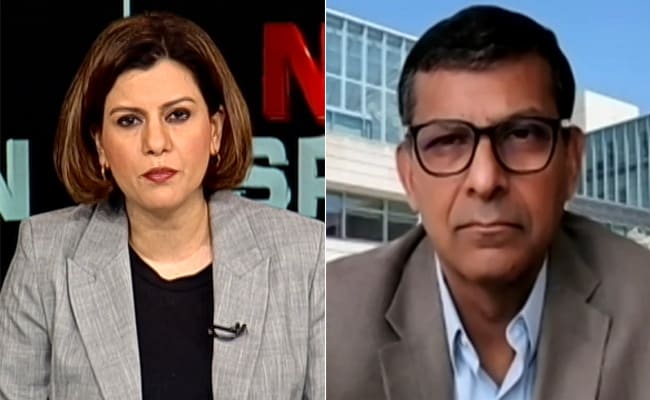 Raghuram Rajan, the former Governor of the Reserve Bank, told NDTV today that while growth figures in India is better than many nations, the country needs more on account of its huge population. Though the growth figure is around 7 per cent — which the government quoted in parliament in response to the debate on price rise — this growth has been “insufficient for the kind of jobs we need,” Rajan said.

Co-relating jobs and demand, the twin drivers of economy, he said, “Despite growth, capacity utilisation is low. We need more demand going forward”.

In an exclusive interview with NDTV, admitting that 7 per cent growth is “not something to sneer at,” Rajan said, “A lot of this growth is jobless growth. Jobs are essentially Task One for the economy. We don’t need everybody to be a software programmer or consultant but we need decent jobs”.

On how to go about creating jobs, Rajan said, “There are no shortcuts here. We have to increase the skill base and education of our people… If we can create the skill base, the jobs will come”.

Talking about the need for a dialogue in democracy, Rajan said, “In the last few years, you have seen a number of decisions without wide consultation. Demonetisation for example. Now you couldn’t have had wide consultations. There are others — farm bills for example. In a democracy, it works when you have a dialogue. It need not be an endless dialogue… And often people know what the ground realities are better than coterie sitting in the PM’s office”.

Inflation has been one of the key issues over the last months, and in the debate in parliament over the last two days, the government has declared that it was a fallout of external factors like the Covid and the Ukraine-Russia issue, the economy is in good shape.

Citing growth as a key parameter of the economy, Union Finance Minister Nirmala Sitharaman said the current retail inflation is at 7 per cent and compared it with the 9-plus per cent for four years during the UPA rule.

Ms Sitharaman had also referred to the recent remarks of Rajan about India’s economic performance.

“On Saturday, Raghuram Rajan said that ‘RBI has done a good job in increasing foreign exchange reserve in India, insulating India from problems being faced by neighbouring countries such as Pakistan and Sri Lanka'”.

Asked about the government citing positive remarks by critics in parliament, Rajan said, “It was interesting, the word ‘critic’.”

“I try to offer a balanced view but balance also often requires criticism. There is a view from this government that only those who constantly clap are in the right, because the government does no wrong. Every government does wrong,” Rajan said.

“I have criticised the UPA government when I was not part of the establishment and I have worked with the previous NDA government. I have no reason to be excessively critical. At the same time, some criticism is warranted. So don’t label people who offer some criticism as critics,” he added.