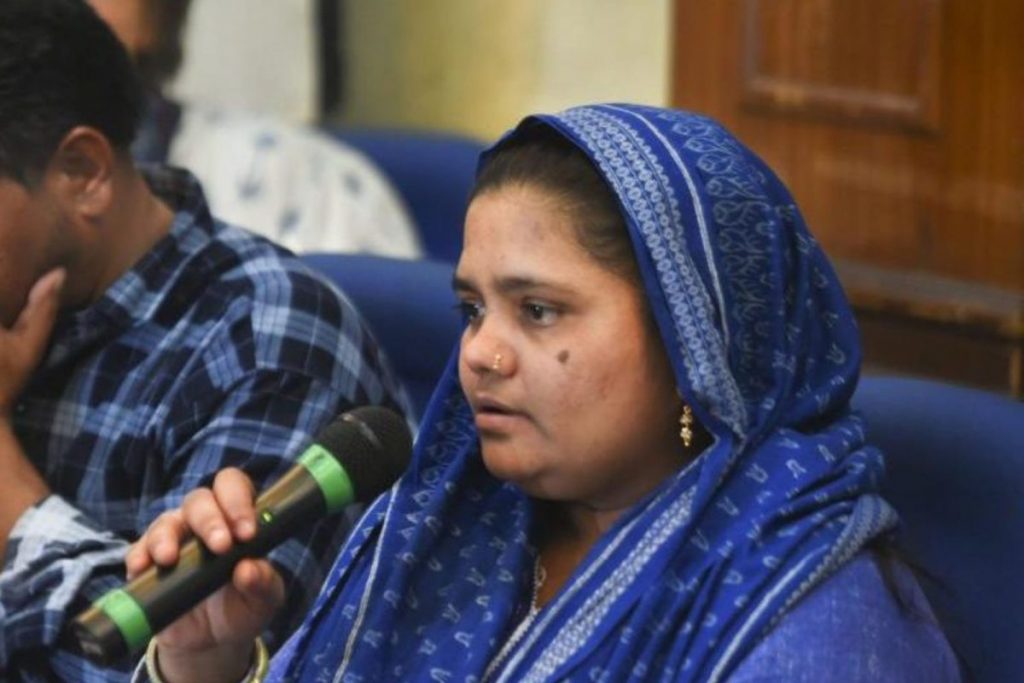 The release of Bilkis Bano rape case convicts by the Gujarat government is turning even more dubious amidst new disclosures that the remission was allowed despite opposition from the CBI as well as the city civil and sessions court of Greater Bombay and the prisons and correctional administration assistant DGP of Ahmedabad.

The revelation was made in an affidavit submitted by the state government to the Supreme Court in response to petitions challenging the premature release of the convicts filed by CPI(M) leader Subhashini Ali, independent journalist Revati Laul, former Lucknow University vice chancellor Roop Rekha Verma, Trinamool MP Mahua Moitri and others. The apex court has also added a fresh plea filed by the National Federation of Indian Women in this regard to the clutch of petitions against the decision to be considered collectively.

The BJP government had ordered the remission as part of the Azadi Ka Amrit Mahotsav celebrations citing ‘good behaviour’ by the convicts. The claim was, however, exposed as hollow when it became known that there were multiple FIRs and police complaints accusing the convicts of threatening and harassing witnesses while out on parole.  Between 2017 and 2021, at least four witnesses had filed complaints against the convicts for harassing and threatening them. Court records showed that the 11 convicts were out on parole for over a thousand days before their final release. One of them walked free for over 1,500 days while serving the conviction.

On August 15, as the nation celebrated 75 years of Independence, all 11 convicts sentenced to life imprisonment in the 2002 case walked out of the Godhra sub-jail. On being released, they were feted by groups linked to the saffron party with sweets, hugs and garlands. A BJP legislator justified their release saying there were Brahmins with ‘good sanskar’ (culture).

The remission and their hearty welcome had led to a nation-wide outcry, with social and cultural activists condemning it as a gross violation of law and natural justice. More than 130 former civil servants wrote an open letter to the Chief Justice of India against the remission and requested him to rectify the ‘horrendously wrong decision’.

Bilkis Bano herself said the release has shaken her faith in justice and left her concerned about her safety. She was 21, and five months pregnant, when she saw seven members of her family, among them her three-year old daughter, murdered while she was gangraped. Even Maharashtra deputy chief minister and BJP leader Devendra Fadnavis found it revolting. “An accused is an accused and there can be no justification for their felicitation,” Fadnavis said.

The judge who sentenced the culprits 14 years ago described the conduct of the saffron elements as something that defamed Hinduism. “If one talks of Hindutva and does this type of act of felicitating the criminals who are guilty of such a heinous crime, then Hindutva is defamed. And if it is not so, if that’s not the intention of the parties, then the system which punished them, you are denying that they have not done this. You are revolting against the very judicial system,” Justice UD Salvi said.

NCP chief Sharad Pawar called the decision shocking and said it exposed prime minister Narendra Modi’s double-speak on the safety and security of women in the country. “On the one hand, the PM talks about respect for women, but in the state from which he comes, where our sister Bilkis Bano and her children suffered atrocities, where her family members were murdered, the BJP reduced the punishment of those who did that,” Pawar tweeted. “The BJP has shown to the people of Gujarat and the rest of India how it defines honour for women,” he added.

The women’s wing of the Trinamool Congress held a 48-hour dharna against the release of convicts. Targeting Union Home Minister Amit Shah, Trinamool leaders said that the remission of sentences of rape convicts was unacceptable.

The Supreme Court has granted time to the petitioners to file their response to the Gujarat government’s affidavit and fixed November 29 to further hear the pleas challenging the remission. The apex court’s favourable response is a setback to the government, which had argued that the plea was neither maintainable in law nor tenable on facts, and that the petitioners had no locus standi to challenge the remission orders.

The court also criticised the Gujarat government response saying it was very bulky wherein a series of judgments had been quoted but factual statements were missing.”I have not come across a counter affidavit where a series of judgments are quoted. Factual statement should have been made. A very bulky counter. Where is the factual statement…?”  the bench headed by Justice Ajay Rastogi observed while ordering that its copies be made available to all the parties. The court also questioned the propriety of the government reply appearing in the media before it was submitted to the court. (IPA Service)

Setback to Telangana BJP ahead of bypoll
Posting....