Digital Credentials Needed For 80 Per Cent Of Jobs In India 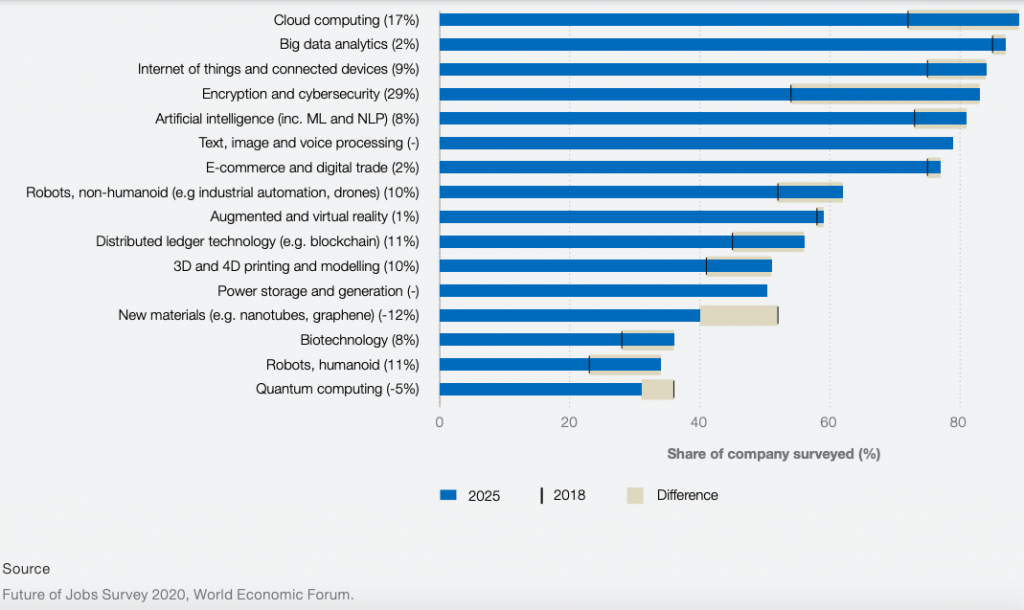 Explosive growth and spread of digital technologies have brought transformations changes to the working world. Labour market is being reshaped, demand for digital skills and competencies increasing, and the demand for people who perform routine manual jobs is reducing. The COVID-19 crisis accelerated digitalization and automation. Though this transformation promises higher productivity, it comes with challenges – automations eliminates many jobs, digitalization transforms traditional practices in entire industries, and unequal access to digital technologies threatens to further exacerbate job market vulnerabilities of the poor and disadvantaged.

The ADB-LinkedIn report titled “Digital Jobs and Digital Skills: A Shifting Landscape in Asia and the Pacific” says that on the whole digital credentials currently accompany more than a third of job application in the region. However, in India, where competition for a limited number of jobs is stiff and candidates need to stand out, 80 per cent of all job applications reported digital credentials, which is 20 percentage above the United States, perhaps reflective of lower digital connectivity, and number of digital credential issuers.

The pandemic has accelerated demand for digital talent, especially in the industries most heavily affected, such as healthcare, education and digital services. India’s healthcare market, for example, is expected to be worth $372 billion in 2022, up from $61.8 billion in 2017, and this will continue to spur job growth in the industry.

Digital hiring in education continued to grow even during the pandemic, with education technology or edtech companies and online training portals occupying the top 10 positions in education as employees hiring digital professionals. There is e-education boom in India, which has expanded during the pandemic consolidating the country’s global leadership in education technology, by a factor of 6.3, and the total online offerings are to create a $1.7 billion market by 2022. Renewable energy and smart cities are also among top industries offering large number of digital jobs.

Meanwhile, with the number of social media users in India growing by 48 per cent year on year to reach 400 million at the beginning of 2020, India looks set to continue to see growth in demand for digital marketeers and content creators.

The analysis of the data shows that the people who can fill digital jobs are in greater demand in developing market, while more advanced economies have a stronger emphasis on business and management personnel who oversee digital jobs. India, Indonesia, and Malaysia have more digital jobs than do Australia or Singapore, where there is more demand for corporate management. India and the Philippines show strong demand for information technology business support roles reflecting their competitive advantage in business process outsourcing.

The report says that the fields of study tend to align with national competitive advantage. In India, 8 of the top 10 degrees awarded are in computer science, a result driven by the country’s strength in information and communication technology. Australia and Singapore have larger share of education backgrounds in business, management, corporate and legal skills, and liberal arts.

The fastest growing job categories reflect nation strengths across countries. Hiring in online content and social media is rising quickly in Indonesia and the Philippines, while Malaysia posts faster growth in digital business support roles such as in human resources and business development, and India in digital roles in software and system development.

The data indicate strong demand for consumer interface in Indonesia and Malaysia, as reflected in marketing and sales jobs. However, in India and Philippines, demand is more balanced between consumer interface and backend infrastructure and system engineering, as the strong presence in both countries of business support roles such as “consumer services” and “administrative assistant” reflect their vibrant business process outsourcing industries.

In India, 8 of top 10 fields are technical or in computer science, reflecting the country’s strong comparative advantage in information and communication technology and its reputation as a global leader in training and exporting tech talent.

It is clear that the labour market is India in under digital transition, which is changing too fast to cope with the change creating imbalance. In this backdrop, the report says, informed policies and actions are needed to amplify benefits of digitalization and mitigate harm. (IPA Service)