Democracy Is Under Siege As India Celebrates 75th Anniversary Of Independence 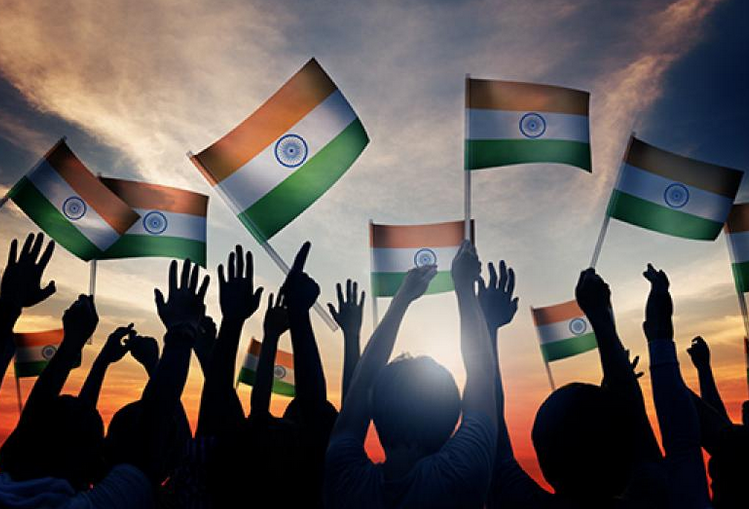 Till recently, when commemorating the significant anniversaries of independence, we could cite the parliamentary democratic system as one of the major achievements of independent India. The adoption of a republican constitution in 1950 provided the scope for people’s participation and a voice in politics which reflected the aspirations of the Indian people in their struggle for national independence.

Despite the narrow basis and the class constraints on the democratic system in a developing capitalist society, it was creditable how parliamentary democracy could retain its vitality for over six decades. The prospect for democracy was sustained mainly due to the people and the popular struggles and democratic movements.

However, as we observe the 75th year of independence, the prospects for democracy are bleak and the parliamentary democratic system and all that the constitution provided for as the democratic underpinnings are Having come back to power with an increased majority in May 2019, the BJP has set itself the goal of establishing a one-party dictatorship. This requires an outright onslaught on the opposition. Their role in parliament is being sidelined; elected state governments of the opposition are destabilised by purchase of MLAs and the selective use of central agencies. The Enforcement Directorate (ED), the CBI and the Income Tax department have been weaponised against opposition leaders and ministers in the opposition-ruled state governments.

The devaluation of parliament and the degrading of parliamentary procedures have become particularly virulent in the second term of the Modi government. The parliament sat for less  than 50 days in 2021. Apart from lack of discussion on legislations, there is hardly any scrutiny of legislative bills. From 60 to 70 per cent of the bills being referred to the standing committees by the Lok Sabha during the UPA government dropped to 22 per cent in the first term of the Modi government and to just 13 per cent in the second term. This is compounded by the denial of the right of the opposition to raise issues and press for a vote during the legislative process. The status of the Rajya Sabha has been downgraded with various legislations being declared money bills to bypass scrutiny and vote in the upper house.

The authoritarian drive has led to the trampling upon of the democratic rights and civil liberties of citizens which are enshrined in the constitution.

The criminalisation of dissent and suppression of civil liberties are the hallmark of an authoritarian regime. This has reached unprecedented height through the use of draconian laws like the Unlawful Activities (Prevention) Act (UAPA) and the sedition clause. Between 2014 and 2020, in a period of period of seven years, around 690 cases under UAPA were registered and 10,552 people arrested under the provisions of the law. These include political activists, civil right advocates, journalists and writers. The Bhima Koregaon case in which 16 prominent activists and intellectuals have been in jail for three years under the UAPA is a prime example.

A characteristic feature of an authoritarian regime is when the judiciary ceases to act independently and keeps a check on executive excess. More and more, the Supreme Court has begun to behave like an executive court. The recent judgments on the appeal proffered by Zakia Jafri and the verdict on the powers and jurisdiction of the ED under the Prevention of Money Laundering Act (PMLA) show how the highest court of the land is failing to protect the life and liberty of citizens from executive assaults.

If we look back over the past 75 years, the biggest attack on democracy occurred with the imposition of internal emergency by Indira Gandhi in June 1975. This period of authoritarian rule saw jailing of opposition leaders, suspension of civil liberties and press censorship. But this existed for a limited 20 months and the people rejected the Congress party in the parliament elections that ensued.

The current ongoing assault on democracy is more serious and comprehensive. It seeks to change the nature of the republic by truncating democracy and undermining secularism and federalism.

Why is this vicious form of authoritarianism which stifles democracy taking hold in the country? This is not some aberration or accidental turning point, nor can it be ascribed to an individual’s dictatorial tendencies. We have to understand the conjuncture of forces which have spawned this authoritarianism.

At the time of the adoption of the constitution, Dr B R Ambedkar had warned that political democracy cannot succeed without social and economic democracy. He also warned that “Democracy in India is only a top-dressing on an Indian soil, which is essentially undemocratic.”

Over the decades, while “electoral democracy” thrived, the striving for economic and social democracy fell by the way side. The capitalist path of development pursued by the ruling classes heightened class and regional inequalities. The advent of the neo-liberal policies, three decades ago, has resulted in sharply widening economic inequalities and the consolidation of a plutocracy with obscene levels of wealth in their hands.

On the social side, the bourgeoisie which had compromised with landlordism and pre-capitalist relations made only formal attempts to end caste oppression and the iniquitous social order.

Therefore, as Ambedkar presciently observed, the contradiction between political democracy and widening social and economic inequality would come to a head some time.

It is remarkable how this analysis of Dr Ambedkar closely parallels that of the Marxists in India. The CPI(M) has, from the outset, held that the failure to undertake thorough going democratic transformation of social and agrarian relations would hamper the development of a modern bourgeois-democratic society. The onset of neo-liberalism and the rise of Hindutva majoritarian communalism would spell the death knell of social and economic justice which would result in curbing democracy and ushering in authoritarianism.

Neo-liberalism narrows and restricts democracy by placing the market above the people and their rights. Big capital has invaded the political system and all the bourgeois political parties have become subordinate to big money power. This is corroding the parliamentary system.

We must keep in mind what the CPI(M) Programme states: “The threat to the parliamentary system and to democracy comes not from the working people and the parties which represent their interests. The threat comes from the exploiting classes. It is they who undermine the parliamentary system both from within and without by making it an instrument to defend their narrow interests”.

The rise of the Hindutva forces and the assumption to power by the BJP with a majority in 2014 has brought about a qualitative shift in Indian politics. State power is being wielded by a party, which is imbued with the fascistic ideology of the RSS. They wish to institute a Hindu majoritarian rule which is inimical to democracy as it denies minorities the equal status and rights as citizens.

We have seen both State-sponsored legislations and vigilante actions by Hindutva outfits on the ground which target the Muslims and subjects them to periodic bouts of violence and persecution by the State machinery. In fact, in BJP-ruled states such as Uttar Pradesh, Madhya Pradesh, Gujarat and Karnataka, the minorities have been virtually relegated to the status of second class citizens.

The authoritarian drive is, thus, fuelled by the alliance forged by the corporates and the Hindutva forces. Both the necessity to push through neo-liberal policies and impose Hindutva values on society requires a high degree of authoritarianism. The rights of the working class have been curbed by the adoption of the four labour codes.

What is being undertaken is a reshaping of the institutions of the State working within the façade of the constitution. The soil for authoritarianism is being cultivated not only in the political sphere but also in the social and cultural arenas.

The ban on cattle slaughter and beef secular democratic republic. consumption, moral policing; the denunciation of artists and cultural productions as anti-Hindu; the control of educational institutions making them conform to Hindutva values – all these are features of the authoritarian onslaught.

For the working class, the fight for democracy is a vital one, the importance of which Rosa Luxemburg has lucidly spelt out: “If democracy has become partially superfluous and partially troublesome to the bourgeoisie, it is necessary and indispensable to the working class. It is necessary, first of all, because it creates the political forms (self-government, electoral rights, etc) that will serve the proletariat as springboards and fulcrums in its transformation of bourgeois society. Second, however, it is indispensable because only in it, in the struggle for democracy, can the proletariat become conscious of its class interests and its historical tasks”.

The Left, being the most consistent force against the neo-liberal regime and Hindutva communalism, has to play a crucial role in the mobilisation of wider popular-democratic forces against the authoritarian danger.(IPA Service)