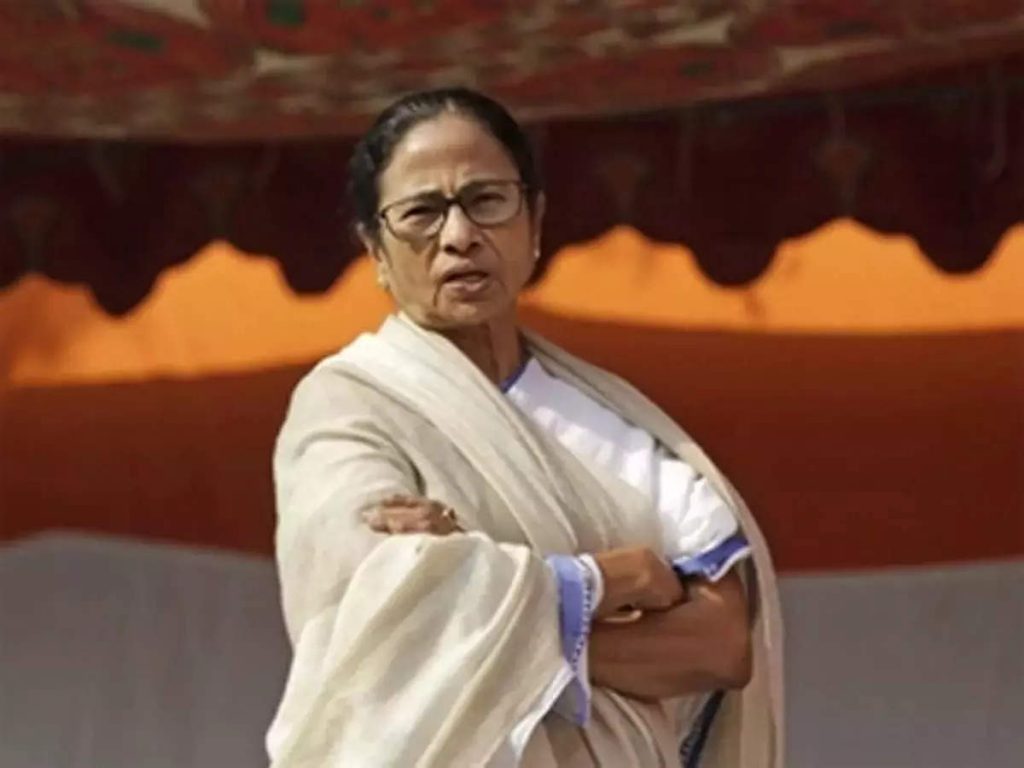 The massive victory achieved by Trinamool Congress in the latest elections to 108 civic bodies in Bengal covering all the districts is a continuation of the trend which was evident at the assembly elections in 2021.In all the subsequent elections held in the state, first Kolkata Municipal Corporation, then polling in four leading corporations of the state and finally in the remaining urban bodies on February 27.- all  the results show a continuing consolidation of the TMC among the electorate marginalising the rival parties the BJP, the Left Front and the Congress.TMC got 102 civic bodies out of the total  of 108 while the Left Front got one, the independent Hamro Party got one Darjeeling and in four civic bodies, no party got majority with the presence of independents.

Now, as regards Bengal, the panchayat elections are due to be held in the state in 2023 and after this battle in rural Bengal, the Lok Sabha elections are due in April/May 2024.Mamata Banerjee has given the party leaders the target of winning all 42 seats to the Lok Sabha in 2024 polls and the planning has been going accordingly. In 2019 elections, the TMC got 22 seats down by 12 from its tally of 34 in 2014 Lok Sabha elections while the BJP improved its seats from two in 2014 to 22 in 2019 LS polls. That was a shock to TMC in 2019 and from that  jolt  itself, Mamata Banerjee took preventive steps to improve the image of the state government and strengthen the organisation in association with I-PAC led by strategist Prashant Kishor giving big dividends in the last three years.

There are some important pointers from the latest civic bodies results. Trinamool has got a total 63.5 per cent votes as against Left Front’s 14.14 per cent and BJP’s 12.6 per cent. and Congress’s 4.8 per cent. The independents, significantly got 4.9 per cent, but in the number of seats, the independents, who are mostly Trinamool rebels got 119 seats, the second highest as against 1870 of Trinamool, 63 of BJP, 59 of Congress and 55 by the Left Front. In terms of vote percentage, the Left Front is distant second, BJP third and the Congress fourth among the parties. But  interestingly, the Congress with low voting percentage got more civic bodies seats compared to the Left Front. This means the Congress has a few strongholds which gave the party some seats but it failed miserably at the state level.

The Left Front has some satisfaction that it got one civic body Taherpur while the BJP and Congress, despite more seats, did not get any. Taherpur has long been under the CPI(M) control and it was a big feat for the Taherpur party members to retain the body despite all out thrust by the TMC to capture it. The overall scenario is that there will be two non TMC bodies one led by the CPI(M) and the other Darjeeling based Hamro Party but in four other undecided  bodies, there is a big possibility of TMC getting all with the help of the Trinamool rebels who were not given tickets but fought and won. Out of the total of 119 independents, there are around 100 such rebels and they are waiting for joining TMC again once Mamata takes a decision after coming back from her Varanasi election tour.

The Left Front , especially the CPI(M) can take some comfort that the earlier perception that the BJP is the real alternative in Bengal, is gone and the Left with sustained work among the people, can get back some support base which it lost since 2014.There has been some trickling back of supporters to the CPI(M) finally but that is so miniscule that it will take a long time for the CPI(M) and the Left to get back to a position when they can attain a position of getting around 25 per cent of the voting base. The coming panchayat elections are the next testing ground and the Left has to be prepared for that taking its lessons in the last three years.

The problem of the CPI(M) in Bengal is that the party lacks visionary leaders who can match even a portion of the charisma and acceptability which Mamata has got. Through her people oriented programmes, especially for the women and the poor, she has emerged as the messiah to the underprivileged and as long as this continues and she does not make a major political blunder, there will be little scope for the Left to make a major breakthrough. The Party has to be prepared for a long haul.

Just making caustic comments against the CM and the programmes, will only alienate the party. The Left has to be with the people taking up cudgels against the failures and distortions of the government programmes. The Left has no presence in the state assembly and also in Lok Sabha from Bengal. So its battle has to be in fields, factories and educational institutions fighting for the just demands of the disadvantaged and exposing corrupt practices of Trinamool govt if any. It is a tough task but there is no short cut with Mamata in complete control of the people’s minds at the moment. The Left’s simultaneous fight against the BJP govt at the centre and its policies and  the state govt policies which adversely affect the interests of the people, will only help the Left in expanding its influence. Once the BJP is ousted from its second position permanently, it will be easier for the Left to fill the political gap as it takes place.

As regards Mamata Banerjee, this is her golden hour. She is in Varanasi addressing meetings in favour of the Samajwadi Party. She has already proven herself as the decimator of BJP in her state. She has earned the status of a giant killer who can fight Modi-Shah duo at national plane. She had some problems with her nephew Abhishek and Prashant Kishor but those have been sorted out. PK is working on ensuring all 42 seats to her from Bengal and few more from other states. The moot issue is that Trinamool has to emerge as the second biggest opposition party after 2024 polls in Lok Sabha after the Congress. This is possible as no other party in the opposition camp  can expect that tally..

Mamata’s representative PK has talked with the TRS supremo K Chandrasekhar Rao and PK has taken up the job of ensuring maximum seats to Lok Sabha to TRS in the Lok Sabha poll. Telangana Chief Minister is in Delhi now talking to Delhi Chief Minister Arvind Kejriwal who is also in favour of non Congress and non BJP front. Mamata as of now is working on this federal front idea which excludes the Congress. But she has a problem in taking it forward. Both DMK supremo M K Stalin and Maharashtra Chief Minister Uddhav Thackeray are against any front excluding the Congress. Dr. Farooq Abdullah and Sharad Pawar are also in favour of having Congress in the proposed anti-BJP front.