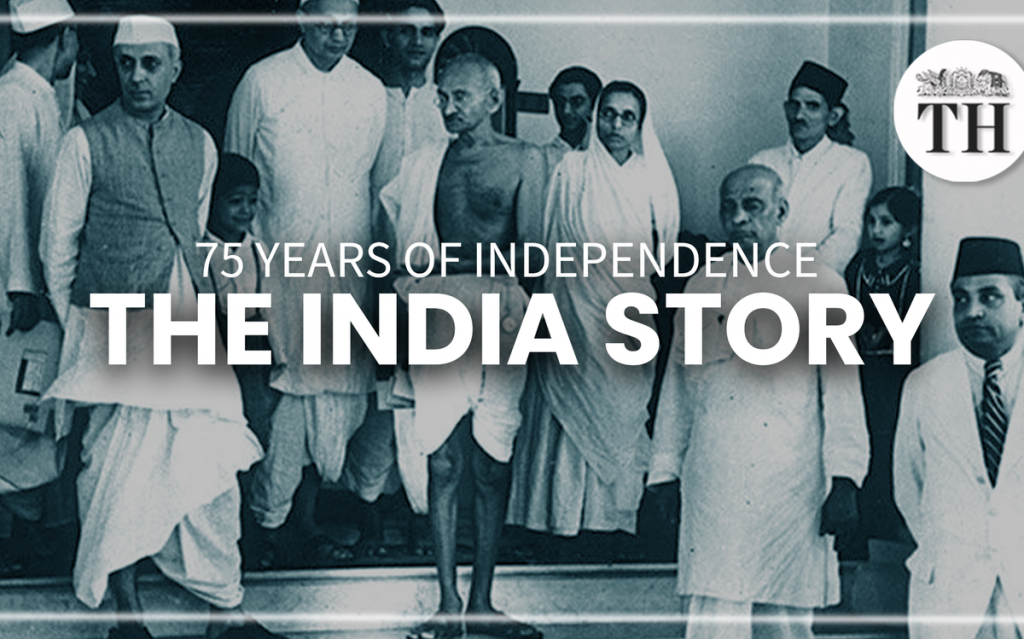 I first participated in Independence Day celebrations on August 15, 1950, in Calcutta at Prince Ghulam Mohammad Road near Lake Market. I was nine years old. Our family came as refugees from East Bengal, then in Pakistan, in March 1950 and stayed at my oldest sister’s residence. And there, about five months later, I became a part of festivities along with my nephews and nieces. Apart from patriotic songs, we had a march past in the locality. Our seniors gave all the children a packet of sweets each. A film related to freedom struggle was also screened.

This programme in Calcutta in 1950 was a new awakening for me, with a sense of real freedom. Earlier in 1947, on August 14, our family took part in the celebrations in Jamalpur town   belonging to the Mymensingh district. My father was a teacher at a most renowned school there and he was friendly with the local Muslim leaders. When it was known in early 1947, that Mymensingh would become a part of Pakistan, we got apprehensive.  Already, our family had been a victim of riots in Noakhali in 1946. Our house was burnt a few days after Durga Puja was celebrated in our ancestral home. Our family members escaped at night after witnessing the burning from a hideout, with the help of a Muslim family. We fled to Chandpur on a ramshackle boat via a canal flowing into the Meghna River.

After staying at a refugee camp for two days, we reached Jamalpur. Within ten months, Partition took place. On the first Independence Day of Pakistan, I took part in it along with my school friends. I was worried that some unsavoury remark   might be hurled against the Hindu boys by the Muslim fellows. But nothing untoward happened. We were relieved. For the next two years, 1948-49, I took part in the celebrations as children do no matter where they are. However, I was picking up hints that soon we would leave Pakistan for India, Jamalpur for Calcutta.

Meanwhile, in 1948-49, a major transformation took place in my understanding. My eldest brother, who was studying in a Calcutta college, came to Jamalpur during vacations and gave   me some books, both in Bengali and English related to Marxism, and also about Soviet Union   and China. He told me stories about the march of the Red Army during the barely three-years-old Second World War and how China would soon be taken over by the communists. He said the centre of the communist revolution would shift to India after the takeover of Peking and the road of the coming revolution lay en route Calcutta.

I started reading the books with enthusiasm. Some parts I could understand to some extent, but most I did not. But his one remark struck me the most: “This Independence of India and Pakistanis is all fake; the real struggle will start now.” What he meant was that the handover of state power to the governing elite of India meant little for the suffering millions in the Partition-afflicted country, with innumerable poor and downtrodden, many of whose near and dear ones had perished in the 1943 British-engineered Bengal famine. The real revolution would mean upliftment of every single man, woman and child to lead a life of dignity and freedom.

My brother left for Calcutta after the vacation ended, but my entire mind was focussed on how to get to Calcutta at the earliest and become a participant in that great battle for change. For me, Calcutta emerged as the gateway to the New World. Finally, our family of five, parents, my immediate elder brother, sister and me, arrived in Calcutta on March 13, 1950. Fortunately, when the entire railway platform at Sealdah station was a huddle of thousands of refugees with no place of their own to go to, we took a taxi and left for a low-key middle-class locality where my eldest sister stayed in their spacious three-bedroom flat with a big corridor inside. Within weeks, the families of my sister-in-laws arrived from Comilla as refugees and by April end of   1950, there were 18 people in that flat.

In October 1950, just before the Durga Puja festival, our family of seven including my eldest brother who was also managing a job while studying M. Com, moved to a tiny one-room house in Dhakuria, a bustling locality in South Calcutta. For the next twenty years, Dhakuria was the place which nurtured me in social, cultural and political terms. In December of that year, I attended a mega festival of IPTA (Indian People’s Theate Association) at Saheed Nagar, an adjacent residential place set up by the refugees for themselves.

That night, the programme lasted for nearly five hours. I heard songs sung by radio and playback legends like Salil Choudhury, Debabrata Biswas, Nirmalendu Chowdhury and many others. A Bengali play ‘Arunodayer Pathe’ (Towards Sunrise) staged by a group, based on the famous play ‘The Rising of the Moon,’ mersmerised the large audience. At midnight when I came back walking from the festival venue   to our one-room abode, I was a completely new boy. What the books of Rebati Burman, Emile Burns and the Communist Manifesto could not do, the one night of IPTA programmes did and how. I became an avowed communist, influenced by the progressive people’s cultural movement striving towards a shared modernity of socioeconomic, political parity. Egged on by the internationalist dreams, I also started ‘thinking global’.

During 1951-52, the first general elections were held in India after the adoption of the Constitution, and the entire process of conducting elections was a tremendous success. I was not yet a voter but as a young school student, I vigorously campaigned in the state assembly    polls for the Socialist Republican Party candidate Jyotish Joarder, who was supported by the Communist Party of India (CPI). All CPI workers in the local area worked for his campaign and he won with a handsome margin. In 1952’s first parliamentary elections, the CPI emerged as the largest opposition party nationally. Even in the West Bengal assembly elections, the CPI emerged as the main opposition party. In 1953, Joseph Stalin, the supremo of the Communist Party of the Soviet Union died. It was a terrible shock to the communists throughout the world. Small rallies were held in most of the localities in Calcutta after the news of his demise was declared officially. I also took part in a mourning procession. My mourning eldest brother told me after I came back from the procession, that if Stalin had not been at the Soviet helm, Hitler would have conquered the world.

1954 was marked by Prime Minister Jawaharlal Nehru’s Panchsheel ideals and the slogan Hindi-Chini Bhai Bhai. This was the period when China became a favourite even to the diehard nationalist Indian. Prime Minister Chou En Lai became very popular when he visited India. Nehru, it seemed, was equally fond of him. 1955 was marked by the historic visit of the two Soviet leaders, Nikita Kruschev and Nikolai Bulganin. Calcutta went crazy during the visit. I also ran more than 100 metres at Vivekananda Road crossing when the convoy was passing. The prestige of both China and Soviet Union in India peaked during this time among the ordinary people.

But for the communists, 1956 came with a shock. The Report of the Communist Party of the Soviet Union, the CPSU, supremo at the 20th Congress of the Party revealed the atrocities committed by Joseph Stalin who died three years back. The CPSU chief officially briefed on the report to the other communist parties of the world. This was soon followed by the uprising in Hungary against Soviet troops. The developments led to the execution of the Hungarian communist leader Imre Nagy. For the first time, the global communist movement was in turmoil since the Joseph Broz Tito episode of 1948, questions posed about the relationship between socialism and democracy.

At the national level, 1957 was the year of the second general elections. For the first time, the CPI formed its first state government in the country led by Chief Minister EMS Namboodiripad in Kerala. In the parliamentary elections, the CPI got 27 seats with nearly nine percent of votes. The CPI emerged as the main opposition party in the state assemblies of   West Bengal, Andhra Pradesh and Tamil Nadu. But the Kerala government was dismissed by the centre in 1959 and this led to big protests throughout the country. In Calcutta, a massive procession was organised by the CPI against the dismissal of the EMS government. I was a part of that protest rally.

In 1959, on August 31 in Calcutta, a huge peasants’ rally at Esplanade, organised by the CPI and other left parties, was attacked by the police and the beating was so brutal that about 80 people died. I was at one side of the rally along with my college friend Debabrata. Suddenly, the policemen came and started beating us with lathis. I stepped aside a bit and kicked the concerned cop. Before he was ready with another charge, I ran and straightaway reached the café near the Metro cinema. The next three days saw spontaneous protests by the supporters of the left parties in Calcutta and the districts. (IPA Service) To be continued