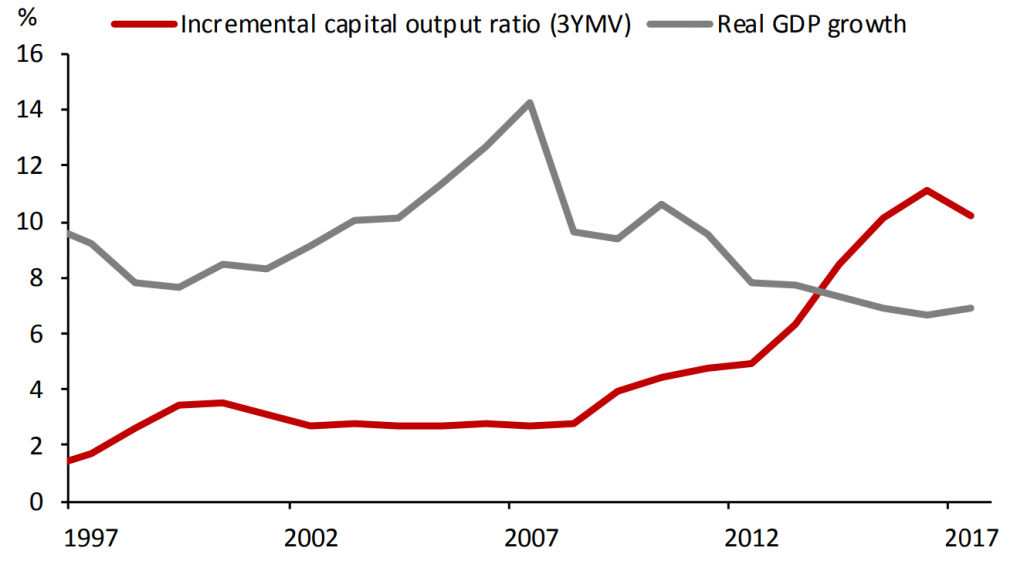 India is not a member of RCEP (Regional Comprehensive Economic Partnership). Neither it is party to BRI (Belt and Road Initiative). Both are predominantly influenced by Chinese economic and political muscles. RCEP is facing problems, owing to ASEAN paranoia over China’s increasing influence, without any headwind like India and USA and BRI is in tatters with number of countries leaving the initiative fearing Chinese domination.

Numerous arguments were spun in the Chinese media on India’s sparkling growth in the bounce back recovery, which is expected to exceed Chinese growth in 2022. Eventually, Chinese ascendency in global supply chain prominence is in retreat and throws challenges to India and other Asian countries to find space in global workshop for supply chain. Nevertheless, as compared to other Asian nations, India’s challenge raised grave concern and threat to China in Chinese media.

China has been the global powerhouse for manufacturing. Nearly 70 percent of international trade pertains to global supply chain (GVC) and China is the biggest manufacturer of GVC. Nearly half of China’s exports involves GVC

But, Chinese prominence in global GVC turned dubious, given the Chinese growth slipping into deceleration during the lock down period and zero COVID policy. Chinese Government targeted China’s growth by 5.5 percent in 2022, though some politburo members murmured this growth would be a difficult task. The futurists forecast that Chinese growth is likely to plummet further in the long run. According to Lowly Institute (a Australia Think Tank), the average annual growth of Chinese economy will slow down to 3 percent by 2030, 2 percent by 2040, averaging 2-3 percent overall growth by 2050.

Eventually, these led to a major shift of foreign firms from China for supply chain manufacturing. The upshot of the situation is that China was losing significance for global workshop and was facing increasingly stiff competition from emerging and newly industrial nations, particularly in Asia. According to Asia Briefing survey, 7 countries have emerged the potential alternatives to China. They are Vietnam, India, Cambodia, Thailand, Indonesia, Malaysia and Philippines.

In the trajectory of relocation of factories, Vietnam emerged the biggest beneficiary. Vietnam’s exports of electronic goods to the world surged by over 31 percent in 2021 over 2019 – the period during which decoupling from China intensified. The major surge in exports were telecommunication equipments.

Alongside, India also emerged as a competitive alternative destination to China. The supply chain of global brands like Samsung and Apple, as well as Chinese companies like Oppo, Vivo, Xioami, Haier and others like Lenovo, TCL made their big stakes in India.

India turned a major competitor to China after it emerged faster in growth, overshadowing China. Indian GDP growth is estimated at 7-8 percent in 2021-22 against China growth by 5.5 percent. India excels China from various angles, such as, in terms of benefits from demographic advantages of large working population , coupled with IT talents , large middle class market and propensity to Europe and American languages. Given these, there is a viewpoint in China that even though Vietnam is a prickly pain for short term, India is a bigger threat to China in long term.

Apple’s decision of shifting production base in India is an worth case to signify India’s challenge to China. Chinese media unfolded its concern over Apple’s expansion in India . Global Times – an official Chinese media- expressed displeasure on Apple’s dependency on India, while reducing dependency on its traditional base in China. It lamented “US tech company is preparing to recalibrate its iPhone 14 production base between China and India”. The Wall Street Journal decoded company’s planning for boosting production outside its traditional base in China, to reduce dependency. Apple is on the uptrend for hatching global hegemony in mobile phone manufacturing. It’s share in the global manufacturing grew from 1.3 percent in 2020 to 3.1 percent in 2021 and is expected to reach 5-7 percent in 2022.

Added to these, the recent India’s policy of surveillance on security concern and ripping of automatic approval of Chinese investment, hit the Chinese headlines for debilitating Chinese prominence in supply chain. India is one of the major importers of equipments through supply chain from China. (IPA Service)