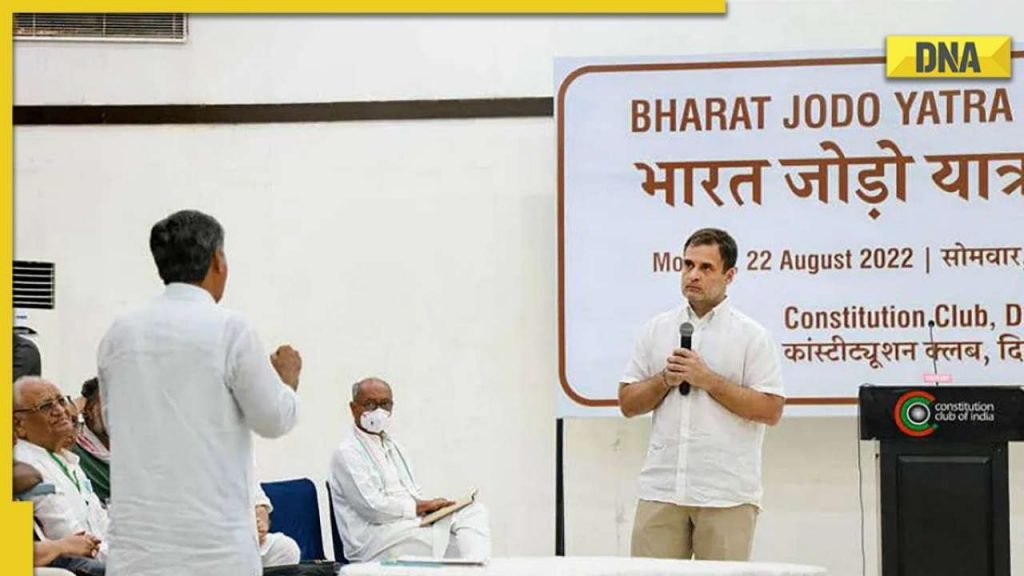 Image building is a politically important tool for present-day politicians worldwide, and India is no exception. They employ specialized image-building companies, who tell their clients what to wear, how to speak and what issues should be focused on at considerable costs to capture power.

In the past decade, many leaders have engaged these companies to build their public persona. They include Prime Minister Narendra Modi, Akhilesh Yadav (U.P).(M.K.Stalin  (Tamil Nadu,)  Mamata Banerjee ( West Bengal), and K. Chandrashekhar Rao (Telangana).

Political Yantras are not new since the days of Mahatma Gandhi’s Dandi yatra in 1930. Congress leader Rahul Gandhi’s present’ Bharat Jodo’ Yatra from Kanyakumari to Kashmiri is one such considerable mass contact programe on the lines   of Dandi March.. Others like N.T. Rama Rao and L.K. Advani had undertaken similar yatras on ‘raths’ or buses. Some others, like Vinobha Bhave, Janata Party president Chandrashekhar (1983), and Andhra Pradesh Congress leader YS Rajasekhara Reddy (2004), followed this route.

Since 2004 when Rahul Gandhi entered politics as the first time Member of Parliament and Narendra Modi as Prime Minister in 2014, he has been trying out different images for himself. Rahul is now attempting to portray a new persona. He wants to challenge and ‘rescue‘ the country from Prime Minister Narendra Modi, donning the role of a man of the masses and a grassroots leader – a leader for women and youth.

First, Rahul claimed to be in the learning process throughout the Congress-led UPA rule (2004-2014). He tinkered with the Youth Congress but failed. Then he projected himself as an angry young man, restless to change the system and later on a reformer with new ideas of democracy. After the party’s miserable defeat in the 2014 and 2019 Lok Sabha polls and losing 45 state assembly elections, Rahul resigned as the party chief in August 2019. And since then, he has been working through remote control.

Rahul is attempting a last-ditch effort with this   Bharat Jodo Yatra to connect with the sections that have moved to other parties. Congress has been out of power since 2014.. The next Lok Sabha polls are scheduled in March/April 2024. The Congress workers and the supporting masses will be demoralized.  If the Congress loses for the third time.

The current campaign will provide him with a platform to improve his image. The mass contact programme is a significant show in the post -Independent India, with a sizable contingent of Congress members, including party MPs, participating, covering  3,500 kilometres through twelve states and two Union Territories in the next 150 days beginning  September 7. Over 200 civil society organizations also support the move. The slogan for the Yatra is “mile kadam, jude vatan” (walk together, unite the country).

During the 150 days of the Yatra, Rahul Gandhi will remain a great listener. “This is a public, open, transparent exercise,” says party spokesman Jairam Ramesh. Rahul has little to show what he has done so far. On the other hand, the BJP wants to depict Rahul as intellectually inadequate, emotionally unstable, organisationally inept, and an alleged money launderer.

This Yatra is the most protracted campaign in Rahul’s nearly two-decade political career. He has cycled to Parliament to protest against high fuel prices. Rahul’s strategists have released pictures of his bodybuilding exercises, his culinary skills and swimming with the fisherman.

The question is whether Rahul can convert the crowds into voters and also just physical contact with the masses would be of how much help in the digital age. Rahul claims he will be an alternative to the “politics of fear, bigotry and prejudice” and the “economics of livelihood destruction, increasing unemployment and growing inequalities”. He aspires that the Yatra was like a Tapasya for him and that he was ready for the “long battle” to unite the country.

However, there are many ifs and buts in this gamble. Will Rahul be able to go through this ordeal without taking a holiday break? Secondly, sustaining the public interest for five long months is hard. Rahul has to find something new to keep himself and Congress in the news. He will not even be able to quit halfway without losing face. Thirdly, the momentum should be sustained until the 2024 polls. It is a challenging work for Rahul ahead. Fourthly, he can enjoy the success of the Yatra only if he leads from the front.

Eyeing the party’s revival ahead of the 2024 elections, the party chief Sonia Gandhi described the march as a “landmark occasion”. She hoped that the march would help rejuvenate the grand old party.

The Yatra could be a “transformational moment” for Indian politics and a “decisive moment” for the party’s rejuvenation. Rahul and the party should not miss this opportunity. He needs to impress the public that he is a ‘doer’. Mass contact programmes generally help politicians. (IPA Service)

Political Corruption Is Eating Into Heart Of Indian Economy
Posting....