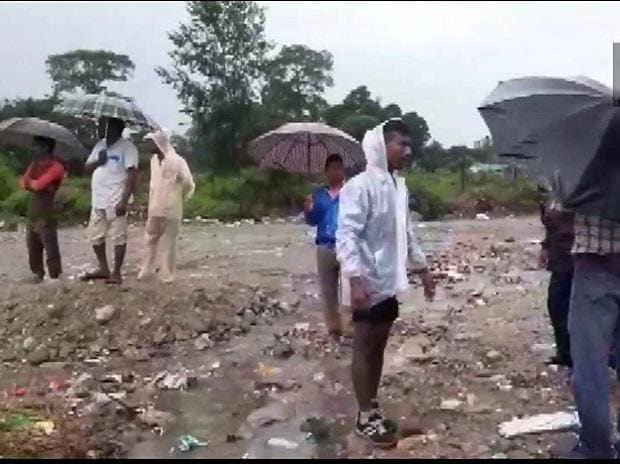 Questions outnumber answers in the tragic death of eight persons in a flash flood in Mal river in North Bengal recently. Even as the Opposition is crying itself hoarse that a “temporary barrage” allegedly in aid of the sand mafia led to the tragedy, the theory floated by some of the Trinamool Congress big wigs that immersion of the idols of the goddess and her entourage would have been an impossibility in the absence of the barrage adds to the complexities of the matter.

Later officials stated that a “channel” had been made to ensure sufficient river water for immersion. But one remains in the dark about why only a handful of government personnel were on duty when there was need for more to be pressed into rescue operations.

Mal cannot be described as a fast flowing stream rising from the hills. But it is learnt had a “temporary barrage” on it sans experts’ nod not been built and in the backdrop of a warning of skies opening up heeded, the loss of lives could have been prevented.

Gorubathan received 68 millimetres of rain, according to state agriculture department sources. But experts feel such a quantum of downpour is  insufficient to trigger a flash flood or “harpa ban” as it is termed in local parlance.

Mal had knee deep water on Wednesday, the day the immersion took place and the tragedy. It needs to be mentioned that the barrage had been built by the local civic body. It was to ensure obstruction of current on Mal’s banks to make the immersion process was not robbed off any pomp and pageantry.

It resulted in expansion of the area where the immersion was scheduled to be held. But when the “harpa ban” struck, the sudden spurt in the river water struck the temporary barrage. The water overflowed and made its way to the bank. The people scrambled to the other side only to be swept away though quite few were rescued by a brave heart.

While administration has rubbished any link with the sand mafia, some local people opine that unregulated lifting of sand and boulders from the river bed have caused this accident. The allegation has been binned by experts who feel that a cloudburst at a greater height have led to this tragedy.

Mal river is no stranger to “harpa ban”. It’s catchment area is in Mission Hills in   Bagrakot in the southern slope of the Himalayas.. This region receives high intensity rainfall. But owing to its not too large catchment, the water inundates low lying areas, it was learnt.

Of the rivers in Dooars as this region is known as, this area is watered by Dima, Sukriti, Pagli, Bala, Ghis, Loss all of which are prone to flash floods. So is Mal. The situation has worsened by illegal quarrying and coming up of unauthorised settlements.

Though many of the local people are aware of this menace of flash floods, matters seemed to have been overlooked in the hullabaloo of the immersion ceremony. The people were caught unaware of the rising water which rose higher from knee deep height and swept away the people.

Incidents of previous flash floods seem to have left no lessons. More than a decade ago a family of an army officer was swept away in the Mal. A truck which had come to load sand from the river bed had a similar fate. A garden of the state forest department was destroyed in a flash flood.

Caution seems to have been thrown to the winds in the height of festivity. As one sends up a silent prayer for the deceased, let the local administration and the populace watch their steps when the biggest festival of the state comes calling in the years to come. (IPA Service)

Uddhav Thackeray Is Emerging As A Principled Leader In His Battle Against Shinde
Posting....