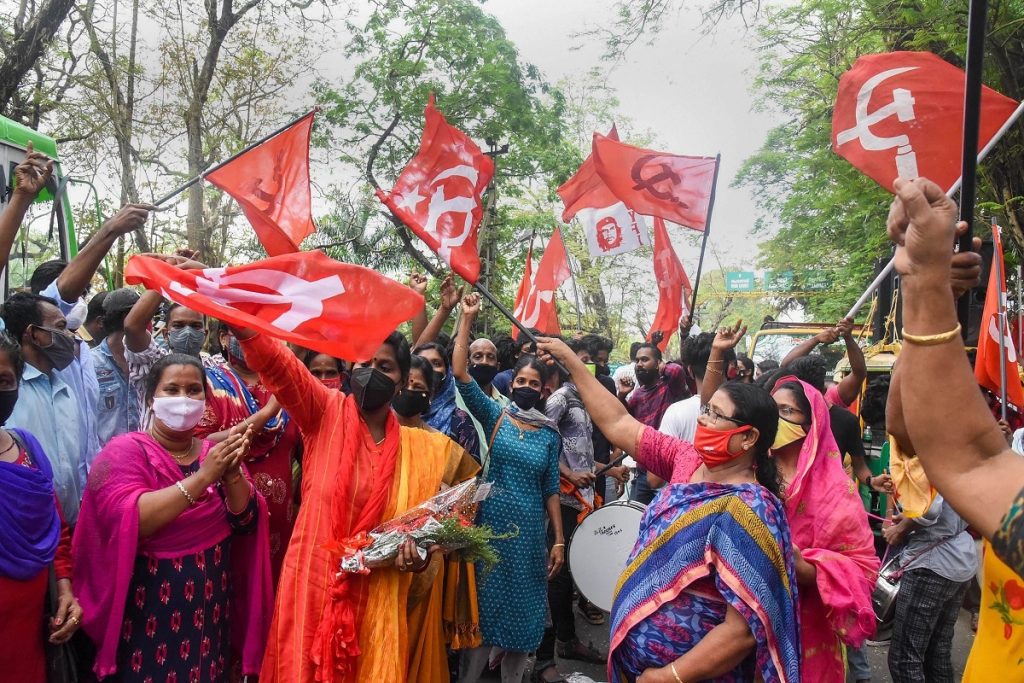 THIRUVANANTHAPURAM: It was a controversy that the CPI(M) could have done without at this crucial juncture. But that was not to be.

The controversy erupted when newly-appointed Left Democratic Front (LDF) convener E P Jayarajan ‘invited’ the Indian Union Muslim League (IUML), an ally of the Congress in the United Democratic Front (UDF),  to  join the LDF. The offer, EP said, was part of the effort to expand the LDF. “It is up to the IUML to take a call on whether to join the Left Front or not. The IUML is under pressure as they have differences of opinion with the UDF on many issues. If the IUML leaves the Congress-led UDF, the Left Front will consider taking them.” Resentment was also growing within the UDF and several unexpected parties could also join the LDF, added EP, who is no stranger to controversies. Jayarajan however, beat a hasty retreat when the party disapproved of his stance vis-a-vis IUML.

Jayarajan had also given the Revolutionary Socialist Party(RSP) hopes of a re-entry into the LDF. The allies of UDF are feeling suffocated. For instance, the RSP, EP claimed, had lost its base after its alignment with the UDF. Nationalist Congress Party(NCP) leader Mani C. Kappan was also welcome to rejoin the LDF, Jayarajan opined.

Jayarajan’s statement represented a significant shift from the time when A Vijayaraghavan was at the helm of LDF. The latter had alleged that the IUML had become a religious fundamentalist organisation.

Senior IUML leaders, however, said a No to the EP offer.  Joining the LDF is not on the IUML’s agenda. Right now, the priority is to strengthen the UDF, said senior IUML leader P K Kunhalikutty, who has a good rapport with Chief Minister Pinarayi Vijayan and other CPI)M) leaders.  “That was just a casual reference by Jayarajan. I do not think they even discussed such a possibility within the LDF. Jayarajan was expressing his personal political opinion. There s no reason per se for the IUML to take up the issue for discussion,” Kunhalikutty added.

Greater opposition to the EP invitation came from another senior IUML leader M K Muneer. IUML is not wandering like a ghost looking for an opportunity to get into the Left camp, said Muneer. The League, Muneer said, was not desperate for a berth. He however thanked the LDF for realising the party’s worth. “We will stay put with the UDF,” remarked Muneer, who is known for his fierce opposition to the idea of joining hands with the CPI(M). The majority in IUML seems to favour the hardline taken by Muneer on the issue. It is also a clear message to Kunhalikutty for being soft on an understanding with the LDF.

Significantly, the CPI(M)’s State Secretariat snubbed Jayarajan for his offer to the IUML. Jayarajan should exercise greater care while making policy statements, said the Secretariat in a clear rejection of his invitation to the IUML. There is no move for an expansion of the LDF as of now. Therefore, the question of admitting IUML or any other party does not arise. That was the burden of the CPI(M) state secretariat’s song.

As if this was not enough, CPI state secretary Kanam Rajendran also openly rejected Jayarajan’s statement.  Kanam termed it as Jayarajan’s personal opinion, adding that LDF expansion is not on the agenda.  No discussions have been held in the LDF on the expansion of the front, Kanam said. “The IUML is now a part of another political front.  What Jayarajan said can, therefore, be considered only as his individual opinion. The CPI is not against LDF expansion. But the Front should discuss it first,” said Kanam.

As for the Opposition, the Congress has strongly criticised Jayarajan’s statement. The LDF convener, leader of the Opposition V D Satheesan said, should first set his house in order before inviting others. He need not worry about the UDF as it is the LDF which is plagued by problems, Satheesan remarked.

It may be mentioned that the entry of IUML into the LDF had been mooted in the 1980 as well. The idea was shot down on the ground that the admission of IUML to the LDF would only help the BJP, which was growing fast at that point of time. This time around too, the move has been rejected for the same reason, it seems. The exit of the IUML from the UDF would considerably weaken the Congress, paving the way for the BJP to regain its lost space in the State’s political landscape. But a significant remark came from second-level IUML leaders, who preferred anonymity. Joining hands with the CPI(M)-led LDF may not be practical given the prevailing political situation in the State. But an alliance of all secular, left and democratic parties was an essential prerequisite to total unity against the BJP at the national level.  The need of the hour, they say, is replication of the Tamil Nadu-type alliance which includes parties like the CPI(M), CPI and the Muslim League.

The controversy over Jayarajan offer may have died down for the time being with the CPI(M) frowning upon it.  But the last word on the issue has not been said. That is for sure. (IPA Service)

Hindutva And Mobocracy Are Running Side By Side In Indian Politics
Posting....