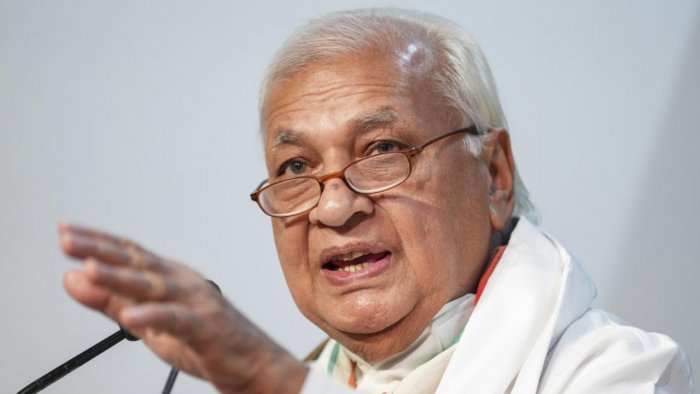 It was a tweet that shouldn’t have surprised anyone who has followed the feud between Kerala   Governor Arif Mohammad Khan and the CPI(M)-led Left Democrat Front (LDF) Government.

“The CM and council of Ministers have every right to advice the Governor. But the statements of individual ministers that lower the dignity of the office of Governor, can invite action including withdrawal of pleasure” Khan said in a tweet earlier.

Yet, even by the recent standards of Government—governor spats and Khan’s own pugnacious record, his remarks—a thinly veiled threat to ministers who took him on that they would be sacked—were seen by many as having crossed the limits of propriety and gone behind his constitutional jurisdiction.

Since Khan assumed office in Kerala in September 2019, the tussle between the Governor and the government has been a recurring theme—from disagreement over appointments of vice-chancellors to Khan alleging that he was physically targeted during the Indian History Congress in December 2019.

But unlike the open rancour of a Jagdeep Dhankar vs CM Mamata Banerjee fight in West Bengal or the one between Delhi LG V K Saxena and chief minister Arvind Kejriwal, Khan has on occasions taken even  his detractors by surprise by reaching out—earlier this month, when CPI(M) politburo member Kodiyeri Balakrishnan died. Khan travelled to Kannur to pay his respects to the veteran leader.

Those close to him say it’s this adaptability that has been recurring theme of Khan’s career as a politician and now a constitutional authority, a trait, they point, that came in handy as he switched parties  at ease  during his decades– long political career—from the Congress to the Janata Dal, BSP and  finally   to BJP.

Khan was 26 when he became an MLA on Janata Party’s ticket from Saina in Uttar Pradesh, a few years after he began his political life as student activist. As President and general secretary of the Aligarh Muslim University Students’ Union in the early 1970s, it is said that Khan refused to invite Islamic clerics to the university.

As a debutant MLA, Khan was made deputy minister in-charge of Excise, Prohibition and Wakf in the Janata party government but resigned months later over his handling of the Lucknow riots between Shias and Sunnis. He later joined the Indira faction of the Congress. In 1980, Khan — who, was then an AICC joint secretary — entered Parliament for the first time and soon found a place in the Indira Gandhi cabinet too—as a Deputy Minister in-charge of Information and Broadcasting.

What stuck was a position he took in Rajiv Gandhi-led Congress government. Khan who held the portfolios of Energy, Industry and Company Affairs resigned in 1986, after the government decided to overturn the Supreme Court judgement in Shah Bano case by bringing a legislation in Parliament.

Khan’s stand was to endear him to those on the Right and a section among the progressive, but angered the Muslim clergy and his own party colleagues. (IPA Service)