As Prime Minister, Rishi Sunak Won’t Change The Course For The Tories 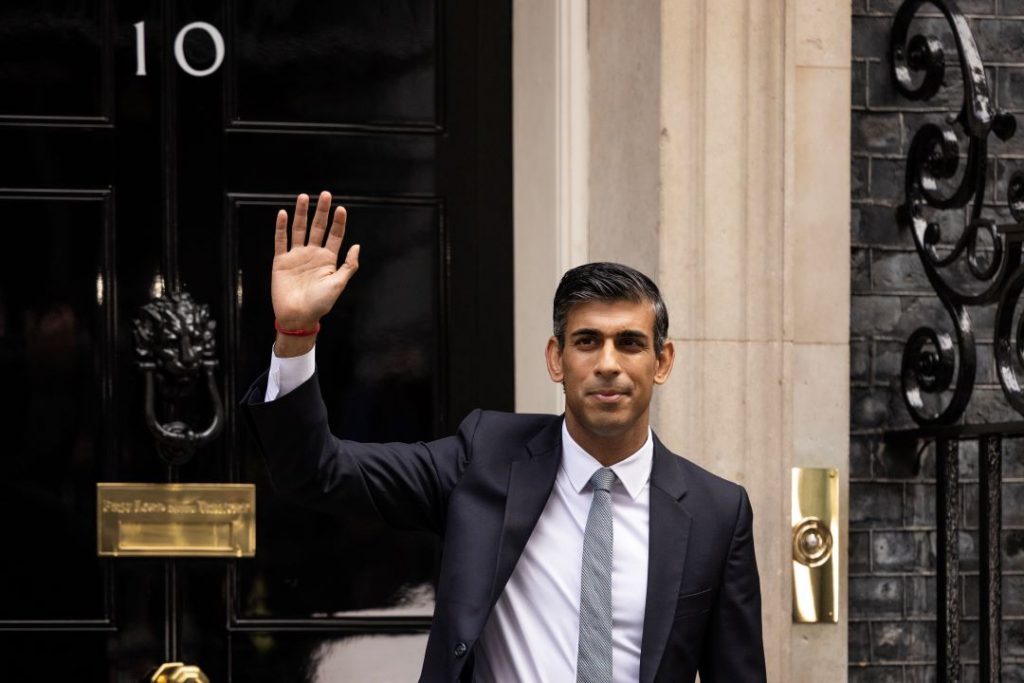 Since November last year, the UK’s ruling Conservative Party has been gripped by rebellion, chaos, and a collapse in popular support. Be it revelations that Boris Johnson partied in Downing Street while the nation groaned under the weight of COVID restrictions or Liz Truss’s tax cuts for the rich during a sharp rise in inflation, this ten-month period has been the most painful in the Tories’ recent history. And with the appointment of Rishi Sunak as the new prime minister by a cabal of MPs, the agonies are not about to abate.

Sunak has three tasks to perform. With the pound and UK government bonds getting tossed around by the turbulence of the global money markets, the former chancellor has to offer the squally seas something to  calm them. This will come in the form of a program for paying down state debt, and the Financial Times briefed this morning that Sunak has set a five-year target to get it falling. This means continuing with the emergency reversal of Truss’s ill-fated mini budget under the new chancellor and former health secretary, Jeremy Hunt. The markets did not move in either direction following news of Sunak’s appointment, and so this can be chalked up as a victory of sorts.

The second is to make sure everyone but the wealthy and the Tories’ core supporters pay for the crisis. This means another round of “balancing the books” by further cutting a public sector already weakened by more than a decade of austerity. That said, this is much easier said than done, as the Tories are already overseeing industrial disputes on the rail network and at Royal Mail, with strike action also due from university workers and the threat of stoppages from nurses. There is a chance that the government is taking on too many fights at once to force such a program through, and a forced retreat would prove catastrophic for the new prime minister’s fledgling authority.

The third task is to bring the Tories back together as a viable party of government. The Daily Express, a paper whose current raison d’être is the slavish worship of Boris Johnson, reported that many Johnson supporters are now willing to throw their lots in with Sunak — many, but not all. An anonymous Tory has branded Sunak a “a plutocrat with no real principles at all.” Lee Anderson, an MP on the party’s far right and chair of the party’s self-declared “blue-collar” group has proclaimed “anybody but Rishi.”

Chair of the Tory think tank, the Bow Group, said tens of thousands of members were likely to depart after they were denied a vote by the manoeuvring of MPs, and Nadine Dorries — Johnson’s former culture secretary — is on the record for saying that Sunak lacks legitimacy because he does not have a mandate of any kind.

Moreover, if Sunak tries to implement another round of austerity, he’s likely to face opposition from his own backbenchers. Winning dozens of former Labour seats in the 2019 election has made a layer of new Tory MPs vulnerable to the political fallout from their traditional attacks on the poor and the vulnerable. Johnson had political sense enough to realize this and therefore promised to “level up” areas of the country that had suffered under the decade of Tory rule.

It’s important to note that while Sunak was chancellor, he sought and managed to frustrate these ambitions to address the UK’s regional inequality. What remains of the agenda is likely to get scaled back even further when his new program for government is unveiled on Friday. These MPs, organized under the Northern Research Group, were a source of instability during Truss’s brief reign because she refused to guarantee an uprating of social security payments in line with inflation. By implementing more cuts, it’s difficult to see how Sunak can escape causing more turmoil.

Sunak was once lauded thanks to his overseeing the job guarantee scheme and loans and grants to businesses that kept millions of people afloat during the acute phase of the COVID crisis. But this political capital was swiftly thrown away when he announced a rise in National Insurance in September 2021, got a police fine for attending a gathering during COVID restrictions, and lost face after it was announced his billionaire wife was a beneficiary of a tax-avoidance scheme.

He has a reputation for being smooth and relatively charismatic, but he is politically flat footed and his rise to the top quite sudden. If a master of bullshit and skulduggery like Johnson could not bring the Tory party to heel, the chances of Sunak doing so must range from slim to nonexistent. (IPA Service)