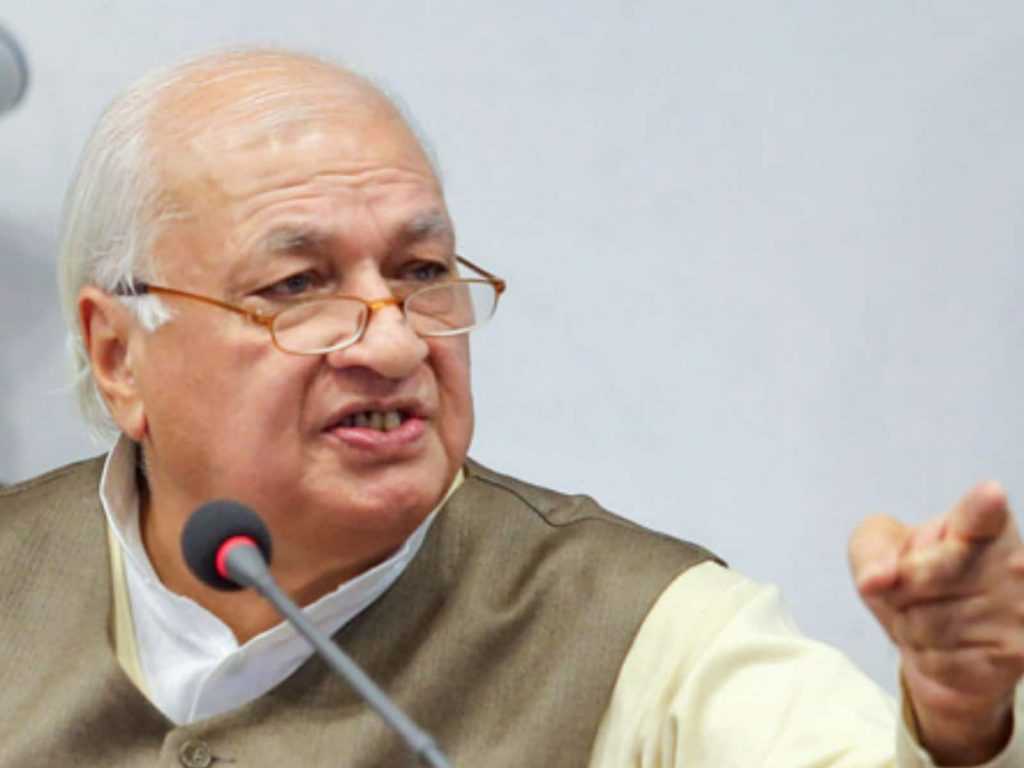 Achary said the judgment should be subjected to a review as the appointment of the KTU VC was legal. The former LS Secretary General was also critical of the action of Kerala Governor Arif Mohammed Khan in ‘using’ the verdict against KTY VC to demand the resignation of 9 other VCs in Kerala. Achary made it clear, in an article in the CPI(M) daily “Deshabhimani” that the SC verdict was limited to only the KTU VC. The Governor’s action in using the verdict to seek the removal of other VCs was wrong.   Judgments in  individual cases apply only to individuals and not otherwise, argued Achary. Hence his case for a review of the SC verdict on the KTU VC.

The apex court had held that a VC-search-cum-selection committee constituted in contravention of the norms or appointment made on the basis of a single-named panel shall be “illegal and void ab initio”.  The UGC guidelines say that the panel should suggest at least three names and not a single one. Khan said in view of the judgment, the appointments made in the state universities contrary to the law have to be rectified. Therefore, the Chancellor  contended, fresh appointments have to be made in accordance with the law!

The Vice-Chancellors, however, refused to quit and sought legal remedy.  The SC verdict also took exception to the Governor’s unseemly haste in seeking the resignation of 9 VCs. They should have been given adequate time to give their explanations. The judgment, which has come as a setback to the Governor who is also the Chancellor, gives temporary relief to the VCs. They have now time till November 3 to give their explanation to the show-cause notices issued by the Chancellor. And till a final decision is made by the Chancellor, the VCs can continue in their posts, the apex court ruled.

Legal experts are, however, divided over the issue. A section of experts says that the Chancellor is bound by the SC’s declarations of law and has to act in accordance with its verdict. Another section says since due process has not been followed in this case, the move will not stand legal scrutiny.

The Government’s contention is that the UGC guidelines for selection of Vice-Chancellors are only advisory and not directive in nature.  Besides, the judgment also contradicts other SC verdicts on the legal standing of the UGC norms.

LDF leaders, on their part, contend that the SC verdict is confined to the appointment of the KTU Vice-Chancellor. The Chancellor, therefore, cannot ‘misuse’ it to pursue his political agenda of effecting saffronisation of higher education. The Governor is functioning as the agent of the BJP in this connection, they argue.

They are also of the firm view that Arif Mohammed Khan should be the first to resign as he himself violated the UGC guidelines in VCs’ appointment.  For instance, last year, a search committee constituted by Khan to shortlist a VC for the Sanskrit University had recommended only the name of MV Narayanan to the post.  The Governor had criticized the search committee for recommending a single person instead of a panel of names as laid down by the UGC guidelines.  The Governor delayed his decision by three months. But ultimately he appointed Narayanan to the post in March this year. It is evident that the Governor was aware of the UGC guidelines’ violation in this case.  Then, why did he clear the appointment of the Sanskrit University VC?  No satisfactory answer has come from the Governor’s side.

Again, when it came to the selection of Fisheries University VC, the search committee proposed only a single name. This was again in clear violation of the UGCV guidelines, but the Governor did not deem it fit to oppose it!

The Governor was again in the wrong in the reappointment of Gopinath Raveendran as the Kannur University VC. But he cleared his name only to admit his mistake later! He went to the extent of blaming the Chief Minister of putting pressure on him to appoint Raveendran as the Kannur VC!  If the Governor was so sure of the violation of UGC guidelines in this case, he should have refused to clear the appointment. He did nothing of the kind. All the three cases mentioned above make it abundantly clear that the Governor has no moral right to seek the resignation of VCs on the ground of guidelines’ violations. The reason: he himself is guilty of the violation of UGC guidelines.

The  Congress-led United Democratic Front(UDF) is sharply divided over the Governor’s action. While Kerala Pradesh Congress Committee (KPCC) chief K Sudhakartan and leader of the opposition VD Satheesan welcomed the Governor’s action, senior party leaders K Muralidharan and PJ Kurien came down heavily on the Governor’s action. Murtalidharan went on to say that the opinion voiced by AICC general secretary in charge of organizational matters KC Venugopal was the Congress’s official stand on the matter.

The Indian Union Muslim League, the second most powerful partner in the UDF also opposed the Governor, saying that his actions were unacceptable.  It is clear the State Congress leaders are trying to score brownie points to seek short-term political gains, oblivious of the dangers the Governor’s actions pose.

The Pinaryi Vijayan-led LDF Government has, in the meantime, decided to step up the movement against the Governor. It has decided to launch a statewide agitation from next month.  All this shows that the Governor-Government faceoff shows no sign of let-up. (IPA Service)