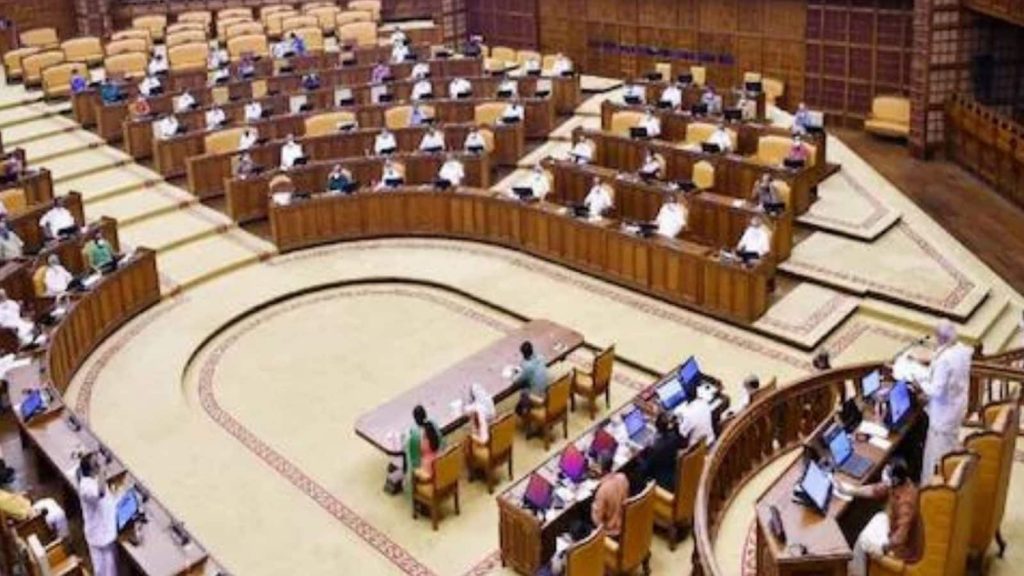 The Opposition United democratic Front (UDF) has demanded an apology from Mani, who had remarked that the CPI(M) was not responsible for Rema becoming a widow. Rema is the wife of RMP leader TP Chandrashekharan who was brutally murdered in 2012. Mani said the CPI(M) had no role in TP’s murder. An unrepentant Mani added insult to injury by denying that the CPI(M) had any role in the murder and refusing to apologise. Speaker M B Rajesh had to adjourn the House in the face of a strong protest by the opposition.

An agitated Leader of the opposition, V D Satheesan asked: ‘”Do you want to name the CPI(M) judge who sentenced TP Chandrashekharan to death for breaking away from the party to form the RMP?” Many other Congress leaders also condemned the Mani remark.

A visibly upset Rema said she expected either the Speaker or the Chief Minister to disown the remarks, adding that the people who made me a widow are attacking me again and again. “What message do they want to give the society? She asked.

CPI leaders, however, chose to disagree. Party leaders like Annie Raja it was wrong to dwell on personal tragedies to score political points. Another CPI leader Binoy Viswam also identified himself with the sentiments voiced by Annie. CPI state secretary Kanam Rajendran, however, said the incident occurred within the Assembly, adding that the Assembly had, in the past, seen both the ruling and opposition fronts making similar remarks.

It is unfortunate that the CPI(M) leaders have refrained from disowning Mani’s remarks. Failure to condemn it can only create problems for the party and the Front. It cannot but cast a shadow on the LDF’s consistent stand on protection of women. Incidentally, state women’s commission chairperson P Sathidevi has also opted not to comment on the issue.

It would have been better if they had condemned Mani’s remarks. What is more, the CPI(M) leadership should rein in party leaders making controversial remarks and landing the party and the government in trouble repeatedly.  That would have prevented the Opposition from taking up the issue and launching an agitation till Mani tenders an apology. The net result would be a further escalation in political tension in the State.

This is the second time in recent times that CPI(M) leaders have pushed the party and the government led by it on the defensive. Only a few days back, culture minister Saji Cherian had put the CPI(M) and the LDF Government in a tight spot with his controversial remarks against the Indian Constitution.  The Mani episode has come even as the party and the Government are trying to shake off the adverse effect of that incident.

The LDF and the CPI(M) managed to defuse the tension then  by securing the resignation of Cherian from the ministerial position. In the same spirit the CPI(M) leadership should have asked Mani to withdraw his remarks and apologise. Refusal to rein in party leaders indulging in loose talk can only pose serious problems for the party and the government in the days ahead and erode the voter base of the LDF in general and the CPI(M) in particular.   The CPI(M) must crack the whip  to avert recurrence of such incidents which tarnish its image. (IPA Service)