Continuing Russia-Ukraine War Is Leading To Apprehensions About Escalation 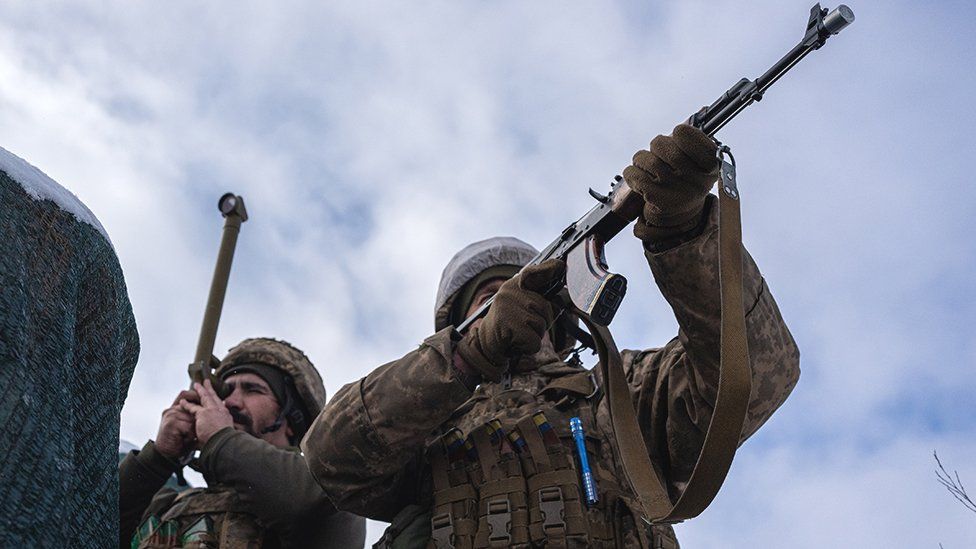 Studies conducted by the International Physicians for the Prevention of Nuclear War (IPPNW), Nobel Peace Prize winner in 1985 have shown with evidence that a nuclear exchange between major nuclear powers, would be end of modern civilization built through thousands of years of human labor. The nuclear exchange would lead to formation of huge amount of smoke and suit in the atmosphere. This would in turn obstruct sunlight from reaching the earth surface. It will cause drop in temperature of earth leading to nuclear winter. As a result there would be crop failure and starvation of billions of people and livestock.

Bombardment by the Russian army has already caused immense loss of lives and resources in Ukraine. Reports suggest Ukraine’s mounting death toll includes a growing number of researchers, Physicists, chemists, and mathematicians among the thousands killed. (https://www.science.org/content/article/ukraine-s-mounting-death-toll-includes-growing-number-researchers) There have been reports of deaths of several Russian soldiers as well. Several cities of Ukraine have been virtually turned into rubble. Millions have fled Ukraine and are living in refugee camps in Poland, Romania and other countries. As always happens in the refugee camps these people are facing several hardships, physical and mental trauma with reports of increasing abuse of women and children.

This is the time for vigorous peace talks, but they seem to have taken back seat. International efforts to end the war too have dimmed.

Whereas Russia is losing a lot on the economic front as a result of sanctions, other countries too are bearing the brunt. Russia is the main source of Gas supply to the European countries. Any cut in the supply will lead to shortage of gas in the Europe with detrimental effect. The war can cause serious crisis of food security in the world. According to economist Aunindyo Chakravarty both Russia and Ukraine together are responsible for 1/4th of global export of Wheat, 1/6th of Maize and 3/4th share in the Sunflower oil. The two together also supply 1/5th of fertilizers to the world. As a result of war the prices of all these have increased.

It was expected that in the COVID times the world will unite together to formulate future strategies to prevent such diseases and their health and economic impacts. But it was not to happen. Instead the world has been plunged into arms race and threat of nuclear weapons. Several countries are already on the line to increase their arms budget as a guarantee to security. They are purchasing the weapons in large number. Some countries are in the weapons manufacturing spree. Indian government has already decided to become an arms exporter. Boris Johnson the British Prime Minister who was on a visit to India recently called Indian Prime Minister Narendra Modi as his ‘special friend’ and assured that UK will provide India knowhow on manufacturing ‘battle-winning’ fighter aircraft. The arms race is going to increase causing further misery in the poor countries.

Whereas people want immediate cessation of war through resumption of dialogue between the warring parties, it appears the arms manufacturers and sellers around the world will not let the war to end soon. Instead of taking initiative for necessary steps to end the war, the US and the NATO are instigating Ukranian Prime Minister Zelensky by clapping at his speeches sitting in their Parliaments. They are supplying arms to Ukraine to keep on fighting even at the cost of the lives of hundreds and thousands of the people.

Whereas Vladimir Putin’s action of aggression cannot be condoned, the role of NATO and the US is highly conspiratorial. The very existence of NATO is questionable. NATO came into existence on 4th April 1949 after the Second World War. In fact, the alliance’s creation was part of a broader effort to serve three purposes: deterring Soviet expansionism, forbidding the revival of nationalist militarism in Europe through a strong North American presence on the continent, and encouraging European political integration. The major reason was to counter Soviet Communist block. The Warsaw Pact came into being on 14th May 1955, six years after the formation of NATO with the purpose to counterbalance the NATO.

Since the Warsaw Pact does not exist anymore, there is no justification in continuation of NATO but for serving the interests of global military industrial complex. Unfortunately after the fall of Soviet block, instead of dissolving the NATO, number of countries in the NATO has increased. The war has given excuse to some governments to join NATO to get security umbrella. Reports that Sweden and Finland intend to join NATO are a dangerous signal. There is fear that more military blocks will come up in Asia and other continents, further leading to increase in the arms race. We are already witnessing the groups like AUKUS and QUAD. However the role of India in not aligning with any side is appreciable and represents carrying forward the legacy of Non Aligned Movement (NAM) started by Nehru, Tito and Nasser which is much needed in the present day world.

The IPPNW of which the author is a Co-President, as a partner in the International Campaign to Abolish Nuclear Weapons (ICAN) has repeatedly called upon all the countries including the nuclear weapons possessing countries to join Treaty Prohibiting Nuclear Weapons (TPNW) to save life on earth. The Doctors affiliated to IPPNW have taken a pledge to not let this catastrophe happen. The message from the recent Board and International Council meetings of the IPPNW is that people are a big force and they will not let their species to vanish from Earth? They have decided to forcefully raise this in the first Meeting of States Parties (1MSP) to the TPNW scheduled for 21-23 June 2022 in Vienna, Austria. (IPA Service)

How Free Will Be The Social Media Giant Twitter Under Elon Mask?
Posting....