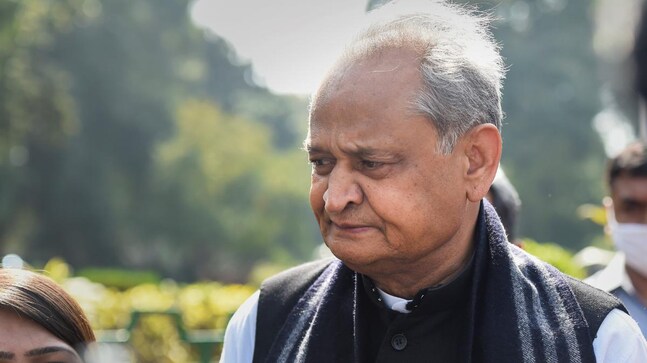 Rahul Gandhi and the Bharat Jodo Yatra were in the Muslim-majority Kerala district of Malappuram the day before yesterday. Then, September 28, the ‘Yatra’ made its triumphant entry into Wayanad, Rahul Gandhi’s parliamentary constituency. Another day, and Bharat Jodo Yatra would be clean out of Kerala, into Tamil Nadu and next breathing Karnataka air.

But carry out a straw poll in Malappuram, and Wayanad, and Rahul Gandhi will be crowned ‘Emir’ or ‘Sultan’ of all he surveys, his popularity in the Muslim-majority areas of Kerala is unparalleled. However, Malappuram and Wayanad are not the only ‘Bharat’ the Yatra will have to cover. There’s a whole distance of the country it will have to traverse before it can claim to be Bharat Jodo Yatra, even then.

That said, every step forward is one step closer to Kashmir, the final destination. That is, if Congress communications head Jairam Ramesh didn’t deviate with inane comments like the “Cheetahs were released to divert attention from Bharat Jodo Yatra”, when he himself was the one raising and bringing cheetahs into the discourse.

Jairam Ramesh has nothing to contribute or say about the dilemma in the Congress presidency race. What will happen when the ‘BJY’ enters Karnataka, which is Jairam Ramesh’s home-state?  For sure, he will throw himself into the ‘Yatra’ like there was no Tipu Sultan! Jairam Ramesh is neglecting his primary duties. The other day he tweeted a picture of him raising the tricolour at the “container camp” of the BJY for that day.

Like Anand Ranganathan, a chemistry professor of JNU will complain, “Navika, this is too much, Jairam Ramesh should tell us the latest on the Congress presidency; after all, he is the communication chief of the Congress!” Right, who will be Congress President now that Rajasthan Chief Minister, and that likely not-for-long, Ashok Gehlot has screwed up his chances and laid the door split wide open for whoever has the guts to lay claim to this crown of thorns?

For now, the UN-returned and Thiruvananthapuram-anointed  Member of Parliament Shashi Tharoor appears to be the only Congress leader thrilled at the prospect of becoming Congress President. Shashi Tharoor is one foot in the BJY, and the other in Delhi’s Congress circles, where the buzz remains “Rajasthan” is overshadowing the Congress presidency dilemma. The sure-shot candidate Ashok Gehlot hasn’t been able to pull himself out of the Rajasthan hole he dug for himself.

And while he did that, “Shashi Tharoor for Congress President” went clear out of the mind of everybody except Shashi Tharoor. People spoke of Digvijaya Singh’s hat also in the ring. But communications head Jairam Ramesh wouldn’t confirm or deny.

The Congress right now is the “closed corporation”, the term BR Ambedkar used to use to give an acceptable impression of Islam. Jairam Ramesh, for all his erudition cannot express himself like Ambedkar, which is a pity because at this juncture in Congress history, when there  is so much momentous happening, there is a need for presenting clarity on who should become Congress President and why, what sets one man apart from the rest in the race?

However, to be honest, one will get more from bird-watching than from Congress-watching these days of the Congress discovering and rediscovering itself. Like the man said about two religions, one should come clean on what it thinks of the other to come to a conclusion. Till then, there will be no end to the battle of civilizations. The dilemma in the race for Congress presidency will also only end if the Gandhi family deigns to end the dilemma, and communication head Jairam Ramesh communicates the conclusion, which is what is his designated job, and not raising the tricolour at BJY container camps! (IPA Service)