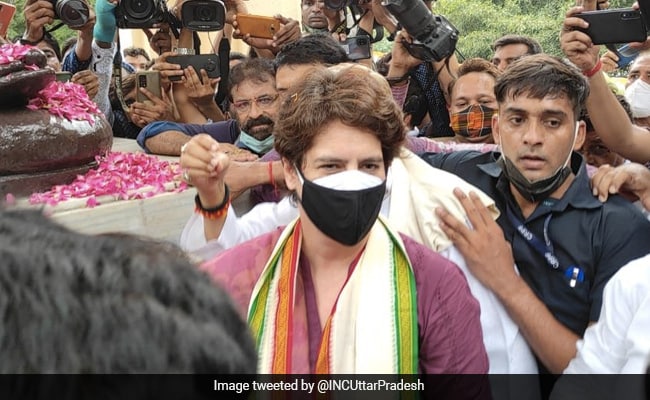 The Compliance Audit Report of the Comptrollers and Auditor General of India (CAG) has exposed numerous cases of irregularities and corruption in Uttar Pradesh on which the state government did not take prompt actions even when they were pointed out making the real intention of the government a suspect of their complicity. The total financial impact of the audit findings included in the report for the year ended March 31 2020 is Rs418.13 crore.

The report should be an eye opener for all those who are hypnotized by the continued campaign of the Modi government at the Centre and the Yogi government in the state that there is no corruption and irregularities under BJP rule. Since the state sends largest number of members in the Lok Sabha, and the BJP has set a target to win 75 out of 80 seats, the revelation would be of utmost importance for the people when it comes to vote on the basis of allegations and counter allegations of irregularities and corruption in present or past state governments led by BJP and the opposition parties, such as the Samajwadi Party or BSP.

The present audit compliance report covers as many as 16 departments of the state government along with 52 Public Sector Undertakings (PSUs) and 19 other Entities, autonomous bodies or authorities etc, and hence gives a comprehensive idea as to what is happening under “Yogi Raj” in the state led by the “Modi Raj” at the Centre.

During the course of audit, recoveries of Rs 197.17 crore were pointed out in seven cases in various departments and entities, and were accepted by them, but when it came to action, they made recovery on only Rs 26.73 crore in six cases.

The report has pointed out that the estimated cost of the project was inflated by Rs 75.91 crore due to adoption of rates without obtaining competitive rates from market and adoption of incorrect rates. As the bids were benchmarked against such inflated estimate and justification statement of rates was also not prepared, it resulted in extra expenditure of Rs 64.60 crore when compared to actual procurement cost or correct or reasonable rates.

Then there was irregular substitution of rated to be paid for various items of M-25 and M-30 grade concrete works after award of work resulted in excess payment of Rs 4.02 crore.

UPRNN, in contravention to the provision of the agreement did not recover any amount from the bills of the construction agency against expenditure incurred of Project Management Consultant resulting in excess payment of Rs 3.25 crore.

UPRNN did not even deduct the cost of bought out items from the project cost sanctioned by the government for the purpose of calculation of Architect’s fee resulting in excess payment of Rs 1.49 crore.

UPRNN incurred avoidable expenditure of Rs 2.3 crore because of excess procurement of one transformer, two DG sets and two voltage stabilizers due to incorrect application of power factor for conversion of demand from KW to KVA.

UPRNN earned interest of Rs 36.68 crore on government funds during the period 2015-2021 but the same was not deposited in the treasury. Further, UPRNN recovered Rs 13.69 crore as interest on mobilization advance from the Construction Agency but did not credit the amount to government account.

UPRNN Ltd violated the orders of the state government as well as its own orders for e-tendering while awarding the work of creation and maintenance of social media platforms.

Uttar Pradesh State Bridge Corporation Limited participated in the tender process without including GST in their bid price which led to denial of reimbursement of GST claims by NHAI and consequential loss of Rs 41.99 crore.

Failure in timely implementation of the National Toll Collection Programme deprived Utter Pradesh Road Transport Corporation of cashback of Rs 14.18 crore on payment of tolls and led to an avoidable loss to the same extent.

Uttar Pradesh State Road Transport Corporation made inadmissible and excess payments of Rs 69.84 crore to a private firm in violation of the conditions of the agreement in implementation of a project of ITMS.

The audit of ‘Procurement and Management of Transformers by DISCOMs’ revealed that contracts to the tune of Rs 44.65 crore were awarded during 2016-17 to 2018-19 to the firms not fulfilling the pre-qualifying conditions. DISCOMs even failed to enforce Price Fall Back clause which led to extra expenditure of Rs 1.37 crore.

After debarring a firm for failure of the sample in the quality test PuVVNL received supply of 2,429 transformers of 25 KVA valuing Rs 11.19 crore from the firm in violation of tender conditions.

Dakshinanchal Vidyut Vitran Nigam Limited (DVVNL) short recovered regulatory surcharge by Rs 79.90 crore from distribution franchisee and also suffered loss of interest of Rs 29.97 crore. It failed to ascertain the correct price variation for the extended delivery schedule of distribution transformers led to excess payment of Rs 2.03 crore to the suppliers. It did inflated assessment of requirement which led to unwarranted procurement of SMC boxes with a consequential loss of Rs 2.12 crore. Madhyanchal Vidyut Vitran Nigam Limited procure SMC boxes valuing Rs 7.25 crore which remained unutilized for over four years. Uttar Pradesh Rajya Vidyut Utpadan Nigam Limited made avoidable payment of interest of Rs 6.41 crore with a consequential loss to the same extent, due to incorrect estimation of taxable profit.

Victory Of Far Right In Italy Has Big Lessons For The Left In Europe
Posting....