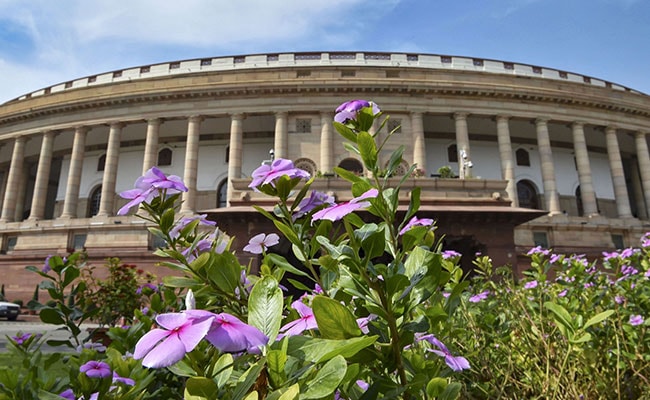 For the first time in around three decades, opposition parties have not been given the chairmanship of any of the four key parliamentary panels in the latest reshuffle announced on Tuesday. Congress MP Shashi Tharoor, who headed the panel on Information Technology, has been replaced by an MP from the Shiv Sena’s Shinde faction. The committee on Home Affairs, which was also with the Congress, has been lost too.

Congress MP Jairam Ramesh has however been kept on as the Chairman of the Committee on Science and Technology, Environment, Forests and Climate Change.

With this, the chair of six major parliamentary committees — Home, IT, Defence, External Affairs, Finance and Health — all are now with the BJP and its allies.

Congress MP Abhishek Manu Singhvi has been replaced by BJP MP and retired IPS officer Brij Lal as the chairman of the Parliamentary Standing committee on Home Affairs.

Shashi Tharoor, who is contesting the party’s presidential polls, has been replaced by Prataprao Jadhav, a Shiv Sena MP from the Shinde faction.

Congress leader in the Lok Sabha Adhir Ranjan Chowdhury, in a letter to Speaker Om Birla last month, said he was “dismayed” to learn from Parliamentary Affairs Minister Pralhad Joshi that a “decision has been taken to withdraw the allocation of the role of Chairperson of the Parliamentary Standing Committee on IT”.

Stating that this is a departure from the existing conventions that have been honoured by successive governments, Chowdhury had said, “The government must understand that both the principle of deliberation and consultation, as well as conventions that encourage bipartisan cooperation within the functioning of critical bodies like DSRCs, must be honoured.”

According to sources, Leader of Opposition in the Rajya Sabha Mallikarjun Kharge had also written a letter to Leader of the House Piyush Goyal, protesting against the government’s move to “take away” the chairmanship of the parliamentary committee on home affairs from the Congress.

The opposition party lost the chairmanship of the House panels on external affairs and finance after the 2019 general election.

The Trinamool Congress, which had the chair of the Parliamentary Panel on Food and Consumer Affairs, has not been given the chairmanship of any parliamentary committee after the reshuffle.

Samajwadi Party leader Ramgopal Yadav has been replaced as the chairperson of the Parliamentary Standing Committee on Health and Family Welfare.

The panel on food will be chaired by BJP MP Locket Chatterjee and Health by her party colleague Vivek Thakur.

Also, the DMK has been given chairmanship of parliamentary panel on Industry, which was till now with the TRS.

There are 24 parliamentary standing committees, of which 16 are headed by Lok Sabha members and eight by Rajya Sabha members.

The panels are constituted every year.