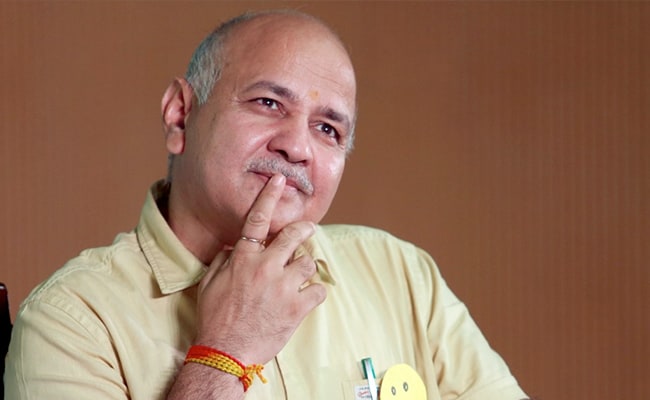 In the scam-versus-scam fight between the BJP and AAP in Delhi, Deputy Chief Minister Manish Sisodia wrote to Lieutenant Governor VK Saxena with a renewed demand for action over a “Rs 6,000-crore scam” in collection of toll tax by BJP-run municipal bodies.

This came a day after the Lieutenant Governor — appointed by the BJP-run Union government — ordered a probe into Delhi’s free electricity scheme, a selling point of Chief Minister Arvind Kejriwal and AAP. Manish Sisodia, in his letter today, also reiterated that “there is nothing at all” in the “liquor policy scam” that he’s accused of in a CBI probe ordered by the Lieutenant Governor in July.

“I had written to you two months ago for a CBI inquiry into the scam of Rs 6,000 crore by the BJP-run MCD (Municipal Corporation of Delhi),” Sisodia wrote, in Hindi.

The AAP has alleged that the MCD colluded with two companies that collect toll tax from 10 lakh commercial vehicles that enter Delhi every day, “but that money does not reach the public exchequer”.

“You did not pay any attention to that scam because it’s done by the BJP,” Sisodia wrote today to the Lieutenant Governor. “Instead, you got my house raided by the CBI, Nothing came of it. The BJP alleged a scam of Rs 10,000 crore. Then you said Rs 144 crore. And the CBI in its case said Rs 1 crore. The inquiry found nothing,” he claimed.

The CBI’s probe is ongoing and it names 15 people, including Mr Sisodia, in the FIR. Two have been arrested so far.

“You are just busy making new allegations every day on an elected government,” Sisodia wrote to Saxena, suggesting that he should, instead, “concentrate on departments that you hold”. The letter lists policing, asking him to “do something about rising crime”, and urges him to “free government land of encroachments”.

“The BJP in its 17 years ruling the MCD has turned the city into a heap of garbage,” Sisodia alleged, continuing with the AAP’s pitch for MCD polls likely to be held soon.

The BJP has repeatedly said allegations by the AAP are just political rhetoric with no basis.