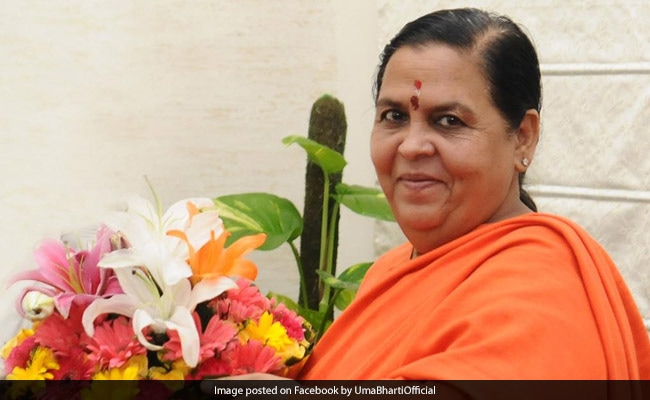 A day after she told BJP supporters that they should “look around” and decide which party to vote for, senior BJP leader Uma Bharti has courted more trouble for the party. Devotion to Lord Ram and Hanuman is not the copyright of the BJP, she said while responding to a question on former Madhya Pradesh Chief Minister Kamal Nath getting a Hanuman temple built in the state.

She has also been cornering the Shivraj Singh Chouhan-led state government with a prohibition demand. Recently, she made headlines for throwing stones at a liquor store while demanding a blanket ban on alcohol in Madhya Pradesh.

Uma Bharti, also a former Chief Minister of the state and one of the party’s tallest leaders there, has reportedly been upset with the party leadership for sidelining her.

“Even Lord Rama had taken a vow not to give up weapons during his exile,” she said, adding that it is not wrong to keep arms, but it’s wrong to have violent thoughts.

Uma Bharti was in Chhindwara, where Pragya Thakur had made her provocative remarks, to participate in several events.

“It’s wrong to compare Lord Shri Ram, the lord of the universe, with Rahul Gandhi. They are only making themselves subjects of ridicule,” she said, adding that there is no need for any ‘Jodo Yatra’ in India.

The divide is more visible in the Congress itself, she said, and further took a jibe at Salman Khurshid. “I thought they had dug him out of the Mohenjo-daro civilization,” she said.