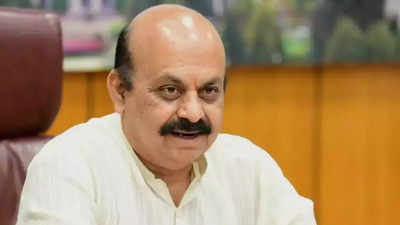 Ahead of the 2023 Karnataka assembly elections, the BJP is likely to undertake a major invasive strategy and major changes will be seen in the state government. While Basavaraj Bommai will remain at the helm as chief minister, he has been advised to be more assertive and effective ahead of the elections. Ending speculation over the CM’s post, Karnataka BJP president Nalin Kateel apprised the media that BJP is “going to the polls together as a team under the leadership of chief minister Bommai and guidance of (former CM) Yediyurappa”. His sentiments were echoed by state BJP in-charge Arun Singh as well as Yediyurappa himself. The BJP also has to decide on filling up five spots in the 34-member Karnataka cabinet, one of which fell vacant after the resignation of Karnataka Rural Development & Panchayat Raj Minister, K.S. Eshwarappa following corruption allegations against him last month. While CM Basavaraj Bommai said that the BJP brass in Delhi would soon take a decision on either expanding or rearranging the cabinet. Legislators eyeing ministerial posts had hoped a decision would be taken on the past Tuesday since Union Home Minister Amit Shah was in Bengaluru. However, Bommai said Shah had told him that he would discuss the matter in Delhi after Prime Minister Narendra Modi returned from his trip abroad. There was widespread speculation that Union Home Minister Amit Shah’s Bengaluru visit could lead to a leadership change in the state and a rearrangement in the cabinet. However, his visit did not yield any outcome and meetings that were scheduled with the state BJP core committee and party leaders to spell out strategies for the 2023 assembly polls were cancelled. This has given rise to speculation that an expansion or cabinet reshuffle is in the pipeline.

The latest high-voltage political development in Bihar involves poll strategist Prashant Kishor, who on Thursday announced that he would undertake a 3000-km padyatra that would begin from West Champaran on October 2, Gandhi Jayanti. Kishor’s stated intentions are to interact with as many people as possible and he called it a part of his mission to bring about “nayi soch, naya prayas (new thinking, new effort)” in Bihar. He is also slated to launch his ‘Jan Suraaj’ campaign to mark the beginning of his new era in the political arena. Earlier, after his talks with the Congress failed, Kishor came to Bihar and tweeted that he would be starting his new political innings on Jan Suraaj (People’s Good Rule) from Bihar, his birth place. Over the past few days Kishor met about 150 people from different streams of life to assess their opinions on bringing about a change in Bihar and what they think would constitute ‘Jan Suraaj’. While declaring his Mission Bihar, the strategist shot down speculation about any alliance with the state’s main parties by criticising the rule of both Lalu Yadav and Nitish Kumar. Prashant Kishor said that the situation was necessitated by the 30 years of “misrule” by Lalu Prasad and Nitish Kumar. He said: “After 30 years of rule by Nitish Kumar and Lalu Prasad, Bihar is the most backward state in India. If Bihar has to develop, it can’t walk on the path it has been walking for the last 10-15 years. It needs a new direction.” Meanwhile when asked about Prashant Kishor’s political plan, Bihar chief minister Nitish Kumar maintained a meek silence on the development and asserted that he had nothing to do with him. On being asked about the announcement made by PK to launch his political forum, RJD chief Lalu Prasad said: “He has come back to Bihar after wandering all across the country. People everywhere else have sent him back to Bihar but he will have no place even there.”

Congress Working Committee (CWC) meeting shall be held at AICC headquarters on 9th May in Delhi. The meeting comes ahead of the ‘Chintan Shivir’ to chalk out the party’s future strategy. While Congress president Sonia Gandhi meeting with senior party leaders on Tuesday to scrutinize the preparations for the three-day Chintan Shivir (brainstorming session) that is scheduled to be held between May 13 and 15 at Udaipur in Rajasthan. Congress leaders K.C. Venugopal, Ambika Soni, Randeep Surjewala and Mukul Wasnik were among those who attended the meeting. In preparations for the Chintan Shivir, CM Ashok Gehlot, K C Venugopal, Ajay Maken and PCC chief Govind Dotasara reached Udaipur on Wednesday. Venues for the meetings of the Chintan Shivir and the stay of the leaders were finalised on Wednesday. CWC member Raghuveer Meena is handling this responsibility in Udaipur. About 400 prominent leaders of Congress including Sonia Gandhi, Rahul Gandhi will attend the Chintan Shivir.

CONGRESS BRACES FOR ‘ONE MAN, ONE POST’ OVERHAUL SOON

The Chintan Shivir of Congress is scheduled to be held between May 13 and 15 at Udaipur in Rajasthan. In this context, the party is gearing up to implement the ‘one man, one post’ rule at both the AICC and state levels. Currently, Congress leaders like Adhir Ranjan Chowdhury, Randeep Singh Surjewala and Mukul Wasnik hold more than one charge. Adhir Ranjan Chowdhury holds the post of Floor Leader in the Lok Sabha and is also the West Bengal party president, while Randeep Singh Surjewala is the party’s Karnataka General Secretary as well as heads the party’s communication department. Mukul Wasnik is Madhya Pradesh party general secretary and also secretary of the party’s Central Election Committee (CEC). In a recent update, veteran Congress leader and former Chief Minister of Madhya Pradesh, Kamal Nath resigned from the post of LoP in the state Assembly. Congress President Sonia Gandhi accepted his resignation and appointed Govind Singh in his place. Kamal Nath was holding the posts of the leader of the opposition and state Congress President. Now he is only the chief of the state unit of the party. Moreover, speculation is rife that the new AICC communication department head will be appointed soon, and the names making the rounds in the Congress are of Manish Tewari, Abhishek Manu Singhvi and Salman Khurshid.

After reaching out to Bhumihars, an influential upper caste in Bihar, Rashtriya Janata Dal (RJD) leader Tejashwi Prasad Yadav on Wednesday restated his demand for a headcount of Other Backward Classes (OBCs), saying he would not allow any census in Bihar unless the Centre agreed to the demand for coming out with the numbers of OBCs, besides the SCs and the STs. On Tuesday, Tejashwi Prasad Yadav had attended an event organised by Bhumihar-Brahmin Ekta Manch on the occasion of Parshuram Jayanti in Patna where the 32-year-old RJD scion urged Bhumihars to come to the RJD fold. Last year, Tejashwi, along with chief minister Nitish Kumar, had an interaction with Prime Minister Narendra Modi to demand a caste census along with national census. Later, Kumar had announced holding an all-party meeting in Bihar to discuss viability of holding a caste census in Bihar at state’s cost. However, Tejashwi’s sudden outburst on the caste census and the threat of not allowing population census without it comes at a time when he is wooing the general category castes in Bihar in a bid to rid the RJD of the tag of being a party only of Yadavs and Muslims. (IPA Service)

Chinese Yuan Steadily Improving Its Position In Global Market At The Cost Of U.S. Dollar
Posting....