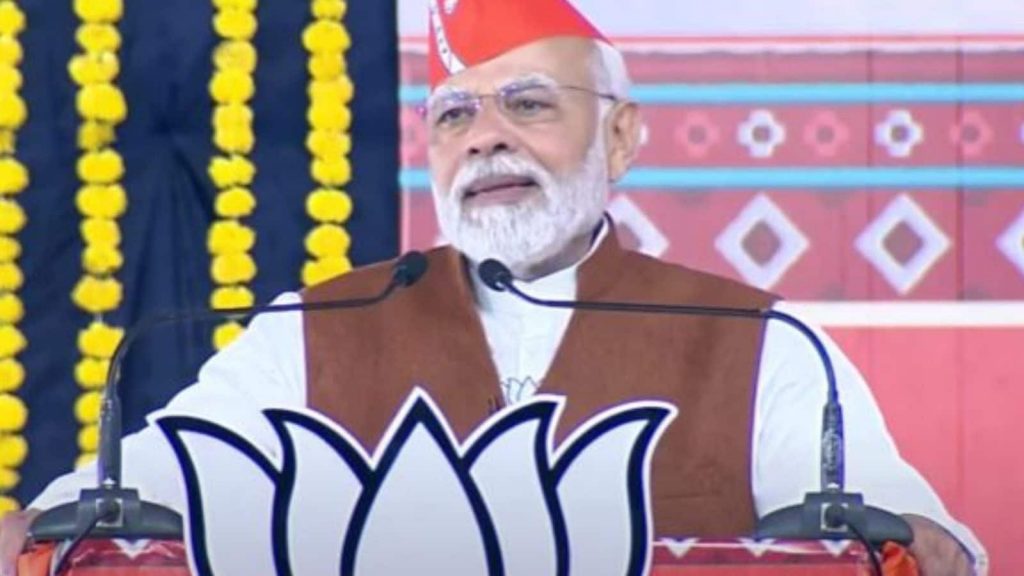 Prime Minister Narendra Modi is scheduled to hold nearly 25 rallies in the next two weeks. On Saturday, Modi will land in Gujarat and address a rally in Valsad.

Madhya Pradesh Chief Minister Shivraj Singh Chouhan also attacked the Congress saying that thousands of people laid down their lives during the freedom struggle but it has highlighted the contribution of only one family.

He was addressing a rally in Mandvi town, he said, “India became independent after thousands of freedom fighters laid down their lives. But the Congress never recognised their sacrifice and taught people that only one family helped India gain independence.

With this BJP commenced its “carpet bombing” campaign for 82 out of 89 seats going to polls in the first phase of the Gujarat Assembly elections on Friday.

‘She Said’ Film Is A Powerful #MeToo Testimonies Elevating The Drama
Posting....