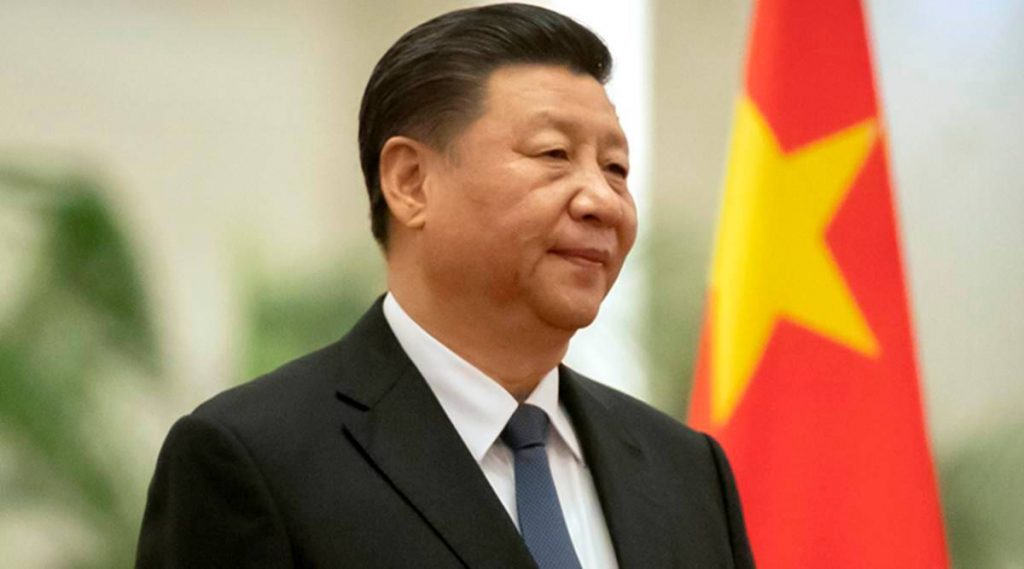 As protests against Covid lock-downs and harassment of ordinary people getting louder and widespread, it is turning into a call against the Chinese nation’s   supremo Xi Jinping This is the unprecedented new trend in Chinese society.

China is facing waves of protests —something unseen and unthinkable until recently— over lock-downs of people across the country. The anti-Covid restrictions protests are now widening into expression general dissent against suppression of even workers rights against low wages and bad working conditions. The latest death of ten persons in a locked room during the covid lockdown has fuelled   the anger   of   the   common people.

In the midst of the protests by ordinary people what is ringing out is the call for freedom as it happened latest in the restive province of Xinjiang. Covid restrictions had prevented even a team of firefighters from attending a fire in a condominium.

The delay and derelictions stemming mainly from restrictions on movements of people resulted in deaths of scores of residents trapped in the besieged housing complex. There were rising numbers of the injured. All utterly preventable but because of the continuing restrictions.

Incensed residents and locals had gathered together and fought police dressed in hazmat suits. Several agencies had reported the insensitive ways in which the hassled people were treated by the security forces.

In the midst of the protests, a man had emerged shouting slogans of freedom. He is reported to have shouted: “I would rather die than live without freedom.”

On that point he was captured by a posse of hazmat clad security forces, trying to stop him. However, the local residents had struggled with the security and rescued him.

The incidence is not isolated. Such cries for freedom are being heard from across the country in widespread protests. Personal griefs are making people overcome fear of official torture and actions against those protesting.

One report stated that an automobile worker lost his father due to delay in medical interventions. The security forces stopped the man’s relatives from coming into where he was staying and taking him to a hospital early five minutes away. He died in the process of taking him to the hospital after delay. HIs son had sought to inform the Chinese media in Beijing but without any takers. Even when knowing the risks, the bereaved son had gone to international media to light his case.

Children are paying heavy price. Delay in giving medical aid to afflicted children, sometime only months old, are moving fatal. No wonder that the parents and grandparents are proving fearless in venting their feelings.

The cumulative impact of these incidences is that people are becoming more defiant and are bothering less about what might happen to them subsequently. Fear is being overcome.

In a highly visible protest, workers of the world’s largest iPhone making factory had repeatedly clashed with the police and demanded lock-downs to be withdrawn. The factory owned by Taiwanese manufacturing giant, Foxcomm, produced half of total production of the instruments.

The situation had turned so ugly that the owners of the factory had offered $1400 to each worker to leave the factory premises and cease protests. However, the olive branch has not been accepted and the workers are still occupying the factory and continuing their protests against the authorities clamping down restriction in the central Chinese city.

Videos have gone viral showing hazmat clad security forces beating down workers of the factory while the latter are seen   bringing down the structures imposed for movements of people under Covid protocols. The workers have also protested against low wages and hostile working conditions in such factories across the country.

The Foxcomm protests are now becoming symbolic of the expression of dissatisfaction over the way people are being treated. In many cases, defying the censors, these videos of protest are going viral for much longer and in more surreptitious ways than was possible previously.

So many other unrelated developments are fanning the fire. Chinese football fans are watching the World Cup in not so distant Qatar. Innumerable fans are jeering their teams in packed stadiums in that country, not one wearing as face mask or keeping safe distances in between. They are not getting Covid immediately.

So, one international agency quoted a Chinese, watching the games saying: “Aren’t these people living in the same plant as the Chinese.”

Even as the country is continuing with strict to stricter restrictions, the incidences of infections are rising. This week the fresh infections are reported to have crossed    40,000.

The irony is that only a week back, the Chinese President was widely shown on the Chinese TV meeting diverse groups of people, including heads of states and other leaders, without any face mask. He was freely mingling among the crowds of the high and mighty at state banquets and other events.

Even his entourage was swirling around him and they as well without make or at safe distances from others. It is the ordinary Chinese in their own country who were the top risks, questions come up.

Now that policy of Xi Jinping’s zero covid policy is clearly seen ineffective as the rest of the world had crawled back into normalcy while China is still curfew bound.  (IPA Service)