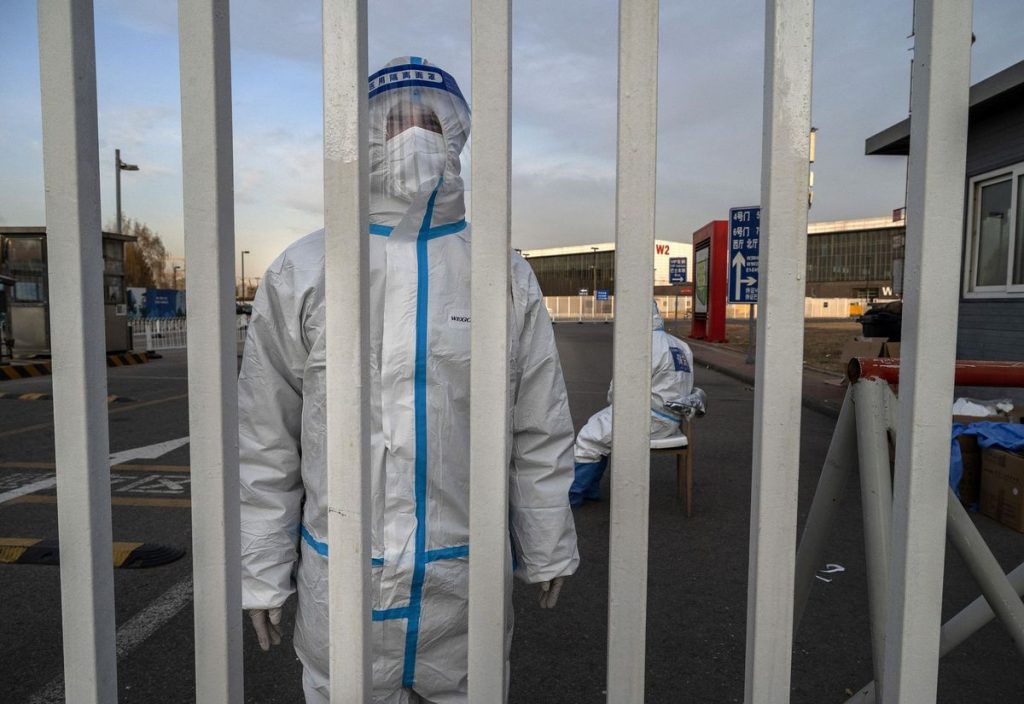 China’s new COVID-19 outbreak threatens the rest of the world. Mathematical models predict one million or more deaths by early 2023, within 90 days from now. Epidemiologists estimate 60 per cent of the population of China and 10 per cent of the world are likely to be infected. This new crisis could shake the world, and India too cannot escape it, as we already experienced after Wuhan outbreak three years ago. Sudden spurt in new infections have also been noticed in Japan, South Korea, Brazil, and the US.

What India can do now is not to repeat the mistakes that the leadership did in the beginning of the outbreak and thereafter. Every entry point into India must be strictly monitored. Focusing on the new infection and related health issues and a strategy to tackle it should be promptly in place, and also a comprehensive strategy to deal with all aspect of the crisis, since what is happening now in China is most likely to disrupt the global supply chain, on which several Indian industries depend for production, which include the industries related to health but not limited to it.

India must take note of the very high speed of the spread of the new variant of Omicron which has started sweeping Beijing and might soon hit the rest of China. It took only 10 days after relaxing of restrictions on December 7. It has triggered panic buying of food, preventive equipment for cold, and medicine and other health related items. No one knows what exactly is happening there since the government there has stopped reporting full daily infections data and has deactivated the COVID-19 tracking app.

Even though what information is coming out from China indicates the challenges ahead for India. About 90 per cent people have already received the double doses of vaccines against the coronavirus, while about 50 per cent have received the booster third dose. Among the 60 years and elders, 69 per cent have received the booster shots. It is despite these the spread of the new infection could not be controlled. Health facilities, graveyards, and crematoriums are overwhelmed. There are also chances of emergence of new variants. India needs to be alert on the vaccination front and the deadly new Omicron variant that evades immunity.

In India, Union Ministry of Health has already issued alerts, advisories, and instructions to all States and UTs. Centre’s genome sequencing notice to states and UTs has already been served. Union Health Secretary Rajesh Bhushan has said that such an exercise will enable timely detection of newer variants, if any, circulating in the country and will facilitate undertaking of requisite public health measures.

India by far, with its focus on the five-fold strategy of test-track-treat-vaccination and adherence to Covid appropriate behaviour, have been able to restrict transmission of coronavirus, which is now about 1200 cases weekly. The country has reported 129 fresh cases of infection with one death in the last 24 hours. There have been considerable relaxations in place including wearing of masks have become not mandatory.

Union Health Minister Mansukh Mandaviya has even held a high level meeting today with top officials and experts to chalk out the strategy to prevent another spike in COVID-19 infection. Everybody in the meeting were seen wearing masks, though it is not mandatory as per the government’s protocol.

The six points have been identified which also included strategy for blocking incoming cases at the international and domestic airports and other entry points in the country; laying down guidelines for passengers travelling from abroad, and consultation with experts on new variants.

The Chairman of the COVID-19 working group Dr N K Arora has said, “It is an important thing that we keep a close vigil on the Chinese situation. But I would say that there is nothing to be panicked about. There is no need for getting too much worried. They system is very vigilant, we need to be very vigilant.”

In the meantime, Union Health Minister has written a letter to Congress leader Rahul Gandhi asking him to ensure COVID rules are followed in his Bharat Jodo Yatra, or he should defer further legs of the Yatra “in the interest of the nation.” However, it’s unfortunate, that the concern for “national interest” too slow in more important strategies for tackling the threat.

For example, only a network of little over 50 laboratories across the country has been sequencing under INSACOG. The latest advisories to states and UTs for increasing sequencing have not come with the increase of laboratories. Secondly, only a select samples are being sent for sequencing. International passengers are being randomly tested and the detection of positive cases among them are about 2 per cent. Samples are gathered from designated sentinel sites, and cluster or outbreak in the community. These laboratories are also testing viral RNA in the sewage system. Obviously, we need to sharply increase the number of laboratories now.

As for the increased surveillance, there has been no change in the protocol for international arrivals as of now. India is still under the older protocol, which has done away with the need for either a negative RT-PCR or complete vaccination certificate last month. Such a slow decision cannot tackle the China like fast spread of the virus, since there is nothing in place to prevent entry of new infection in the country, despite a fortnight of nightmare in neighbouring China.

Indians and India should take note of the fact that the present surge in infection is linked to Omicron sub-variant BF.7, which is a nomenclature assigned to BA.5.2.1.7, that has already been detected by INSACOG network, as people in know of the matter has reportedly said, but yet to be officially confirmed.

Former AIIMS director Dr Randeep Guleria has said that nearly three years into the pandemic we are in a situation where there has been high natural infection, and the coverage of vaccines is also high. India might not see a similar situation as China, he said.

Let it be so, however, India cannot afford any laxity in preparedness, and must not put off guard against the disease. COVID appropriate behaviour must be put again in place, before we fall into the new nightmare which could prove catastrophic. (IPA Service)