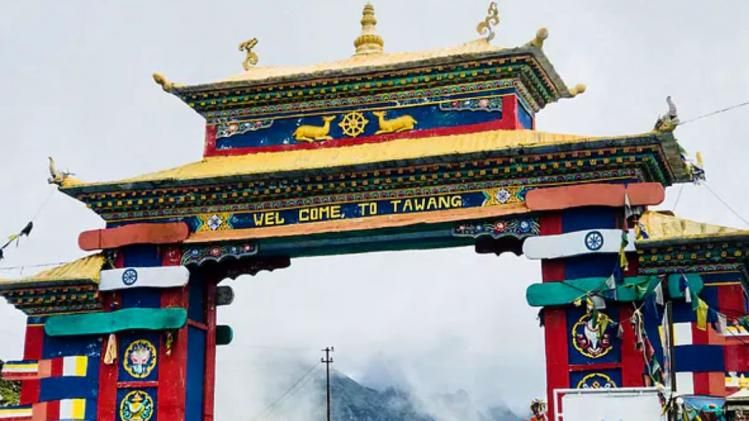 One has to remember that the Tibetan religious head, Dalai Lama, had come to Tawang and sought his first refuge in the monastery. Ever since, Dalai Lama is a continuing pain in China’s neck.

Now that Dalai Lama is getting old and a new spiritual head will have to be sworn in after the present Dalai Lama, China is seeking to ensure that its nominee becomes the new Dalai Lama. Getting control of the Tawang monastery before that could give some legitimacy for China’s selection of the next spiritual head for Tibetan Buddhists.

These issues apart, China has been nibbling at the line of actual control —the so-called LAC— off and on and has already claimed some victories. China has thus sliced away from India’s part of the border over the years through these small incursions.

It is only now that that the Indian aide has reacted vigorously to the Chinese tactics. The Galwan valley incident, in which 20 Indian soldiers had died and some unknown numbers of the Chinese, was the biggest incident recently.

But, last week’s Chinese attempt to capture some high grounds in the areas, only 25 kilometres from Tawang, is the most ambitious and determined  attempt.. This time, when the winter had set in, the sudden sweep was meant to take possession of grounds to set up an observation post, according to some reports.

In Galwan valley as well, China was seeking to acquire lands on Indian side to set up observation posts. Chinese have already setup some villages in the areas adjoining the border, which can quickly be turned into supply bases for the Chinese army.

In Yangtze area near Tawang, the Chinese were working with the same objective in mind. With the observation posts the Chinese could better monitor the Indian positions as well as movements. They are interested in tracking Indian preparations in the border areas.

The Chinese have so far downplayed the incident apart from a brief mention in the Chinese foreign ministry briefing. This they did only after the statement of the defence minister, Rajnath Singh, in parliament subsequent to the incident.

The Chinese foreign ministry is seeking to pass this off as incursions by the Indian army personnel across the LAC. This is understandable since the Chinese are seeking now to modify their image. Chinese threats to south east Asian countries and the entire South China Sea has sent alarm bells across the region.

The release of the details of last week’s incidents by India,   has been to vindicate government’s claims of wrong handling of all border incursions. India seems to be taking the Chinese threats seriously and expects these to continue in future as well.

It appears the political circles deliberately highlighted the episode as the Indian army had acted swiftly and gained the upper hand over the Chinese. The Indian opposition parties had all along criticised the government for its lukewarm responses to Chinese incursions.

This time the political set up had some advantages in showing off the robust responses to the incursions. The Indian army was better prepared for the sudden eruption of violence.

Along with this incidence, some videos have gone viral in the social media, depicting some face-offs between Indian soldiers and the Chinese. The videos depict the two sides fighting with lathis and rods in the hills, surrounded by green forests around.

The videos show Indian soldiers beating the Chinese who then retreat followed by the Indian army personnel. Thereafter, the Indian roar in victory and some structures are demolished.

The videos have now gone viral in the international media and showing the apparent victory of the Indian side. The videos had made first appearance in Indian social media.

For whatever reasons and results, border clashes with China are expected to continue. The silver lining is that these have remained confined to local levels. Eruption of these on a larger scale could make things rather difficult to control, as has been seen in the disastrous Russian campaign in Ukraine. (IPA Service)