Rahul Gandhi Has Turned 52 : He Is Still Young As A Politician But What Next? 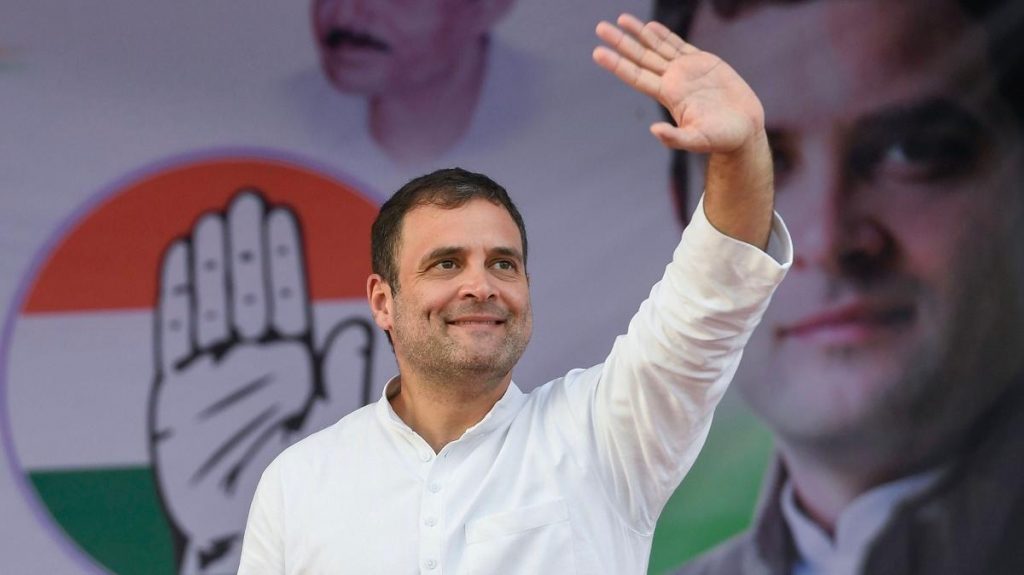 June 19 Rahul Gandhi turns 52. And it called for a perspective on the life and times of Rahul Gandhi. Not everybody’s cup of tea, because Rahul Gandhi doesn’t leave much to the imagination. He is in a class all his own. First and foremost, Rahul Gandhi is not a ‘chaiwala’, his arrogance beats the best cup of tea. And he’s been accused of feeding biscuits to ‘Pidi’ from the same plate Himanta Biswa Sarma ate from, and ‘Pidi’ happens to be Rahul’s pet K9!

Himanta Biswa Sarma left the Congress and now is the BJP’s Assam Chief Minister. Not three months ago, Sarma asked Rahul to prove who his father was? And Rahul Gandhi in Cambridge University said he was used to such nasty attacks from the Prime Minister down. In fact, the more vicious the attack the more “I learned from the attacks.”

The thing that characterizes RG is his unflappability. Asked a question at Cambridge, he went into an uncomfortable silence, uncomfortable for the questioner. After a pregnant 30 seconds, the interviewer said she was sorry she had “stumped him” with the question, and Rahul Gandhi told her, “not at all, I was thinking of going deeper into the question.”

And “deeper” happened to be “swimming in an ocean with big waves and large energies”, when you’re bound to go under, but in the process also “learn from life’s experiences.” For Rahul Gandhi the assassination of father Rajiv Gandhi was the “single biggest learning experience.” The questioner, embarrassed and fidgeting, but Rahul Gandhi, stretching and stretching the pregnant pause, till there was nothing left but the Universe!

Rahul Gandhi at 52 will not be left alone, and at 52 he’s still not there where he should be. Rahul Gandhi hasn’t had it easy despite the Gandhi scion status. Says he, “As long as you are ready to learn, it doesn’t matter how evil people are.”

With RG one tends to get the impression he does not think he’s keeping people waiting! They wait irrespective of whether he expects them to, or wants them to. The Congress waits on Rahul Gandhi, agreeing with him that he’s been in places where if you’re there, “you’ll get hurt.”

Says Rahul, “Swimming in an ocean with big waves, you’re bound to go under”; and when you go under, you learn, and you’ll have to put up a fight. RG says he has been learning from Modi’s “vicious attacks on me”.

Not that Rahul Gandhi’s attacks on Modi have been any less vicious. RG has called Modi robber and coward and what have you, leaving it to Mani Shankar Aiyer to rub it in with further “neech” references. And Modi has won elections on the back of Rahul’s attacks. The opposite is yet to come true for Rahul Gandhi.

For Rahul Gandhi, Prime Minister Narendra Modi is a “dictator”, and India under Modi, a “dysfunctional democracy”. But without Rahul, the Modi government will go under! The BJP never fails to keep alive the conjecture that “Rahul Gandhi is our greatest asset”. Of course, Subramanian Swamy frequently distorts the show for the BJP by foisting cases against the Gandhis.

The National Herald case for instance. And the cases against Robert Vadra. That the Modi Government uses the Gandhis to win elections is old hat, period. The thing to note is that among all the Nehru-Gandhis, starting from Motilal Nehru down, Rahul Gandhi truly fits the tragic prince imagery! There’s something lonely about Rahul Gandhi, occasionally forlorn, too, and reluctant.

That he goes off on frequent sojourns abroad tell a story. So do outbursts like shredding the ordinance! It is at such times that he is strung up for being a spoiled and entitled brat. The media is not Rahul’s ally. He appears not to care a whit. So, the question remains: Has “life’s experiences” indeed taught Rahul lessons? Politically, the string of Congress’s electoral defeats tell otherwise.

Will Rahul survive the difficulties the Congress is going through these days? Quick changing politics around him will decide Rahul Gandhi’s political trajectory. The Union of India that he keeps talking about will be his fait accompli. Rahul faces too many ambitious regional satraps. Perhaps, he is the innocent bystander who will be thrown under the bus.

The worst compliment coming RG’s way is “he’s best when he remains silent.” The best is “he’s the only one who thought of ‘Nyay’ for the common man.” Rahul Gandhi turning 52 is not the breaking news. What happens to Rahul Gandhi before he turns 53 will be breaking news. Right now, it’s ailing mother Sonia Gandhi who will be most in his mind. But don’t expect a poem from RG to his mother. She has a long way to go before she turns 100! (IPA Service)