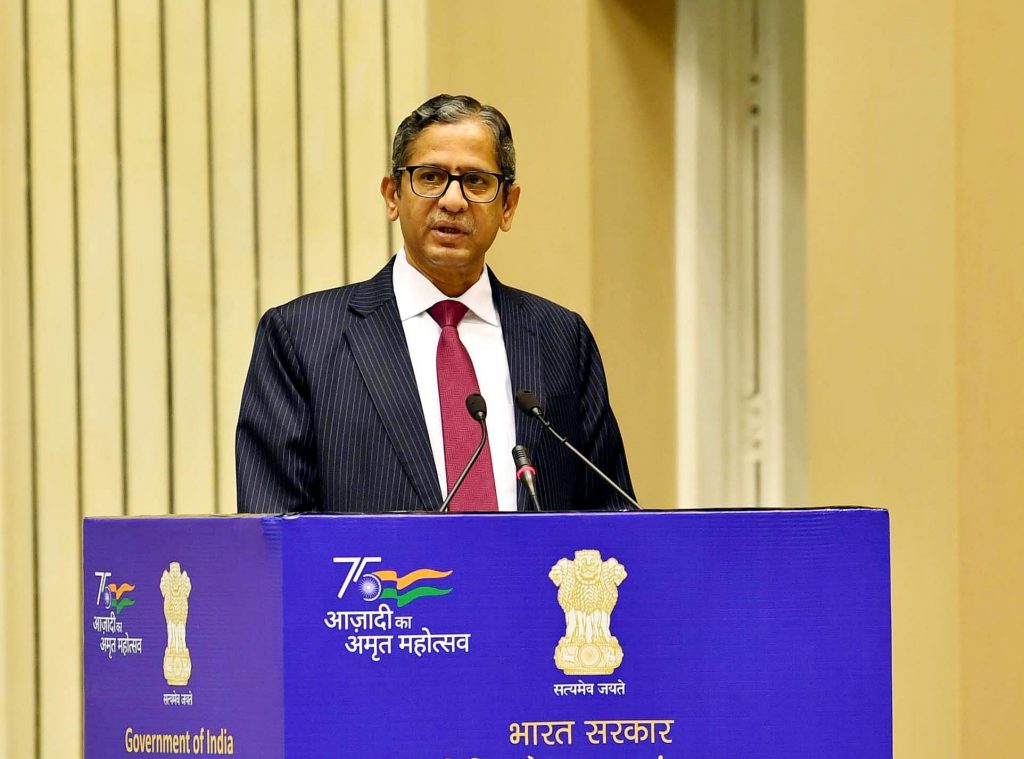 The President of India has appointed Justice U.U. Lalit as the next Chief Justice of India (‘CJI’). The present CJI, Justice N.V. Ramana, retired   on   August 26 marking an end to his eventful 16 months’ tenure.

Justice Ramana’s tenure has been marked by several highs and lows. His elevation to the CJI office had led to a lot of aspirations and anticipations, some of which he has commendably fulfilled. He has made notable efforts towards filling vacancies in the higher judiciary, from the historic appointment of nine judges in the Supreme Court to continuous appointments in the high courts. He has also advanced the adoption of policies furthering the judicial infrastructure – this includes advocating (ultimately, unsuccessfully, as it turned out) for the establishment of a National Judicial Infrastructure Authority of India, and his commitment to the e-courts mobile application to provide virtual access to the Supreme Court’s proceedings for journalists. His work in the midst of the COVID pandemic has been commendable, and he deserves all the praise for the work done to strengthen the judiciary.

The tenures of the previous CJIs Dipak Misra, Ranjan Gogoi, and S.A. Bobde were difficult for the judiciary. Justice Ramana was trusted to undo the damage to the people’s faith in the judiciary and the Supreme Court envisaged by the drafters of the Constitution as the bulwark for protecting the fundamental rights of citizens.

How far did CJI Ramana proceed in this quest for restoring the judiciary’s lost glory?

Ordinarily, a judge is ‘judged’ by reading their judgments – but in the case of CJIs, who enjoy the enormous power of master of roster(s), it is essential to read the fine print.

What is the power master of the roster? A judge appointed as the CJI of the Supreme Court enjoys additional administrative powers – these powers tend to be extraordinary. It involves the power of deciding the listing of cases and their assignment among the Supreme Court’s judges. One thing that has remained constant throughout the tenure of Chief Justices is the criticism of the master of roster power for its opacity and lack of objectivity. It is like a smoke screen that provides the powers of doing something indirectly which one would not prefer to do directly.

The tenures of Chief Justices Dipak Misra, Ranjan Gogoi and S.A. Bobde increasingly inclined towards the executive. There were expectations that Justice Ramana would correct this trend. However, in a previous report on The Leaflet prior to Justice Ramana taking over as CJI, a journalist had predicted “… [CJI Ramana’s] term would be a quiet one. He will not take up cudgels on behalf of the judiciary against the executive.”

At present, many important cases are pending before the court. On the one-year anniversary of Justice Ramana’s appointment as CJI, lawyer and legal scholar Gautam Bhatia had pointed out that “[n]ot a single significant pending constitutional case has been decided” in his tenure.

In one staggering move, a bench headed by CJI Ramana had in October ordered a probe into the alleged infamous use of an Israeli spyware software called Pegasus by the Union Government for targeted surveillance of chiefly political opponents and critics. The bench had noted that the government could not get a “free pass” every time under the garb of national security and render the judiciary as a mute spectator. However, such interventions have proven to be exceptional, rather than the norm.

The abrogation of civil rights through the executive’s coercive actions needs immediate respite. Senior Advocate Arvind P. Datar has remarked that rolling back an executive decision becomes more and more difficult as the years go by, not just in the context of Article 370, but other sensitive issues as well.

The distinct discrimination by the Supreme Court’s wheels of justice between different citizens’ civil rights became apparent recently. For instance, the court granted over three months of interim bail to an accused in the Haridwar ‘Dharma Sansad‘ hate speech case, which included the allegations of genocide against minority religious communities. On the other hand, the court’s judgment in the Gujarat riots case in June had observations which led to the formation of a criminal case against, and arrest of, activist and journalist Teesta Setalvad. Now, not to delve into Setalvad’s case, but is it appropriate for the Supreme Court to take it upon itself to decide who should be arrested and why, and if that is even the jurisdiction of the Supreme Court, except for contempt of court cases?

Further, the Supreme Court, under CJI Ramana’s watch, has delivered judgments that have unplumbed implications for civil liberties. In its Himanshu Kumar judgment last month, a Supreme Court division bench comprising Justices A.M Khanwilkar and J.B. Pardiwala rejected the petition, which sought an independent probe into the alleged extra-judicial killings of tribal persons by security forces in Chhattisgarh. In this case, some observations of the bench had a drastic impact on the image of the Supreme Court as a people’s court – the bench hinted towards using Section 211 (false charge of offence made with intent to injure) of the Indian Penal Code against the petitioner while imposing a fine of five lakh rupees on him.

CJI Ramana, in various instances, has recalled the importance of healthy political discourse and the essence of opposition in India. Recently, while addressing 75 years of Parliamentary Democracy at the Rajasthan Legislative Assembly, he had noted, “Political opposition translating into hostility…is not a sign of healthy democracy…the opposition space is ‘diminishing’.…A representative democracy is about effective representation. It is where the minority is not overwhelmed by the majority.”

Indeed, the CJI’s words are nothing less than prophetic. However, as Bhatia pointed on social media at the one-year anniversary of CJI Ramana’s appointment, “Many seminars have been given on the rule of law…many bulldozers have run over that same rule of law.” Let us decipher the CJI’s prophetic words through the actions of the courts.

When it comes to the shrinking space of the political opposition in the country, the Enforcement Directorate has been a handy tool for the ruling party at the executive level to curb opposition parties. Data revealed in the Supreme Court earlier this year showed that while raids and specific investigations under the Prevention of Money Laundering Act (‘PMLA’) had doubled and tripled every year into thousands since 2011, convictions had been secured in only nine cases. The court had upheld the challenges to PMLA – after its 2019 Amendment – which has made it much more draconian. The affirmation from the top court of this draconian act only sanctions State-controlled harassment and skipping of due process, ultimately harming the rule of law.

Coming to the later part of his speech about minority protection. Let’s recall the bail given in the Dharma Sansad case, while many civil rights activists and journalists are languishing in jail – far from the rule of law. Also, recall the pendency of the challenges to CAA – the law which was brought on the sole premise of majority appeasement, and was immediately perceived to be a threat to the Muslim minority in India.

Interestingly, the controversial rulings in the FCRA, PMLA and Gujarat riots cases were delivered by the same bench of three judges. This has nothing to do with the CJI Ramana in his capacity as a Supreme Court judge, but as the Master of the Roster, that is, the power to allocate cases. This power continues to cast aspersions on the legacies of several CJIs, and hints at flaws in the power of MOR. Senior Advocate Kapil Sibal reflected on the same phenomenon recently: “I am saying this after completing 50 years of practicing in the Supreme Court… sensitive cases are assigned to only select judges.”

Finally, as far as restoring the glory of the top court is concerned, we may have our doubts – remember the spate of home demolitions and “Bulldozer Raj”, which the court has refused to substantially intervene in. What has transpired in the immediate past has drastically changed how people would look up to the highest constitutional court.

The verdict here is mixed, though the CJI has tried to reduce the excessiveness of the executive – the Pegasus and sedition orders are examples. However, one cannot conclude that he has actively taken a stand for preserving democratic standards by ensuring civil liberties. (IPA Service)