Centre’s Operation Uproot Of Naxalites Will Be Helping BJP Politically 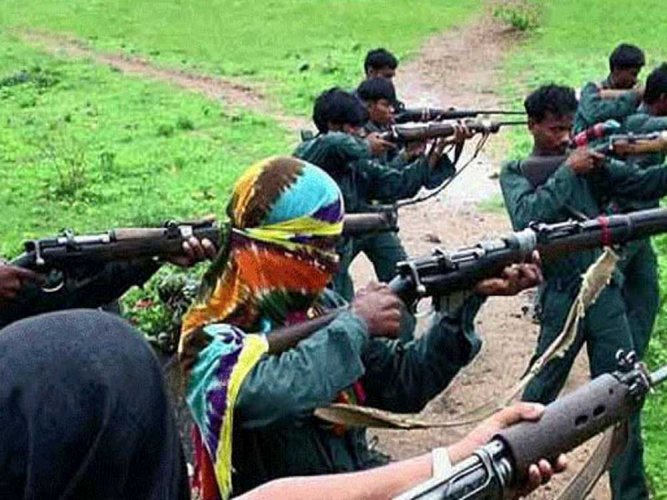 Prime Minister Narendra Modi has sent an unambiguous and loud message to the intellectuals, academics, social activists and leaders of the political parties of the country to fall in line or get ready to face the music. Though his government at the directive of the RSS has long back initiated the process of weeding out the “Urban Naxals”, his recent address to the “Chintan Shivir” of Home Ministers and DGPs of States held in Faridabad makes it obvious that he is determined to eliminate the forces and individuals opposed to him and his policies.

His mission “Naxalism with gun or pen must be uprooted” primarily focusses on the opposition ruled or dominated states; Chhattisgarh, Jharkhand, Bihar, West Bengal and Madhya Pradesh. No doubt the BJP has its base in the five states, but the support base is not so strong that the party could trounce the opposition parties in the 2024 Lok Sabha elections.

It is quite intriguing that the decision has come at a time when the Naxalite or Maoist movement in these states has softened. Surprisingly in the same tone, he also admitted that the number of Naxal-affected districts in the country has decreased significantly over the last eight years. “Whether in Jammu and Kashmir or the North East, we are rapidly shifting toward permanent peace today.” “We must now concentrate on rapid development in all of these sectors, including infrastructure”.

Modi has decided to resort to this tactics on the plea of bolstering the country’s internal security. It is again a big farce. Only recently the government had said that the country did not any internal security problem. It is significant to underline that his government has already been pursuing the policy of zero tolerance against terrorism and Maoism. With the intentions to have a firm grip on the political scenario and the forces which may pose a serious electoral challenge to his political hegemony it is the right time for him to launch an aggressive tactic on the plea of destroying urban Naxals and Maoists holding pens.

Barely a couple of months back the Bengal BJP has raised an alarm that the Adivasi populated areas of the state were witnessing revival of the Naxalite activities. Nevertheless in the absence of concrete information and ground level data, the central government had maintain restraint. It is sad that some political parties in order to embarrass and make their presence felt in the political arena of the state have been endorsing the allegations of the BJP.

Modi in his address to the Chintan Shivir had said; “In recent years, all governments have acted responsibly to destroy the terror network’s ground network…We must deal with it by joining forces. We will have to defeat all forms of Naxalism, be it gun-totting or pen-wielding, we will have to come up with a solution for all this.” The Prime Minister expressed concern that the Maoist-Naxalite forces are expanding their intellectual sphere in order to corrupt the minds of future generations.

The CRPF has deployed more than one lakh troops in about ten Left Wing Extremism (LWE) affected states of the country. Some other central armed police forces (CAPFs) like the ITBP, BSF and SSB have also been deployed for this task in specific areas along with the state police forces.

Chhattisgarh has been at the radar of Modi government for the simple reason that the Congress government of the state has pr0oved to be a major stumbling block in the path of expansion of RSS and BJP in the state. In past, even during the BJP government headed by Raman Singh, the state had witnessed many severe Naxalite attacks on its security forces but in recent times the state has been witnessing peace. Modi using the old information has been planning to launch an anti-Maoist campaign in the state. The year 2019 saw one of lowest fatalities among security forces in the last two decades.

The Chhattisgarh experience does not need Modi’s plan for intervention. There is little doubt that the BJP is taking advantage of the prevailing situation to weaken the Congress government in the state and create an impression among the people that since Baghel government has failed, Modi has intervened to curb the Maoist menace.  Undeniably Modi’s approach is the example of unprecedented level of politicisation of nationalism and national security. By eliminating the civil society activists, the academics and social activists peace could not be established. The peace process requires the critical roles of civil society activists but unfortunately the Modi government and RSS have been branded them ‘Urban Naxals’.

The Modi government hiding behind the veneer of the Maoist menace has been designing to deploy more and more para military forces in these states. It has been using old records which underlines that the existing para military forces are inadequate to deal with the menace. At one stage it was rumoured that Naxalites and Maoists have built a strong red corridor. But the latest government reports and records point out that the general election in Maoist-hit areas completed without major incidents. The elections this year has so far been relatively peaceful in Bihar and Jharkhand. As elections approach, extremism in these two states becomes a cause for worry. (IPA Service)