Centre Should Revise The Criteria For Defining Economically Weaker Sections 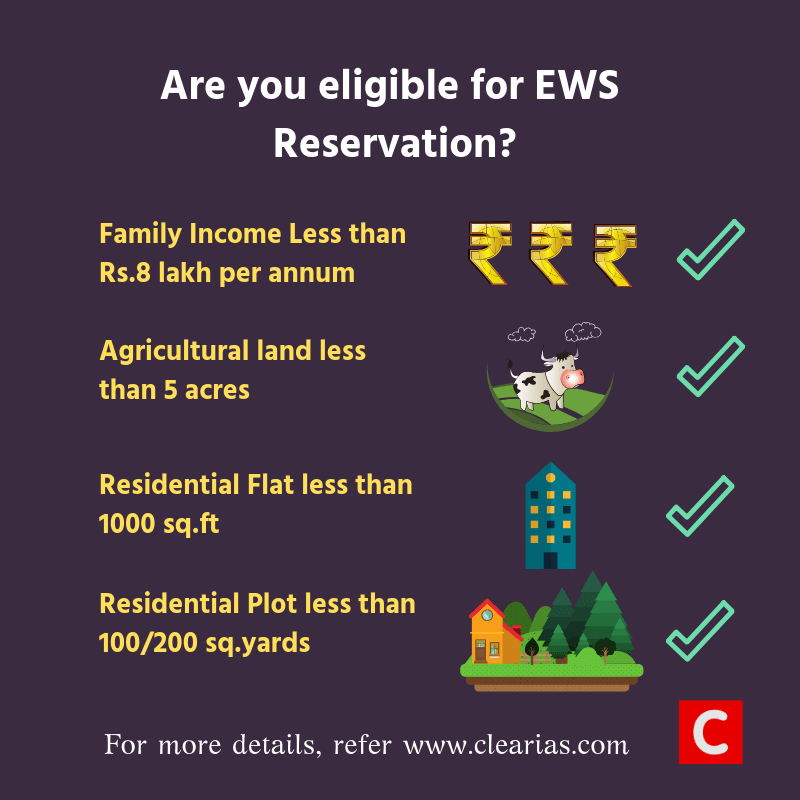 This amendment was to enable reservation of upto a maximum of 10 per cent for EWS in the general category, i.e., those sections who do not fall in the backward classes and Scheduled Caste/Scheduled Tribe categories.

The CPI(M) had raised the demand for provision of some  quantum of reservation for the poor belonging to the general category at the time of the implementation of the Mandal Commission for OBC reservation in 1990.

While the CPI(M) fully supported 27 per cent reservation for OBCs, it advocated some quota on the basis of economic criteria for the poorer sections among the general category. The Party felt that such a provision would soften the sharp polarisation which took place with the anti-reservation agitation.  Having a class approach, the Party had also wanted an economic criteria within the OBC quota, so that the really deserving from these sections could avail of the quota.  This was later accepted by the Supreme Court in the form of “creamy layer”.

While upholding reservation for “socially and educationally” backward castes, which is based on centuries of an oppressive caste order, the CPI(M) is also concerned with uniting the working people and poor of all castes and communities. This is the way the existing exploitative socio-economic system can be fought. It is to forge the unity of the poorer sections of all castes and to overcome the divisions that the CPI(M) advocated providing some quantum of reservation for the poorer sections within the general category.  Obviously, this cannot affect the percentage of existing quota of OBCs, SCs and STs. The EWS quota has to be carved out of the general category.

The Party had, however, criticised the criteria set by the Modi government through an office memorandum to define who is an EWS.  For the central government quota in jobs and education, the EWS meant a family who is having an income of less than Rs 8 lakh per year, provided they do not own more than five acres of agricultural land, or, above 1,000 square feet of residential area or a residential plot of 100 square yards in a notified municipality. This means that people who are not poor could avail of the EWS quota.  The limit for income tax exemption is Rs 2.5 lakh per annum.  Above this, one has to pay income tax.  Similarly, owing five acres of agricultural land does not make one poor.

Thus, the purpose of the EWS reservation gets defeated by keeping its ceiling and limits high and wide enough.  The Supreme Court is yet to go into this issue as there are petitions challenging this office memorandum.

The application of the EWS quota is left to the states for state level jobs and education. The LDF government in Kerala set up a commission to decide on the criteria for EWS and extent of the quota.  The Justice Sasidharan Nair Commission recommended that those with a family income of below Rs 4 lakh and who do not hold more than 2.5 acres of agricultural land should be eligible for EWS reservation.

The Kerala cabinet approved these recommendations in 2020 and 10 per cent reservation in jobs and education is being implemented in Kerala now. The criteria adopted for defining EWS addresses the poorer sections within the general quota.

The central government should immediately revise the criteria for defining the EWS if the benefit of quota is to really go to the economically deprived.  (IPA Service)

Narendra Modi Seeks To Convert The Nation As A BJP Ground In Global Arena
Posting....