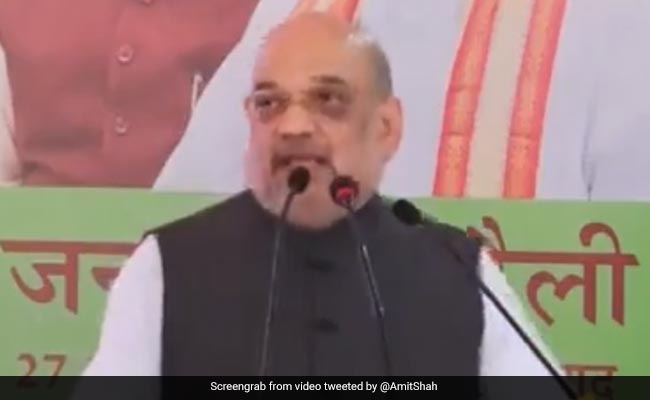 Union Home Minister Amit Shah justified the cancellation of licences for many non-government organisations (NGO) and strengthening of the Foreigners Contribution Regulation Act (FCRA) on grounds that some NGOs were indulging in religious conversions, anti-national activities and misusing funds.

“Some NGOs were misusing FCRA in propagating anti-India activities and also indulging in religious conversions blatantly, creating hurdles in the development of the country. Centre has taken strong action against such entities,”  Shah said on the first day of the two-day brain storming session in Surajkund, Haryana, today.

“In 2020, the government took strong action to stop foreign funding of such NGOs by amending the FCRA. We have established a strong mechanism to check such flow of money. I am pleased to say that in the coming days, we will further strengthen this mechanism ,” he said.

On a day when the conclave was skipped by four Chief Ministers, Mr Shah announced that by 2024, all states will have offices of the National Investigation Agency (NIA).

The statement may lead to a fresh round of political confrontation between states and the centre as many opposition-ruled states have been accusing the centre of not following the federal structure and interfering with the functioning of state governments.

The Union Home Minister reasoned that even though law and order is a state subject, crimes have become borderless due to the advancement of technology and success can be achieved against trans-border criminal activities only if all states and the central government sit together and formulate a common strategy.