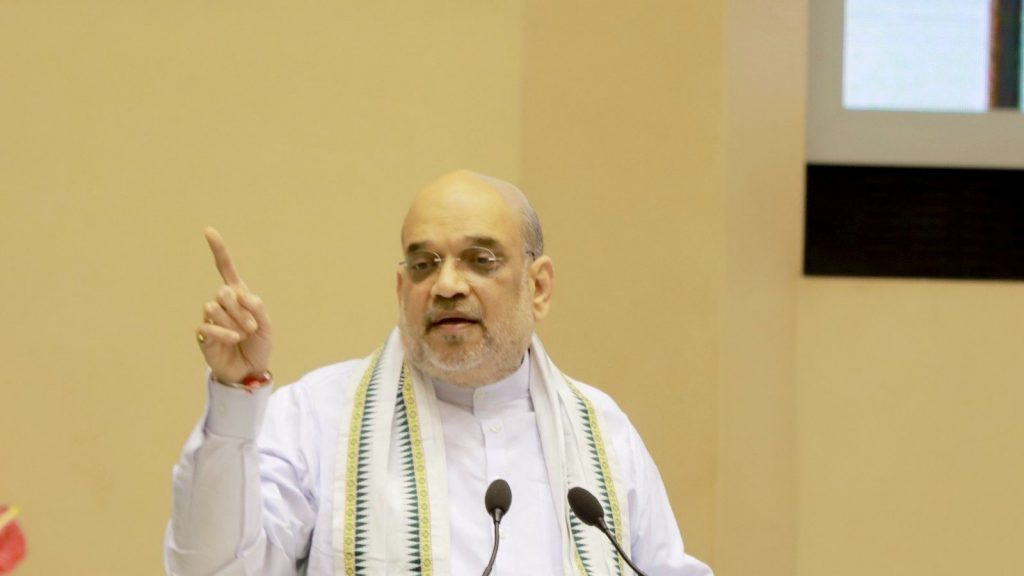 Several Opposition-ruled states including West Bengal, Delhi, Bihar and Telangana, did not send their political representatives to attend a ‘Chintan Shivir’ being chaired by Union Home Minister Amit Shah in Faridabad.

News18 had earlier reported that states like Bihar, West Bengal and some southern states are unlikely to attend the meeting. Officials of various states had told News18 that CMs who hold Home department are busy and likely to send their representatives.

A report attributing a senior official in the West Bengal government claimed that West Bengal CM will not be able to leave the state as several functions are lined up for her in this festive season.

Shah addressed the first day of a two-day ‘Chintan Shivir’ at Surajkund, Haryana on Thursday. Several Chief Ministers, Home Ministers, Lieutenant Governors and Administrators of Union Territories are participating in the Chintan Shivir.

The Shivir will deliberate on issues like modernization of police forces, cybercrime management, increased use of IT in the criminal justice system, land border management, coastal security, women safety, drug trafficking, among others.

In his address, Shah said taking inspiration from Prime Minister Narendra Modi, this Chintan Shivir, is being organized which will provide a common platform to face challenges before the nation such as cyber-crime, spread of narcotics and cross-border terrorism in unison. He said today the nature of crimes is changing and they are becoming borderless, that is why all States will have to battle these by having a common strategy.

No Sign Of Early Peace In Myanmar As Junta Intensifies Its Attacks
Posting....