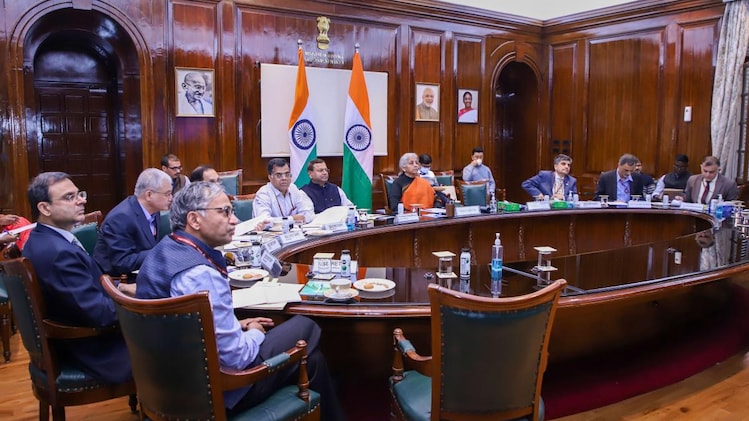 A joint forum of ten central trade unions — including, INTUC, AITUC, TUCC, SEWA, HMS, CITU, AICCTU, LPF, AIUTUC and UTUC —has decided to boycott the virtual pre-budget consultation with finance minister Nirmala Sitharaman on November 28, demanding a physical meeting with reasonable time to speak. Pre-budget consultation is an annual exercise under which representatives of different sectors give suggestions and raise demands to be addressed through the Budget.

In a letter dated November 25, the forum stated: “Now your email dated November 25, 2022 under reference, makes it explicit that each central trade union will be allowed to speak for three minutes. This is a joke and we refuse to be part of such a cheap joke. We will not participate in the proposed video conference on November 28, 2022.” Earlier, the forum had jointly protested against a restricted video conference for pre-budget consultations.“We are constrained to express our disappointment for calling this meeting on virtual mode despite complete easing of Covid restrictions, and that to for 75 minutes only for consultation involving more than 12 central trade unions, may be more as indicated by the invitation letter.

As per the labour ministry’s physical verification, there are 12 central trade unions in our country. That means less than five minutes or even less for each organisation, if time for customary opening remarks is taken into account,” they forum had stated. The forum also urged the finance ministry “to seriously reconsider convening of a physical meeting with reasonable time-allotment for effective consultations in the pre-budget meeting with the trade unions.”

The entire episode is indicative of the more troublesome time ahead and also the strained relationship between the Mogi government and the workers of the country, the former hell bent on implementing the four controversial labour code, and the latter fighting back tooth and nail to stall those legislations. Former spending years to convince the workers that the codes are for their benefit, and the latter who find those anti-worker were not even given a reasonable time to voice their concerns. It is also indicative of a budget 2023-24, which will not have the workers concerns included, but will have all sorts of things that would push through the government agenda which the agitating CTUs label pro-corporate.

Happiness over the consultation invitations should be sympathetically understood, since the four controversial labour codes were passed in 2019 and 2020 absolutely without consultation with trade unions or with the highest tripartite body in the country called Indian Labour Conference (ILC), disregarding all objections raised by the opposition in the Parliament of India, and without thorough discussions on the likely impact on industrial relations in India and on workers.

Happy CTUs over invitation should have been taken as opportunity by the Modi government to smoothen the much strained industrial relations in the country at a time when there are large scale job cuts in every sector of the economy, and workers have been restive over three years on a range of issues which included privatisation of Public Sector Undertakings, banks, insurance etc and the four labour codes against which the county had to witness several all India strike actions.

But the Union government has something else in their mind. They actually don’t want to listen to the workers representative CTUs for more than a couple of minutes each, which is nothing but manifestation of their arrogance in pursuing their own agenda against which CTUs have been agitating. That is why they allotted 75 minutes for 12 CTUs, giving even less than 5 minutes time each if routine opening remarks included. Union government knew it very well that it was too little a time for any “meaningful discussion” with trade unions in the backdrop of a recent discussions with the Union Minister of Labour, Bhupender Yadav that ended without arriving at a consensus on any of the trade union demands.

Partiality was obvious, since only a few days ago the representatives of business and industries like CII, FICCI, PHD chamber of commerce etc, were given enough time to suggest ways and means to overcome the hurdles before the business and industries. The CPI MP Binoy Viswam has rightly called this maltreatment towards the trade unions deplorable, who even wrote a letter to Nirmala Sitharaman in protest to vehemently oppose the absurd decision of the Finance Ministry … that too in virtual mode which he found arbitrary even after easing of all COVID restrictions. He even tweeted “FM’s Pre Budget discussion with Labour unions-Govt.has made it an online joke!3 minutes to each union! what can they tell in this 3 minutes? With FICCI and CII will the FM do this? Workers are the wealth creators. They should be properly heard with reasonable time in physical meeting.”

The Trade Unions have been demanding convening of ILC, which has not been called by Modi government after 2015. In fact, it is mandatory for the Labour Ministry to call the ILC, under ILO Convention 144, which has clearly been violated. It their letter, the CTUs gave another example of negation of any consultation with them and cited the case of the so-called “National Labour Conference” in which no CTU was invited to participate.

Even in this backdrop, the CTUs have suggested several steps for the Union Budget 2023-24, which included taking policy decisions that could boost demand to invigorate sagging economy. It would require putting money in the hands of the toiling people by increasing the budget allocation for MGNREGA, giving scheme workers a status of government employees, paying them minimum wages, filling vacant government posts, giving up plans to sell public sector enterprises, shelving the Electricity (Amendment) Bill, 2022, not to privatise government hospitals, reducing GST burden on common people, particularly in fuel and essential commodities and increasing taxes on the corporates along with introduction of Wealth Tax.

The joint letter by 10 CTUs – INTUC, AITUC, HMS, CITU, AIUTUC, TUCC, SEWA, AICCTU, LPF, and UTUC – also reiterated all their outstanding demands, including withdrawal of the four controversial labour codes and called for an open public debate regarding them and the policies adopted by the government. They said that instead of these zoom meetings, which do not provide for scope for interaction nor the time for placing our views, Union Ministry of Finance should agreeing to an open debate on the outstanding issues. (IPA Service)