Can Prashant Kishor Shake Up Lackluster Congress From Within? 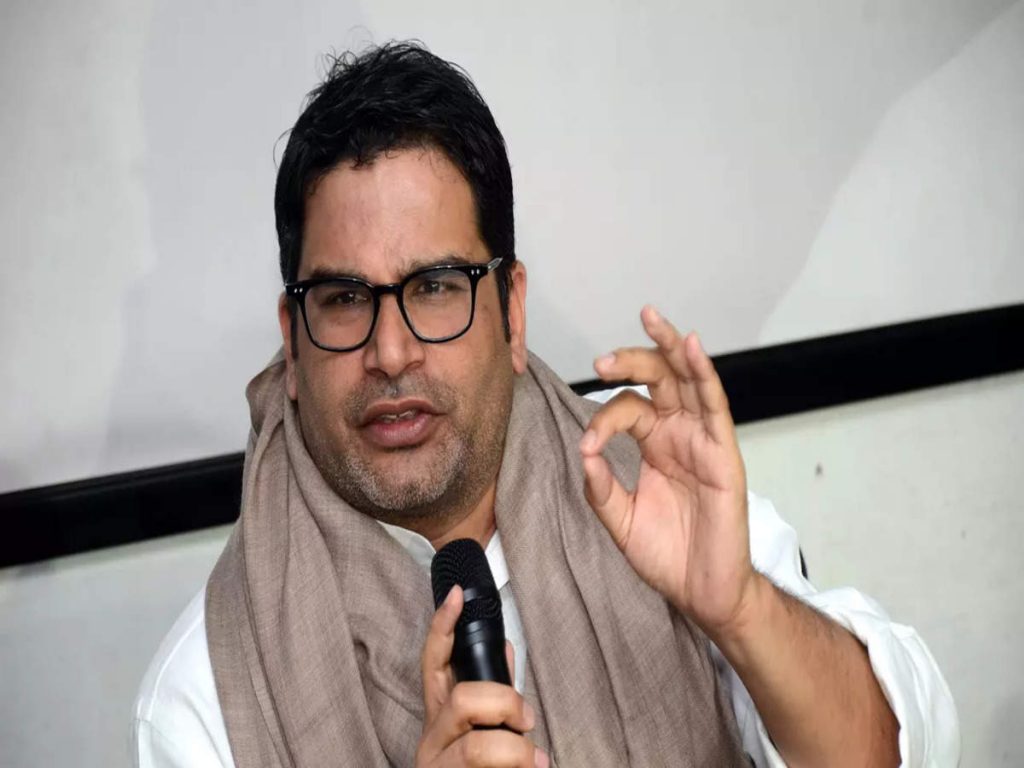 Will the poll strategist Prashant Kishor be an asset or a liability if he joins the Congress party? It is a million-dollar question as Kishor waits for the Gandhis to announce his induction.

This speculation arose after Kishor had a four-hour meeting with the Congress top brass, including the Gandhis, on the past Saturday, in which he had presented a road map for the 2024 Lok Sabha polls. Kishor discussed the big picture, why Congress has not done well, what ails the Congress in states where it has almost disappeared, and revealed his road map.

The meeting, held at Congress chief Sonia Gandhi’s 10 Janpath residence, came after the poll rout of the party in the recent five state Assembly polls. The Congress leadership has been grappling with repeated election defeats in the last two general elections and some state assembly elections and is desperate to clutch any straw.

Congress is not only facing desertions after the electoral defeats but also has an internal conflict between the old guard and the new generation. Dismayed at the leadership crisis, twenty-three leaders, including some former chief ministers and Union ministers, have demanded organizational restructure and party polls since last August.

The fact that the Gandhis reached out to Kishor-after his attempt last year to join the Congress fell through – shows that the family is looking for outside help. After the meeting, it was clear that he would be joining the Congress soon. However, Kishor is eying a top place in the party.

Revealing his strategy, Kishor suggested that the party focus on 370 to 400 seats of the 542 seats in Lok Sabha. It should contest alone in a few state Assembly elections where it is strong and( has remained either on the top or in the second position in previous polls and start afresh in states like Uttar Pradesh, Bihar, and Odisha, the party is insignificant.

In a recent interview with the news channel NDTV, he said: “If you take Bihar, West Bengal, Odisha, Telangana, Andhra, Tamil Nadu and Kerala—roughly 200 [Lok Sabha] seats—even at their popularity, the BJP has been able to win only 50-odd seats. In the remaining 350 seats, the BJP is sweeping everything.”

Congress circles are agog at the news of the new entry. There is a divided opinion among the senior leadership. They cannot digest that the Gandhis are toying with outsourcing the political leadership. Since the beginning, a large section of Congress leaders opposed the idea of Kishor’s entry at a level just below the Gandhis. The discontent may intensify with his induction when it is already grappling with the rebellious attitudes of the G-23 group.

While the rebels are looking at the pros and cons of Kishor’s entry,  not as a mere adviser but as a decision-maker, they also fear his commitment to party ideology. This section feels that the party would better hire him as a consultant. They think that he should have no role in deciding alliances, candidates, seats, etc, which should be left to the political leadership.

Kishor’s negotiations with Congress are not new. Following the West Bengal Assembly polls last year, where his client, Trinamool Congress scored a thumping victory, he had a series of discussions with the Gandhis, but that fell through. After the party’s miserable performance in the recent five states polls, Kishor is back with his strategy and a long-term plan.

Prashant, a former health strategist, has moved into the rough and tumble world of politics since 2014 and helped Prime Minister Narendra Modi in his campaign. Since then, he has come a long way and is known as a poll strategist with a magic wand. He has since worked with almost half a dozen regional satraps and helped them defeat the BJP, including Mamata Banerjee (West Bengal). He had a disastrous debut with the Janata Dal (United), where he was vice president. His brief political stint did not last long, and he parted ways with the then J.D. (U) chief, Nitish Kumar.

Kishor charges a very high fee from his clients (political parties) and suggests the makeover of the leaders, campaigns, alliances, etc. His critics say that he always takes the winning party as his clients, but he failed in the case of Congress in U.P. The irony is that he has never fought an election.

In a BBC interview, Kishor claimed that he rarely watches news on T.V. and doesn’t read newspapers. He doesn’t write emails or take notes, and he hasn’t used a laptop in a decade. The only gadget he uses is his phone.

We had to wait and see how the cadres would react to the induction of Kishor. That he provokes discontent has been murmured in not only the Congress but also the TMC and other parties. TMC leaders like Dineshbhai Dwivedi had openly accused Kishor’s interference for their leaving the party. People will watch his stint as a Congressman keenly. (IPA Service)