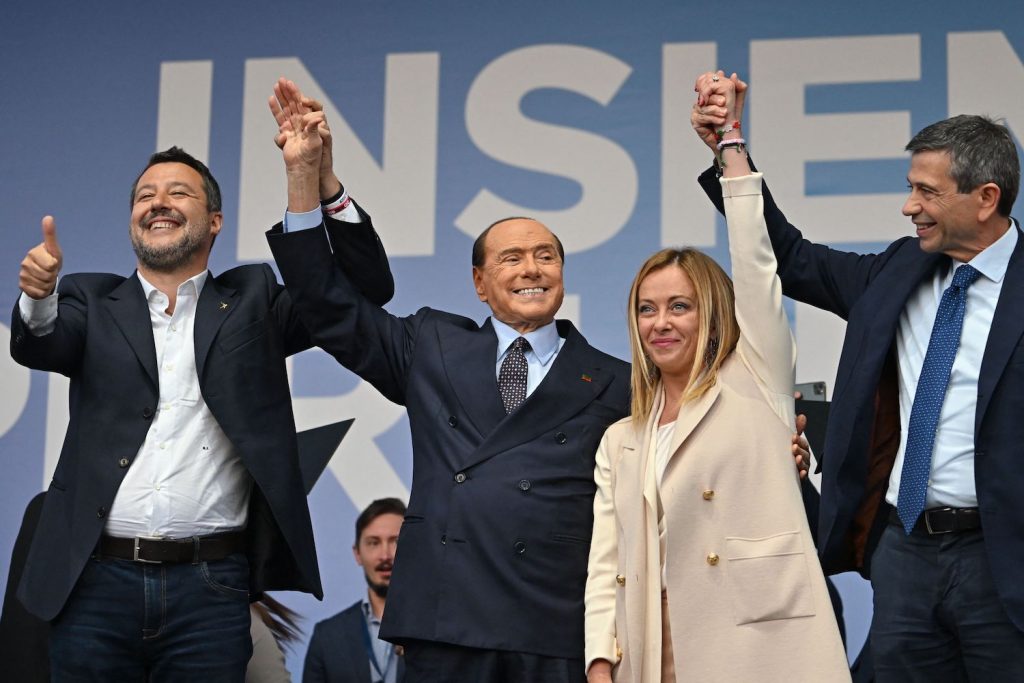 The victory of the far-right alliance in the parliament election in Italy is a watershed moment in Europe. The far-right alliance consisting of the post-fascist Fratellid’ Italia (Brothers Party of Italy) and its alliance partners – the League and Forza Italia – have won 46 per cent of the vote.

Italy is the third largest economy in the European Union after Germany and France and is also a member of the G-7. It will now have a woman prime minister, Giorgia Meloni, the leader of a party which has neo-fascist roots.

Meloni began her political career as a leader of the youth organisation of the Italian Social Movement (MSI), a party which was set-up by Mussolini’s supporters in 1946.  After a series of break-ups and mergers of far-right groups, the Brothers Party was formed in 2012. It still retains in its logo – the red, white and green flame of the MSI – a fascist emblem.

In the 2018 parliament election, the Brothers Party had polled only 4 per cent of the vote. Now it has emerged with the highest vote amongst all parties with 26 per cent. A mix of anti-immigrant, ethnic nationalism, anti-EU and anti-austerity rhetoric was able to attract people frustrated by economic woes, including sections of the working class.

The rise of the far-right has taken place in the background of the compromise and total surrender to neo-liberal orthodoxy by the so-called centre left parties, mainly the Democratic Party.  The deteriorating economic conditions and growing youth unemployment saw the channelling of popular discontent by the far-right.

Mario Draghi’s multi-party coalition government was set-up with the main aim of implementing the neo-liberal agenda dictated by the European Union.  Draghi is a technocrat and former head of the European Central Bank.  All the parties, including the two far-right parties – the League and Forza Italia – joined the Draghi government. But the Brothers Party kept away.

The constant attack on the European Union and its austerity prescriptions found a response amongst the working people who are suffering the worst effects of the capitalist crisis and the pandemic.  The far-right succeeded in making the wave of migrants from Africa the villains threatening the security and jobs of Italians while keeping up their populist demagogy about the economic crisis.

The rise of the far-right and extreme rightwing forces all over Europe shows a similar pattern of capitalising on fear of migrants, xenophobia and racism.  They are also able to cash in on the vacuum created by the capitulation of the social democrats and centrist parties to the neo-liberal dispensation leaving the field clear for the far-right populist demagogy to gather the discontent.

Just days before the Italian election, in Sweden, a rightwing coalition won the election.  A far-right party – Sweden Democrats – made big gains and will be the main force behind the rightwing coalition government. The Swedish Democrats have also gained ground through their virulent anti-immigrant and xenophobic platform.

In the case of Italy, the Left had ceased to be an effective electoral force years ago.  After the dismantling of the biggest Communist Party in Europe in the mid-1990s, efforts to regroup and rebuild a radical Left force were attempted. At one time, the Communist Refoundation had showed promise of becoming a political force.  However, this too suffered a setback after the party got divided.  A new Left platform – Unione Popolare – was formed just a few months before the current election. It consists of some Left groups, including the Communist Refoundation.  But given the short time before the elections, it was not been able to make sufficient impact and failed to achieve the 4 per cent mark which would have enabled it to get representation. It is certain that the far-right government, notwithstanding its pre-election rhetoric, will act as an agent of big business interests. This should open the way for a strong Left intervention.

There are lessons from the Italian results which need to be considered, particularly by the Left forces in Europe. There can be no compromise or adjustment with the neo-liberal regime.  Only by fighting the attacks on the working people by the neo-liberal governments can the threat of the far-right be staved off, because it is the ravages of neo-liberal capitalism which create the grounds for the growth of the far-right. There is an urgent need to build an alternative Left platform. Given the character of the far-right government and the threat of neo-fascism, the unity of the struggling people must be forged from below and the anti-fascist struggles of the Italian people are a powerful legacy to be drawn upon. (IPA Service)