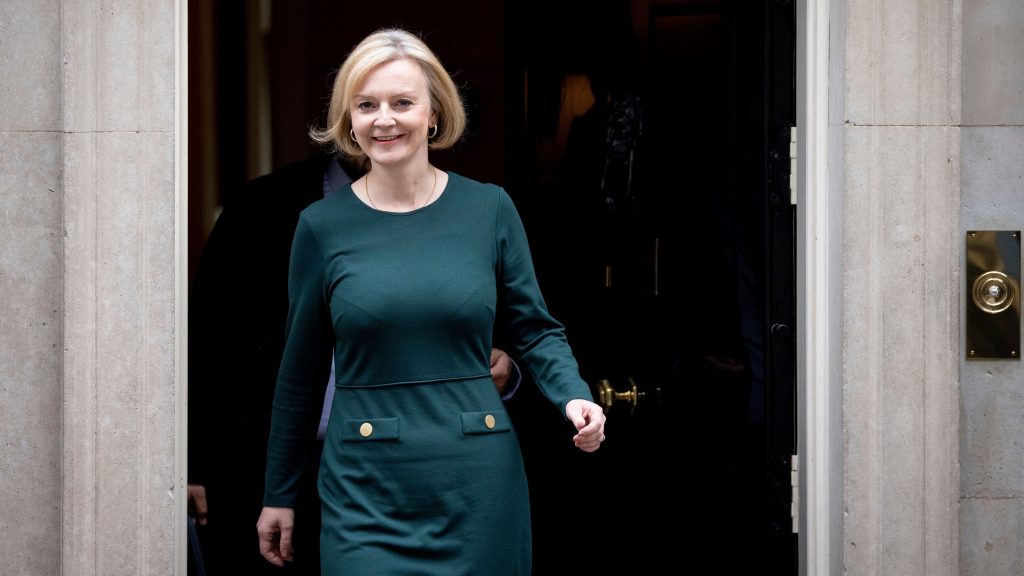 Riding on the back of Boris Johnson’s support, Liz Truss entered into the cosy office of the prime minister of Britain, but this success has not provided her with the vision as to how to govern Britain.

During the Tory leadership contest, the former Chancellor Rishi Sunak had cautioned that her plans to borrow to fund tax cuts were ‘dangerous’ and risked ‘making everything worse’. But the Conservative members did not give much credence to his warning.  Nonetheless he proved to be prophetically correct. His caution mark which was dismissed as doomsterism at that time, has turned  out to be true.

While Sunak had promised to provide more money to help people cope with soaring household energy bills, Truss had focussed on pledges to cut taxes. The economy is  facing acute crisis Truss had eventually to sack her most trusted colleague, the chancellor Kwasi Kwarteng and scrap her economic policy just within 45 days of her being installed as the prime minister.

Johnson’s bias against Sunak might have helped her to sway the rightist sentiment in her favour, but this did not offer a panacea to cure the country of the economic malaise. Her offer of “mini-budget” failed to yield result. She was forced to perform a humiliating U-turn over her flagship plan to cut corporation tax.

During her campaign, Truss argued in favor of tax cuts to boost growth and advocated for the controversial theory of “trickle-down” economics. She promised to cancel Sunak’s hikes to corporate tax and National Insurance — a tax on earnings — which had been deployed to bolster the public purse in order to address the cost-of-living crisis directly. The scrapping of both policies is expected to cost the public purse around £30 billion.

Her assurance has miserably failed to convince her Conservative members as well as the markets. Markets have refused to subscribe to her U-turn and are not showing the sign of revival. The Pound still continues to be in a poor health. Economy is yet to come out of the morass.

In fact the prevailing situation has made the Tory MPs to say “She will have to resign. She is worse than Corbyn”, referring to the former Labour leader. A former cabinet minister said “we cannot go on like this indefinitely”, adding the “electorate are not going to forgive us”.

If the Conservative sources are to be relied, senior MPs are planning to remove her from office. One former cabinet minister said they thought “she will make it till Christmas”. Their despair is manifest in their remark “If I could wave a magic wand and get rid of her now then I would, but the problem is the mechanism.”

Meanwhile the Labour leader Keir Starmer, has created flutter by calling for a general election regardless of whether Truss stays or goes, saying the government has “completely run out of road”. He holds that the country was in the absurd situation. Starmer also plans to table a confidence vote in the government as soon as next week.

Keir feels Truss had driven the economy “into a wall” while “trashing our institutions”. He said people were “looking to Labour for the answers to the next election” and the party needed to carry on putting in the work to win the contest, rather than assuming the government’s incompetence would cause the Tories to lose. He held “Truss’s decision to restore the corporation tax rise was the right thing to do but the U-turn was “not a get out of jail card”. The Labour leader said the consequences of the mini-budget were being felt across the country, with people struggling with mortgages and businesses “aghast” at what the government is doing.

Liz Truss was never likely to make a good prime minister and it is too late now for her to change her style and thought process.  She has already inflicted damage to the economy.  Chances appear to be bleak that any kind of course correction on fiscal policy would bring market stability. Her electoral promises and agenda had made it clear that she had a constricted perception of development plan. Anti Sunak sentiment made the conservative members to look away and believe that her ideological prescriptions were outdated and wrong.

It is tragic that no conservative MP is willing to step in the office of the prime minister in view of the mess she has created to the economy. A feeling grips the MPs that any replacement would have to face crisis of legitimacy.  The economy has been ravaged to such an extent that the new incumbent would find it difficult to put it back on the tracks.  Truss’s maverick budget adventure defied economic principles. She embarked on a destructive course with a so called radical zeal that had no democratic basis.

It is a pleasant surprise to notice that the media which had favoured Truss as the best candidate against Sunak, has now turned her bitter critics. They have been questioning her decision to sack Kwasi as “a day of chaos”, “humiliating U-turn”, “Time’s up” and “Truss clings to power after axing Kwarteng” and reports on “an extraordinary day of reversals in Westminster that left Tory MPs despairing and sped up plotting among some rebels trying to remove Ms Truss”.

Truss was elected with the votes of only 81,000 members of the increasingly right wing Conservative Party. During the campaigning she had talked of neo liberal policies.  But in the existing situation these have proved to be of no use. Her “mini-budget” was a giveaway to the rich, pushing through the biggest tax cut in 50 years.

The fact is Britain’s crisis is not simply a currency crisis but a much deeper one brought about by decades of market-driven reforms. There is no denying the fact that this has produced massive inequality. The trickle-down theory has proved to be farcical. This could be the end of the road for neoliberal Britain.

Rishi Sunak lost the Conservative Party leadership race to Liz Truss but more and more Britons want him back as UK faces economic challenges. During the leadership race Sunak had warned against most of the economic policies of Truss. He had described her economic policy as fairytale economics. In a “mini-budget” the pound plunged by 3% against the dollar in hours. Price of 10-year government bonds have fallen falling by 5%, to complete a near-record one-week fall of 11%. Restoring growth to 2.5% is crucial to saving Brexit’s reputation – and to winning a 2024 general election. Ironically she is not in the position to offer any economic stimulus so that the economy shows signs of revival.

According to the Resolution Foundation, another 3 million people will be living in absolute poverty in the UK over the two years to early 2024. The Tories have lost the confidence of the financial markets. They deserve to lose the confidence of the people. It is irony that during the past decade Britain has fallen behind comparable rich nations, with stagnant wage growth and a failure to tackle deep economic divisions. (IPA Service)