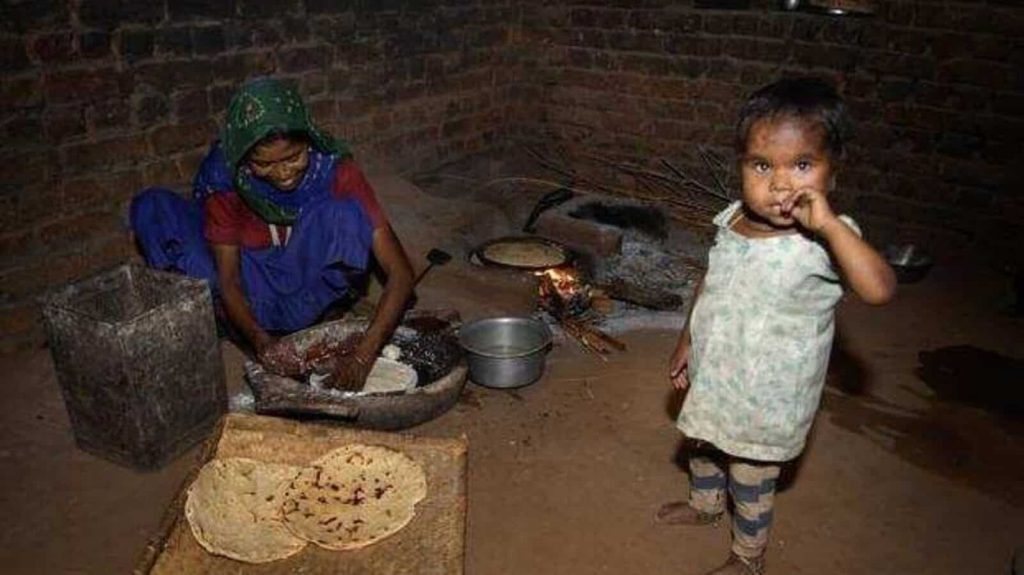 As if the remission to the “Gujarat gang-rapists” and the showboating from the ramparts of the Lal Qila weren’t enough, now there’s India’s humiliating 107 out of 121 ranking on the Global Hunger index, too, indicting the Modi Government. Only the morally-corrupt and the ethically-challenged will not baulk at children wasting and stunting because of widespread hunger, and lack of balanced diet!

This in a country which boasts of the highest GDP growth rate, and the fifth largest economy, with potential to overtake Germany and Japan and become the third largest economy by 2028. Also, what good having the second richest man on the planet in your bailiwick when millions of undernourished children and their equally underfed mothers have to scrounge for one meal a day?

Then, for the all-powerful ‘One’, with the 56” chest, to brag of ‘Azadi-Ka-Amritkaal’, and ‘Mahakaal’ – Kuch Bhi! India’s “bhooke-nange bachche” are star-crossed. The Modi government has virtually left them to fend for themselves. For, that is what happens when the government refuses to accept the GHI ranking, questions its validity, and dismisses it as yet another attempt to “tarnish” India’s fair image.

The Global Hunger Index lists countries by “hunger”, from the “serious”, to the “alarming”. Some developed countries are deliberately kept out of the GHI because “developed” by definition rules out hunger. Unfortunately, India has a long distance to go. For now, India is in a trough of “serious”, and sharing the depression with Taliban-ruled Afghanistan.

Come to think of it, Prime Minister Narendra Modi sharing photo-op with G-7 heads of state is an incongruity—a slap on the face of India’s hungry and emaciated children, the pictures of whom are slowly vanishing from the Getty cache because poverty and hunger are pariah in the 21st Century though the reality is quite another story. Acute hunger stalks India, the next global economic powerhouse.

The Global Hunger Index ranks India 107 out of 121 countries. Pakistan, Nepal, Bangladesh and Sri Lanka are all better placed. But unlike these countries, India has no dearth of foodstuff. The silos are choc-a-bloc with wheat and paddy, pulses and what have you not.

The problem is Modi’s ‘New India’ is ridden with joblessness, with the Great Unwashed left lame and limping for want of purchasing power. No wonder India’s GHI ranking has been consistently slipping since 2014 when Modi became PM on a plank of ‘ache din’. Today, eight years on, lakhs of children born in and after 2014 are stunted and wasted, low in weight, and short in height, their spirits massacred by hunger pangs.

India’s ‘107’ GHI ranking would put a child to shame, but the Modi government doesn’t show concern, nor remorse. Hunger is primordial. Hunger does not go away with empty platitudes. When Congress leader Rahul Gandhi said poverty is a “state of mind”, it was dismissed as a “Pappu joke”. Turns out Rahul correctly defined “hunger”, which is tied with poverty. Fact is, nobody gets a free lunch, and hunger is a symptom of serious development issues.

Prime Minister Narendra Modi and Union Finance Minister Nirmala Sitharaman live an esoteric existence. Over the last eight years, Modi’s “balanced diet” is often the talk of some distant town. There have been unhealthy references on social media on Modi’s own “glowing skin” courtesy “Singaporean mushrooms”!

Modi’s diet should be made public and every Indian should get its advantage. Modi grew up allegedly dirt poor on a largely chai-ka-diet. And, from chaiwala to chai-pe-charcha, it’s been worth the breathless climb. Today, Prime Minister Modi keeps the tricolour flying talking of everything but India’s stunting and wasting children, hunger gnawing at India’s intestines.

According to reports, the Modi government has done away with statistics and “statistical models” to explain poverty and hunger. Also to allegedly cover-up death tolls and economic disasters. In fact, the Modi dispensation is allergic to facts and figures, especially data. If the real unemployment and job data were to surface, Modi and Sitharaman wouldn’t have a tongue to talk.

The revelation that India has more stunted and wasted children than Pakistan, Bangladesh, Nepal and Sri Lanka is humiliating. To put it strongly, it is criminal. It is a slow death visited on innocents. The Modi government can ignore GHI ranking only at its own peril. Instead of ranting and raving, the Modi regime should ask itself why India’s GHI ranking is “serious”, why now, and why not when UPA ruled India.

Why cannot India come up with an alternate set of credible data? What’s the National Sample Survey doing? What about NITI Aayog, and the Ministry of Health and Family Welfare; what about Smriti Irani’s Ministry of Women & Child Welfare? Sitting on imaginary laurels will not do a child or mother any good. Anaemic mothers can hardly give a running start to their newborn. Also, what’s on the menu matters? Why hasn’t the anganwadi system delivered best results? Whatever has gone wrong with the mid-day meal scheme in schools? Food choice and food habits have to change.