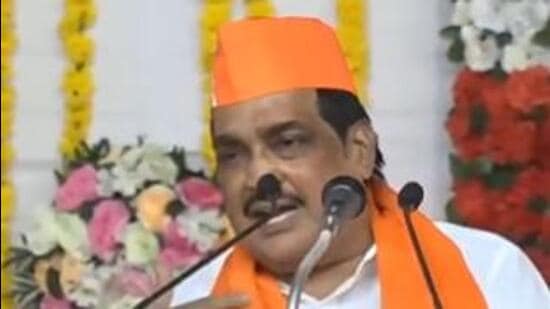 BHOPAL: Both the major political parties of Madhya Pradesh BJP and the Congress have taken two very crucial steps in view of the coming elections of   state Vidhan Sabha. Among the two the state BJP has held a marathon session of important leaders of the party. The meeting was held in the forests of Ratapani in Raisen district, 55 kms from Bhopal. The meeting lasted more than nine hours.

At the same time the Congress took a unique decision of launching four month long Gandhi Choupal. The Gandhi Chaupal has been launched from October 2, Gandhi Jayanti day.

After the meeting concluded, leaders were evasive and no one was immediately willing to comment. By evening, questions were being asked on why some senior ministers like Gopal Bhargava and Vijay Shah were left out of the meeting. Sources said that the party has constituted a ‘political affairs subcommittee’ and only ministers who are part of this group were called to the meeting. Among them were Inder Singh Parmar and even Mohan Yadav and Vishwas Sarang, who are junior to Bhargava.

Later in the evening VD Sharma said “Whether 2023 or 2024, BJP takes every election  seriously. We review our work and hold meetings routinely. We are observing a Seva Pakhwada (service week) to celebrate the birthday of Prime Minister Narendra Modi. That was reviewed. Future political functions were also on the agenda. Our party organisation general secretary BL Santosh gave his guidelines, From Shiv Prakash to Ajay Jamwal, all main party workers reviewed their work at the meeting. Organisational work and its expansion, we kept working on that too.”

Asked about the inclusion of select ministers in the meeting, Sharma said, “Everyone is given some work or the other and that is why they were also part of the expansion. Also strengthening of booths”.

State BJP spokesman Durgesh Keswani told reporters, IN BJP we have our ways of sitting together and holding discussions. We have just won the polls in 46 civic bodies. Discussions are held on how to work for the people of the state and the country”. Asked why only selected leaders were called for the meeting and everyone else kept 8 kms away, Keswani said ‘The criteria of such meetings are fixed by the central leadership. We, at the state unit, cannot intervene in the arrangements.”

As for Congress, it has launched its massive Choupal programme on Gandhi Jayanti day. The programme will conclude on January 30, the day of Gandhiji’s martyrdom. A year before the assembly elections, state Congress launched this campaign to reach out to the 23,000 village panchayats with Gnadhian bhajans and the mantra of Gram Swaraj. Through this campaign Congress targets to add two lakh new members to the party.

“From October 2, the state Congress campaign cell will launch hosting the Gandhi Choupal in 23,000 panchayats” said state PCC media cell vice-president Bhupendra Gupta. “In the Gandhi Choupals, bhajans and songs of unity will be sung like ‘Raghupati Raghav Raja Ram’ and ‘Ishwar Allah Tero Namm’. Mahatma Gandhi’s principles will be discussed” he explained.

Senior and elderly members of the villages will be felicitated. “The party will reach out to all 23,000 panchayats in the next four months, campaign will conclude on January 30 – the 75th death anniversary of Mahatma Gandhi. It is also our pledge to have two lakh members join the Congress party during the campaign. And these workers will get the opportunity to join the Bharat Jodo Yatra” Bhupendra Gupta said.

State Congress leaders claimed that financial disparities are increasing in the country with one or two persons becoming the richest in the world while the rest of the population becoming poorer every day. “To bridge the gap, it is required to promote Gram Swaraj and the Mahatma’s model of self-reliance” Bhupendra Gupta said.

“Through this Choupal Congress will talk to the people in the villages about how the rich-poor disparity and hatred between communities is increasing. Rural India is being exploited while Inflation is spiralling and the youths face increasing unemployment. The Congress will work through this campaign to bring people of all communities together” he said. (IPA Service)

Congress Depending On Imported BSP Leaders For Revival In Uttar Pradesh
Posting....