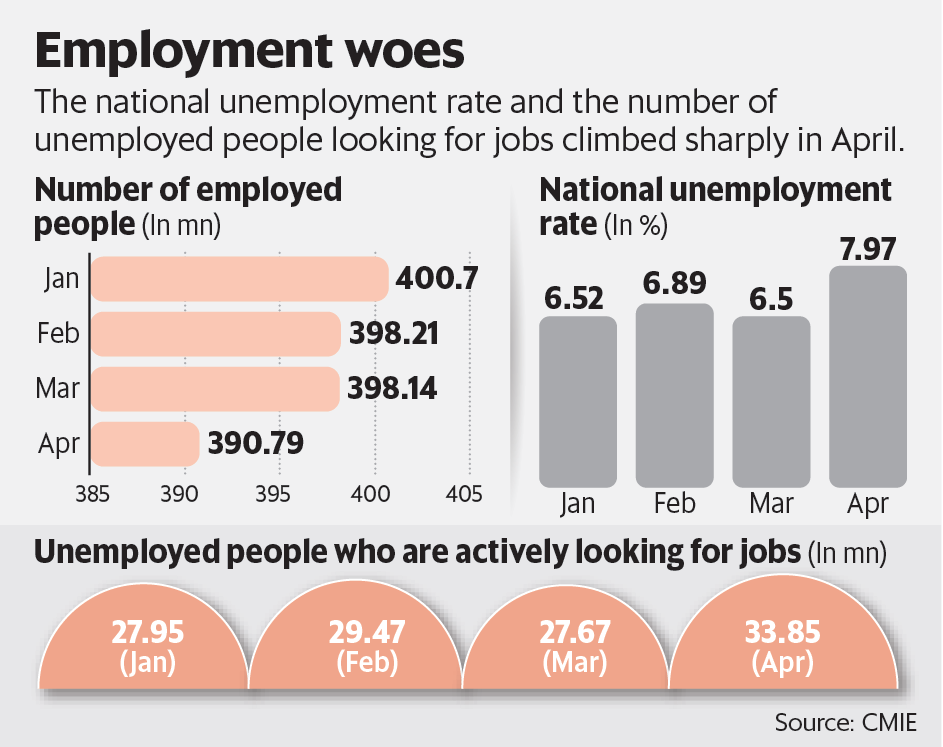 We have entered a phase when the history of class divided society has been taking a new turn. One of the basic features that are called the driving forces through which capitalism is characterised is labour, and through labour,   comes surplus that drives ahead the productive forces in capitalism. Labour is one of the priorities of economic growth in the modern society. It is the injustice at the roots of capitalist society that gives it momentum. Surprisingly, the capitalist today is not interested in investing on labour and this indifference towards economic growth deepens the crisis capitalist society has been facing itself.

In the data showing the decline of country’s labour force participation has been indicated that as from 445 million it came down to 435 million in over six years, from 2016-17 to  2020-2021. Only 40 percent of legal age participants were looking for jobs in the process of industrialisation as labour, in 2020-21, while in 2o16-17, It was 46 percent of the total legal age workers according to CMIE survey. This time, Pandemic has not been severe still, and hence, no need for lockdown has been felt.

According to estimations made on the GDP growth, it showed a sharp contraction in the economic activity of 24 per cent in the April-June quarter of 2020. The common masses had to suffer great tragedies and bear the impact on lives and livelihoods. The effects of crisis that befell the entire population of the country have been slowly getting visible along with the shrinking of the economy. There could not be exhibited any growth and progress in economy as there was none. The tragic shrinking process is still unfolding even though the worst phase is over.

At the moment according to CMIE, in our country there are 1085 million able bodied persons with the legal working age of fifteen years. They have every right to be employed but it is nowhere seems to be possible. Among women, the labour force participation was much lower at the double digit only.

It has gone down much lower, having dipped to 9.5 percent in 2021-2022. In 2016-17, this data was much higher at fifteen percent. For men, the participation rate dipped from 74 percent to 67 percent, which is in fact a tragic fall. In the urban regions, the participation rate showed higher decline compared to rural regions. The fall in the urban areas was estimated at 37.5 percent, from 44.7 percent which was a decline of 7 percentage point. The decline rate was estimated in rural areas as 41.4 percent from 46.9 percent. In the decline rate in 24 states in the country, in 23 states among them, participation rate declined

The dark shadows were tragically lengthening further. In the data released by CMIE, in January, 2022, it was revealed in the exposure of a strange phenomenon, which in our country’s labour market was hardly ever seen. At least 6.6 million people just moved out of the job market. Why? They were too disappointed to even search for a job, because they had realised that there were absolutely no jobs in the market. In fact they were virtually thrown out of the job market. The worst came when they were not even getting counted in the system. It was negating even their existence. Nowhere they got any mention among the unemployed. As a result the job scene in the country had a face lift. The number of those unemployed got reduced which in turn reduced the unemployment rate. Rather in case of January 2022 situation, employment conditions worsened on the ground but unemployment rate declined. It is propagated by the Centre as its great achievement. A fallacy was used while describing the decline in the unemployment rate as a sign of economic recovery to convince the common masses. In fact it was brazenly put forward telling the country that employment opportunities were on the rise, since the unemployment rate was falling! (IPA Service)

May 1 This Year Has Special Significance For Indian Working Class
Posting....