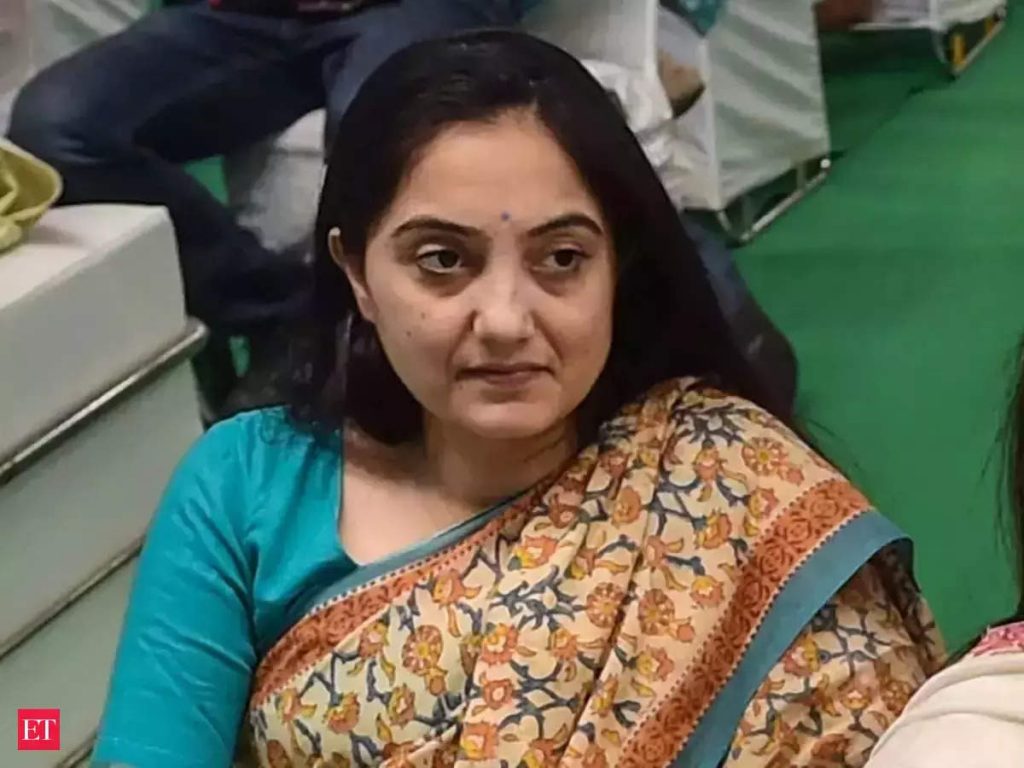 Lopping off anybody’s head in the best of Islamist traditions isn’t for India. And no amount of rioting can change that. But frustration has to spill. And so it did. High up in the sky, above Bengaluru, a grotesquely strung up Nupur Sharma effigy, hanging from an overhead cable, pointing an accusing finger at Prime Minister Narendra Modi, and the Government of India.

Are we back to the medieval ages? Is there rule of law in this country? In Ranchi, a policeman panicked and wept, completely shaken by the stone-pelting. And even the wind stood still at the shocking sight of Nupur hanging by a string—in our midst people with murder in the heart! Others have spoken aloud the same “Prophet remarks” spoken by Nupur Sharma. Islamic scholar Zakir Naik is one of them, but he walks tall with a straight head, even in the so-called strongholds of Islam.

Why cannot Nupur Sharma? India’s current crop of “Islamic scholars”, many of who have participated in the same TV shows in which Nupur Sharma also held forth on Hindu-Muslim issues, have no sympathies to spare for her. They are all on the same thread, every one of the 2 billion-strong Muslim Ummah, the brotherhood of believers.

Every one of them cutting across boundaries wants Nupur Sharma’s head on a platter for the “outrageous remarks” she made about Prophet Muhammad. The average Muslim cannot understand what the hullabaloo is all about, “Why don’t you guys understand this had to do Prophet Muhammad, nobody speaks of the Prophet in a disrespectful tone, and gets away. Period.”

But, hey, we live in India where rule of law is supreme, and runs the gamut. Also, India has a Constitution. You swear by the Constitution. When it suits “you”, you hold it aloft. But you deny it when it doesn’t suit “you”. How can there be two laws for the same crime for two sets of people?

For the Muslim, no matter where, Nupur Sharma, and Naveen Jindal, have committed “blasphemy”, and, according to the Islamist playbook, punishment for “blasphemous remarks against the Prophet” is beheading. India, however, has 295A of the Indian Penal Code to tackle such goof-ups.

Section 295A deals with “deliberate and malicious acts intended to outrage religious feelings of any class by insulting its religion or religious beliefs”, and Sharma has been charged under this section by the Delhi Police. Also by Thane’s Mumbra Police. And, also by police in Hyderabad.

That said, there are also bounties placed on Nupur’s head by radical fundamentalists in Hyderabad. Also a Pakistani Rs 50 million bounty by a Pakistani Islamic scholar. These random bounties are what play havoc. They get stuck in the heads of random bounty hunters. Fanatics, waiting in the shadows to claim the Rs 50 million Pakistani money, and glory from god!

The question is, will the Government of India let a Sharia-type law on blasphemy hound both Nupur Sharma and Naveen Jindal their entire lives? Will Prime Minister Narendra Modi and Union Home Minister Amit Shah wait for another event to surpass this one? Are they in command of the situation?

It is instructive to note that for a long time, no efforts were made to bring down Nupur Sharma’s effigy in the sky by the BJP government of Karnataka. The optics, however grotesque, helped the rightwing to consolidate resentment against Muslim and, therefore, by extension, against the secular Congress.

The Nupur factor is a lightning rod for the BJP. But whenever and wherever there’s a riot because of Nupur/Naveen, it’ll always be ‘Advantage BJP’. In Uttar Pradesh, for example, after June 10’s “Friday fury”, Chief Minister Yogi Adityanath is back in form as “Bulldozer Baba”, the effects of which will be felt in Gujarat, and in Himachal Pradesh.

The BJP has already turned Nupur/Naveen into a vote-cow for the assembly elections in 2023. And Nupur Sharma has overshadowed Gyanvapi, and the ‘Shivling’ for “winning Hindu hearts”. Gyanvapi started the row that led to the alleged blasphemy, and ‘Sar tan se juda’. For a while on Friday, June 10, everywhere you looked, there were rampaging, stone-pelting crowds. This must have been how Medieval India looked! The Hindu-Muslim game that started in 2014 was in full play in Narendra Modi’s second term. (IPA Service)