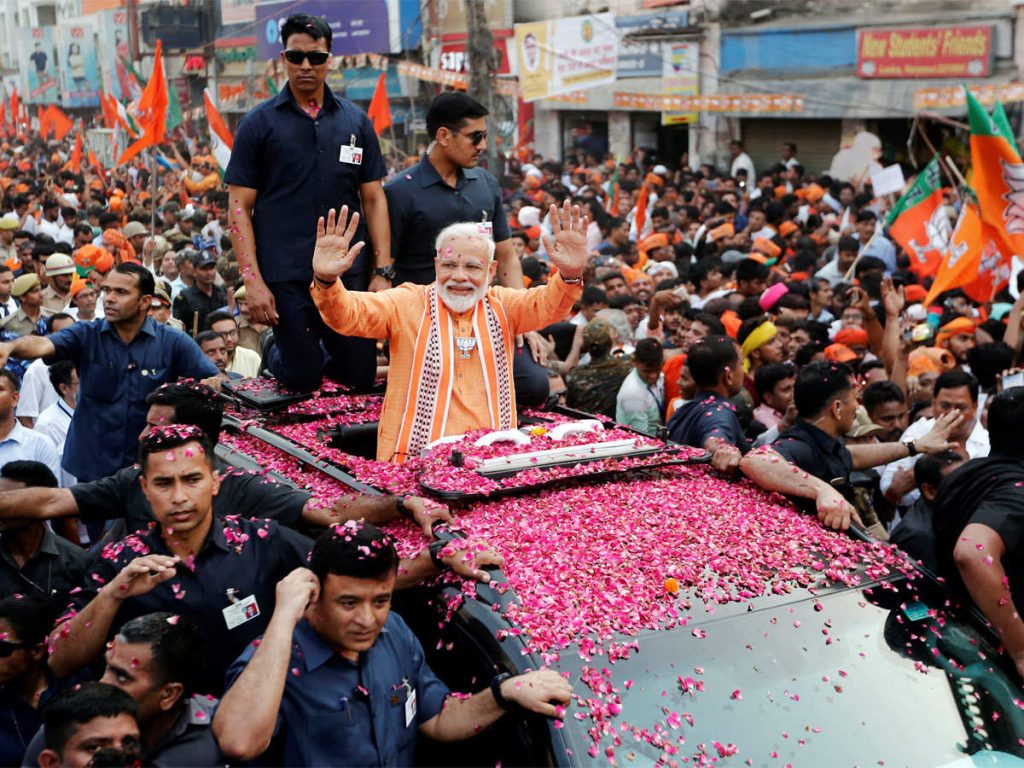 LUCKNOW: Will the mega road show of Prime Minister Narendra Modi in Varanasi spin the magic for BJP in the holy city and other constituencies in seventh and last phase of polling in Uttar Pradesh on March 7?

During 2017 assembly polls, riding on Modi wave BJP and allies had won all seats in Varanasi and maximum in remaining constituencies.

Realising the serious threat from Samajwadi Party and it’s allies this time forced PM Narendra Modi to spend more time in his Lok Sabha constituency to campaign and interact with different sections of society.

BJP is banking on personal appeal of PM Modi and Hindutva card due to renovation of Kashi Vishwanath temple and mandal card in view of alliance with OBC parties like Nishad Parties and Apna Dal (Sonelal).

But this time Prime Minister Narendra Modi in particular and BJP in general are facing serious challenge from Samajwadi Party supremo Akhilesh Yadav who too had massive response to his road show in Varanasi.

However, changing caste equation and aggressive mobilisation of Muslims by Samajwadi Party has changed the scenario in this region.

Bahujan Samaj Party president Mayawati also toured the region to campaign for her party due to strong presence of Scheduled Caste and Scheduled Tribe population in these constituencies.

It would be interesting see how voters of three naxali-hit constituencies Chakia, Robertsganj and Duddhi decide the fate of their candidates.