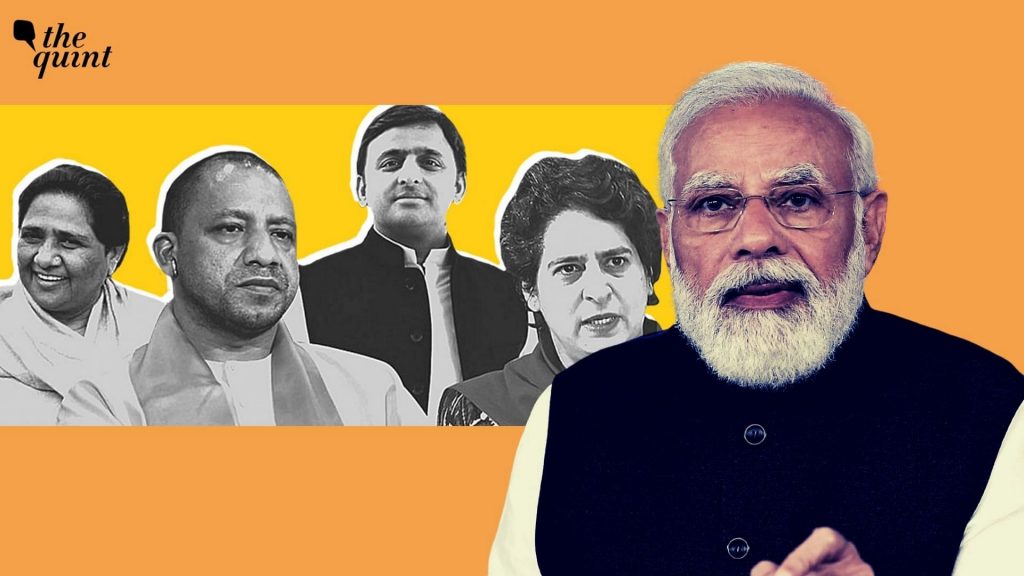 LUCKNOW: Playing the emotional card of nationalism Prime Minister Narendra Modi has sought vote for BJP during sixth phase polling scheduled on March 3 to empower Uttar Pradesh and for strong India in the changing world scenario. PM’s thrust of speech for a strong leadership has significance in the context of the Russia-Ukraine war which is continuing now.

During his public meetings, PM Modi blamed the opposition for backwardness of poorvanchal.

Chief Minister Yogi Adityanath is facing serious challenge not only to win his own seat in his home turf Gorakhpur but to retain BJP seats in eastern UP in sixth phase of polling.

BJP had won 46 out of total 57 seats in this phase in 2017 elections.   Two seats were won by alliance partners Apna Dal and Suheldev Bhartiya Samaj Party.

The prestige of chief minister Yogi Adityanath is at stake as five members of his ministry are also contesting from this region.

Although Chief Minister had said that he would not campaign for himself but challenge from rival candidates forced him to hold small meetings and door-to-door canvassing in Gorakhpur.

So much so, Gorakhpur is full of banner and posters with picture of PM Narendra Modi alone seeking votes for BJP.

BJP is not taking any chance in this phase that is why PM Narendra Modi is addressing meetings back-to-back in this phase.

Launching his attack on BJP, Samajwadi Party national President Akhilesh Yadav said that double engine governments doubled the joblessness, price rise and corruption in the state. During his meetings in Gorakhpur and other constituencies Akhilesh Yadav blamed BJP government for the problems being faced by farmers.

Bahujan Samaj Party has strong presence in poorvanchal due to scheduled caste and Scheduled tribe population. BSP national President and former CM Mayawati also launched attack on UP CM Yogi Adityanath and asked the voters to send him back to his Mutt. She blamed him for problems being faced by Muslim community and SC and ST population in the state.

Significantly Congress leader Priyanka Gandhi extensively toured poorvanchal and there was good response to her road shows and public meetings where she reminded voters about old links of her grandmother Mrs Indira Gandhi and father Rajiv Gandhi and development work done by Congress governments. She also asked votes for UPCC President Ajay Kumar Lalloo.  Priyanka has created a good impression on voters but the Congress support base is still inadequate and the latest surge in favour of the Congress cannot be transferred into votes during polling.