BJP Call To Rewrite The Constitution Has Ominous Tones For Democracy 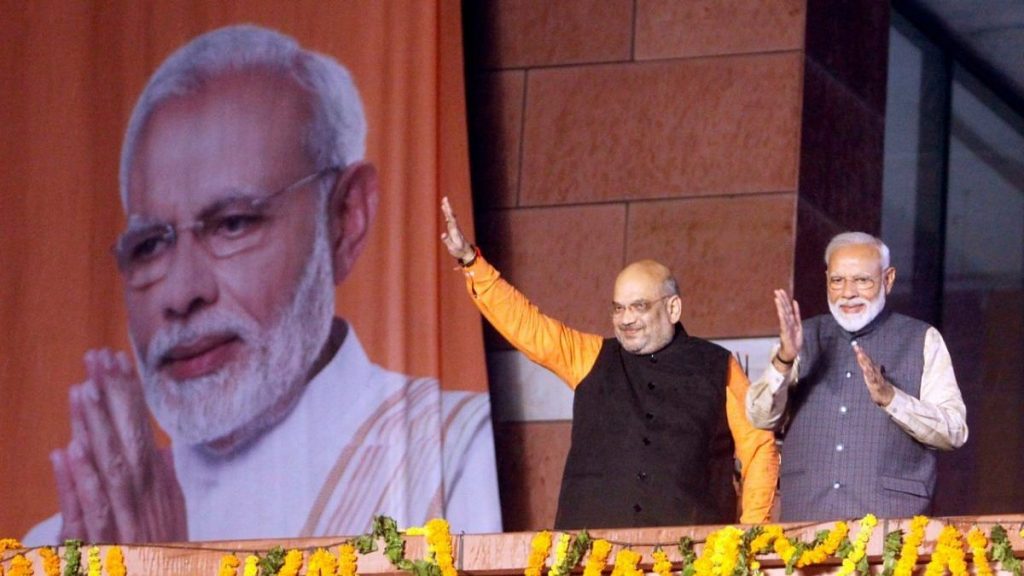 With the beginning of the third decade of the new century, there is a blatant effort to distort the history of the country, surprisingly, without any historicity. The latest indicator is the call to rewrite the Constitution. Implicit in this call is the BJP government’s bid to make people remember only what V D Savarkar wrote in his monograph as early as in 1923, “…The whole of India is for Hindus by virtue of the fact that they alone, and not Muslims or Christians, considered its territory sacred.” He wrote further, “All Hindus claim to have in their veins the blood of the mighty race incorporated with and descended from the Vedic fathers, the Sindhus.” Summing it up, he wrote, “We [Hindus] are one because we are a nation, a race and own a common Sanskriti (culture).” He never mentions our most beautiful cultural heritage of unity in multiplicity.

The concept of separate Hindu nationality emerged for the first time in the monograph which tended to replace the anger against the injustices committed by the British colonialists with negativity against the Muslim community with the same intensity. In a way therefore it was offering a handle to British authorities to follow its divisive policy. It was the emphasis on the concept of Hindutva that added to its exclusivity and all others, especially Muslims, remained the ‘other’ against whom the negativity was to be directed. To Savarkar, the term Hindutva represented the politically conscious Hinduism that sought to organise Hindus as a nationality. India’s Muslims and Christians did not constitute a part of this vision of the nation. The book did not only define what he considered Hindu nationalism, it also echoed his call for actions against Muslims because he specified that “a conflict of life and death” began “after Mohammad of Gazni crossed the Indus”.  The text therefore tended to place Hindus against Muslims.

Savarkar was released in 1924. Soon after in 1925, Rashtriya Swayam Sewak Sangh (RSS) was born to carry forth his vision. Each of the five founder members that included K B Hedgewar, B S Moonje, L V Paranjpe, B B Tholkar and Ganesh Savarkar, was loyal towards Savarkar. RSS did not have a constitution nor it openly defined its aims and objects. Yet it was widely perceived as an organisation meant to establish a Hindu Rashtra. RSS as an organisation used Hindu religious identity to attract youth and train them against “internal enemies”, that was precisely Muslims.

Despite the efforts, the organisation was not able to take off in the first few years. It was only after Munje, the patron of Hedgewar, met Mussolini and visited his training centres that he could inspire new ideas and new vigour into RSS. The meeting took place in Italy in 1931, when fascism was well established in that country.

The agenda of pushing the minorities, in particular Muslims, off the edge was started getting implemented in real senses only after Munje came back from Italy with his new ideas. In 1933, Intelligence Bureau prepared a detailed report on the activities of the RSS. It said that in the name of preparations for communal outbreaks, members of the RSS were given training in the use of spears and swords and daggers. “More recently the Sangh has grown more ambitious and in a speech at Nagpur, during the Dussehra, 1932, Dr. K. B. Hedgewar, who is the Provincial Commander and organiser claimed that Hindustan was for the Hindus who would dominate the future government of India and whose privilege it should be to dictate the other communities,” said the Intelligence report.

It was a challenge that Hedgewar posed to Muslims, in a much more clear and precise terms then that in the book of Savarkar. However, the organisation itself being in a nascent stage, the message could not reach the larger audience.

In 1937, Savarkar became president of Hindu Mahasabha. In the presidential speech delivered at Ahmedabad session of the party, Savarkar laid down the first clear cut exposition of the two nation theory.  Once taken up three years later by Mohammed Ali Jinnah, the two nation theory of the Hindutva leader started snowballing into communal crisis, and finally culminated in the horrors of partition.

“As it is, there are two antagonistic nations living side by side in India. Several infantile politicians commit the serious mistake in supposing that India is already welded into a harmonious nation, or that it could be welded thus for the mere wish to do so. These are well- meaning but unthinking friends take dreams for realities. That is why they are impatient of communal tangles and attribute them to communal organisations. But the solid fact is that the so called communal questions are but a legacy handed down to us by centuries of a cultural, religious and national antagonism between the Hindus and Moslems,” said Savarkar in his presidential speech at Ahmedabad. “Let us bravely face unpleasant facts as they are. India cannot be assumed today to be a unitarian and homogeneous nation but on the contrary there are two nations in the main: the Hindus and the Moslems, in India.”

As if sowing the seeds of two nation theory was not enough, another Hintutva leader MS  Golwalkar, just after becoming the chief of the RSS, brazenly compared the project of promoting the Hindu Rashtra with German anti- semitism.  In his book, “We or Our Nationhood Defined”, published in 1939, he presented Hitler’s treatment of jews as a model to be applied on Indian Muslims.

“To keep off the purity of the race and its culture, Germany shocked the world by her purging the country of the semetic races – the Jews,” Golwalkar wrote. “Race pride at its highest has been manifested here. Germany has also shown how well nigh  impossible it is for Races and cultures, having differences going to the root, to be assimilated into one united whole, a good lesson for us in Hindusthan to learn and profit by. “

He then argued, “From this stand point, […] non-Hindu peoples in Hindusthan must either adopt the Hindu culture and language, must learn to respect and hold in reverence Hindu religion, must entertain no idea but those of the glorification of the Hindu race and culture […] and must lose their separate existence to merge in the Hindu race, or may stay in the country, only subordinated to the Hindu Nation, claiming nothing, deserving no privileges, far less any preferential treatment not even citizen’s right.”

This book, on the one hand brought German Nazism in the context of India, on the other it created a clear distinction between ‘we’ and the ‘other’. It laid down a comprehensive road map to deal with Indian Muslims. History has to be seen in its context, not in the manner in which Modi and his masters would like us to see. They are aware that the history is not with them, hence the effort to reconstruct the past according to their own interest.

In fact  the RSS, with its definite political aims, does not believe in democracy as wrote Golwalkar in his ‘Bunch of thoughts’, “The concept of democracy being ‘by the people’ and ‘of the people’ meaning all are equal sharer in the political administration, is to a large extent only a myth in practice.” (IPA Service)

Japanese Investment To India Has Not Got Any Fresh Boost Due To PM’s Visit
Posting....