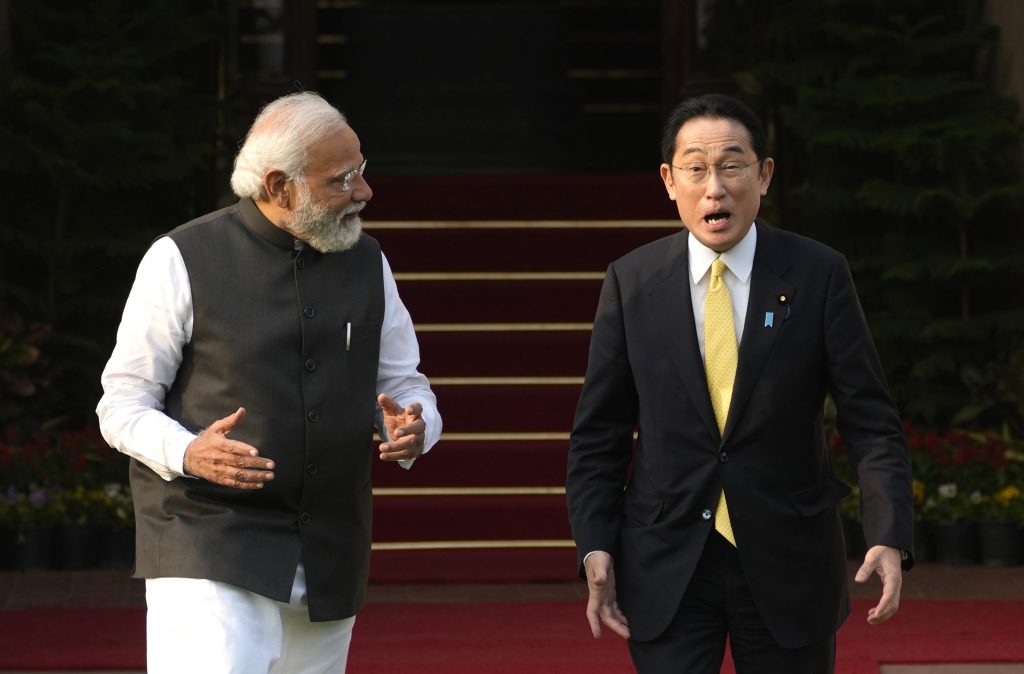 Mr Fumio Kishida is the first Prime Minster, who made physical visit to India during the COVID 19 pandemic. He is the former Prime Minister Shinzo Abe‘s handpicked successor. His rise to the frontline was his vow to counter China’s growing influence by closely working with USA and other likeminded democracies. His visit enchanted Indian counterparts with the increased Japanese economic cooperation from US $ 33 billion to US $ 42 billion. But, it frayed to enthuse corporate sector, as the Japanese PM preferred silence on investment in India.

The joint statement fell short of focusing on Japanese investment in India .This raised eyebrows on the urgency of Japanese Prime Minister visit to India . The world is in divided on Russia’s invasion in Ukraine. Were India’s abstaining from UN resolution and maintaining a “balance” policy prompted Japanese Prime Minister to visit India, coveting economic cooperation?

Japanese investment declined by 39.5 percent in 2020-21. In contrast, total FDI in India surged during COVID 19 pandemic. Arguments were leveled against the real intent of the visit when Japan incentivized its investors to decouple from China and invest in other part of Asian countries, including India.

Foreign investment is crucial for India to ensure its bounce back in the economy. Japanese Investment has been the core issue for strong economic tie between the two nations. It is known for placing India in the global map for automobile industry and transforming Indian manufacturing in technology oriented and supply chain dynamism. Against these backdrops, silence over Japanese investment left Indian corporate sector sullen, who were agog for special challenges to restore the investment. .

During pre-Covid period, Japan was one of the major foreign investors. In 2019-20, it was the third biggest investor in India. Why is it then the euphoric Japanese mood turned apathetic, while USA and UK investors were upbeat? According to survey reports, the downturn in profitability and suffering of losses by large Japanese investors gloomed the Japanese sentiment. More than 50 percent of Japanese investors surveyed in India projected losses in their operating profits in 2020. This is the highest among all nations of Japanese investment in the world. Ironically, the ratio of losses in China was at low margin , 19.5 percent. This reflects that even though Japanese government advocated incentives for decoupling from China and move to other Asian nations during pandemic, Japanese investors were reluctant to shift to India.

With the initiative of the Abe administration, a new strategy for defence cooperation was adopted for 2+2 Foreign and Defence Ministerial meetings in November 2019. Japan was the second country, after the USA, with which India had such a dialogue format. The dialogue had an eye on countering China’s expansionism. Two sides provided opportunities to give the strong spine to India-Japan special strategic and global partnership in political security.

JBIC (Japan Bank for International Cooperation) in its 31 surveys 2019, advocated India as the most attractive investment destination, leaving behind China and Vietnam at second and third positions respectively. In other words, China’s drop in attractiveness paved the way for India to rise to the top for investment destinations. India-Japan strategic partnership and engagement in defence cooperation demonstrate a major transformation in India-Japan relation from bilateral economy issues to political dynamism during the Abe regime Eventually, the strategic partnership led to a splurge in Japanese investment in India.

President Putin Is Still In His Own Created Mess In Ukraine After One Month Of War
Posting....