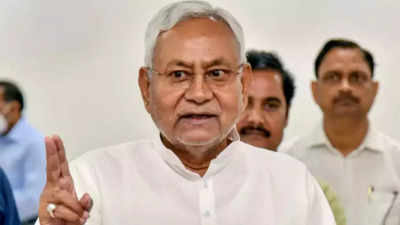 The cat is out of the bag. It is no more a secret that the week old indiscriminate firing by four criminals in Begusarai of Bihar was planned by close aides of a local BJP leader. Only a couple of days back, a Congress leader came out with the revelation that  the firing was restored to by the leader of the criminals said to be close   to a BJP leader. This was enacted with the, primary aim to create panic and impression amongst the people of the state hat the proverbial Jungle Raj, the only feature of Lalu Yadav’s rule has returned back to the state.

Desperation of the central BJP leaders to keep Bihar under its grip has in fact turned the  local BJP leaders jittery to such an extent that they are willing to go  to  any  extent to turn the dream venture of the BJP in a reality.  No doubt just after the Mahagathbandhan government was sworn in ,   some stray incidents had taken place. But those were more of localised nature having personal implication than having a political dynamics and dimension. As a result of this the BJP could not project them as administrative failure.

Nitish Kumar had said a well-knit conspiracy was behind the firing spree on the national highways in Begusarai on Tuesday evening. “One place where indiscriminate firings were made, the people belonging to backward castes reside, while another spot is dominated by minorities. It shows it has been executed deliberately and in a planned manner. Definitely it is a conspiracy. I have asked police officers to examine the incident with all angles and probe the conspiracy angle,” said Nitish.

With Nitish Kumar entering into the national ring with the arduous mission to organise and unite the opposition, the BJP leadership became restive. It deployed some of its known faces to criticise and launch a tirade against him. Leader like Sushil Modi who was spending his time in hibernation was made to command the insinuation campaign. This has political implication. As the deputy of Nitish during the two NDA governments he had earned the reputation of being the chum of Nitish. Both were anti Lalu. Obviously the BJP leadership nursed the view that anything coming out of mouth of Modi will   earn the trust of the common Bihar.

But the think tank and Chanakya of BJP Amit Shah committed yet another blunder. Modi has already the trust and support of not only the common Bihari, but even a major section of the state leaders and cadres. They nursed the impression that Modi serves the interest of his henchmen and caste men. This impression was a major setback  for the party that too at a time when it was   systematically losing the support of the upper castes, especially the Bhumihars. The upper caste leaders were quite happy at his being shifted to Delhi as the Rajya Sabha member.

Like him his compatriot Ravi Shankar Prasad also took upon himself the responsibility to attack Nitish. But his influence and crowd of supporters is quite negligible.  His own party fellows confide that even his own caste men Kayasthas do not accept him as their leader. It is least said the better for other castes, particularly the OBCs and others. Ironically for Nityanand Rai, the union minister self proclaimed Yadav leader, the Yadavs of Bihar have outright disowned him as their caste leader. Recently taking a nasty jibe as Lalu Yadav’s caste lineage , he had claimed to the genuine Yadav leader. But there were virtually no takers for hid claim.

It is really disheartening for the Modi-Shah combine that all their machinations to show Nitish in bad light and keep him confine in Bihar have failed. Now the task is left to the lower rank to create a frenzy among the people about his failure to provide a clean and effective governance.

Nevertheless undeterred of these allegations Nitish is steadily going ahead with his mission to unite the opposition.  Nitish’s recent assertion that special category status will be granted to “all the backward states” if the united opposition that he seeks to build comes to power at the Centre has simply unnerved the Modi-Shah combine.  His observation; “If we get an opportunity to form the next government, all the backward states will be granted the special category status. There is no reason why it cannot be done,” is being perceived by the top BJP leadership that he is unfazed of the diatribes launched by them.

If the JD(U) sources are to be  believed he is going to wreck the old issue of denial of Central University to Patna University. In October 2017, in the presence of Modi who was attending the centenary celebrations of Patna University, Nitish had sought his support to declare the institution a central university. Modi had responded that he “wants to take PU beyond a central university” and invited the university to bid for the central government’s new scheme of Institutions of Eminence (IoE). Unfortunately Patna University could not qualify for the “eminence” tag. While Patna University did not get the tag, 12 universities including 8 public-funded institutions secured IoE status, after a scrutiny by an empowered expert committee (EEC). Even the Nalanda University which was renovated Nitish with Amartya Sen as the chair of the Board has not received the desired help from Modi.

Though some sceptics are too willing to subscribe to the vilification campaign of the BJP against Nitish, there is general appreciation for his step. The campaign of the Godi media that Nitsih has been striving for becoming the prime minister is rejected by the common people. They are satisfied with his mission to work as the king maker.

Meanwhile on his part  Nitish Kumar has rubbished the BJP’s jibe that ‘Jungle Raj’ (lawlessness) has returned to Bihar with the Mahagathbandhan (Grand Alliance) government coming to power, and asserted that there is ‘Janta Raj’ (people’s rule) in the state. He emphasised “Stray incidents are not a reflection of the overall law and order situation in the state. What Jungle Raj? Maintaining law and order has been the priority of our government. There is Janta Raj”. He also said such comments do not affect the government as it is committed to working for the people of Bihar.

Now, on the plea of curbing crime, the CBI has been targeting close aides of Lalu Yadav. In a sudden move simply to embarrass Lalu Yadav and his son Tejashvi, the Deputy CM, the CBI has moved for speedy trial to be expedited in the IRCTC hotels scam case in which Lalu Yadav his wife Rabri Devi, Bihar’s current deputy chief minister Tejashwi Yadav and 11 others have been named as accused in the agency’s charge sheet. Even four years after a special CBI court took note of a charge sheet filed by the investigative agency against Prasad and others allegedly involved, arguments on framing of charges are yet to commence.

Interestingly in regard to Rabri Devi, Tejashwi Yadav and the others allegedly involved, the CBI’s status report said “none of them have been alleged to abuse their position in any official capacity, and their commissions and omissions in constituting the crime were in their individual capacities, hence, sanction for their prosecution under the provisions of the Prevention of Corruption Act, 1988 was also not considered necessary”. (IPA Service)