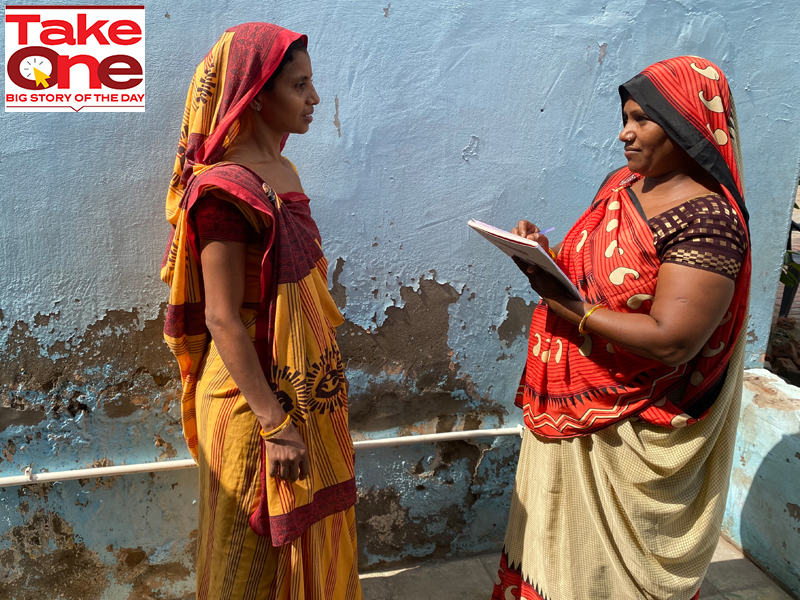 “ASHA will be the first port of call for any health related demands of deprived sections of the population, especially women and children, who find it difficult to access health services,” read the Union Government’s document on Accredited Social Health Activist (ASHA). However, ASHA workers are deprived of even ‘worker’ status and hence of all benefits a worker must get for their survival with dignity. Such an exploitative system has been devised by the Union Government just by calling them ‘activist’ and ‘volunteers’.

Since majority of the ASHA workers are from the poor families with no opportunity of getting proper jobs, they had no option but to accept this position. Even when they don’t get the meagre financial compensation for over 60-odd activities, they are compelled to continue in work, a condition that can be regarded as ‘modern day slavery’. They have been demanding worker status and minimum wages for several years but the Modi government is not listening to. The Centre and the States have been blaming each other for the unjustified financial packages they give to ASHA workers.

There are about one million ASHA workers in the country working under the National Health Mission. They have been staging protest demonstrations for fulfilment of their demand at district and state levels with little success. They have also been organising national conventions but they did not have any all India platform to raise the issues they have been facing with the Central level also. It is in this context the three-day national convention organised during September 16-18 at Kurukshetra in Haryana, has a special significance, since they assembled to form ASHA Workers’ and Facilitators’ Federation of India (AWFFI) for the first time in the country.

About 300 delegates from 23 states have participated in the convention organized by Centre of Indian Trade Unions (CITU). The delegates were from ASHA workers’ and facilitators’ unions who have been demanding better health for all by strengthening the country’s public health infrastructure. They also sloganeered to intensify their struggle to turn the National Health Mission (NHM) into a sustainable programme.

It must be noted that the programme was first envisaged under the National Rural Health Mission (NRHM) and launched in 2005, and was extended for urban areas in 2013. As community health volunteers they have been critical link between the government healthcare system and the community, who have been on the frontline in combatting the COVID-19 pandemic since 2020 disregarding concerns for even their own safety. They have been lauded by all national and international organisations including the governments of states/UTs, Centre, and the WHO. They do deserve ‘worker’ status and commensurate proper compensations packages for which they are entitled. Its very sad that they have been struggling for even minimum wage and timely payment.

They are entitled to task-based incentives for over 60-odd activities as listed by Central government including mobilising the community and facilitating people’s access to health and related services, spreading awareness, and even acting as care providers to pregnant women and children requiring treatment. In addition they get Rs 2000 for a set of routine activities form the Centre, and the states/UTs provide them a fixed monthly payment that is in no way a proper compensation for their work.

WHO has announce Global Health Leader award to ASHA worker for their service to the nation during the pandemic, which is a matter of pride. However, the India is yet to recognise the right of ASHA worker as a worker, and is paying a pittance to them as incentive for each of the tasks they perform. They are even not entitled to any social security or pension. They are grossly underpaid, recognised at best as only ‘part time’ worker, but are supposed to be available for work round the clock. They worked on an average 12 hours a day during the pandemic. Their paltry remunerations are even delayed for up to six to eight months.

Indian Labour Conference (ILC) which is the highest body for policies in India had discussed in its 45the session in 2013 the issues relating to scheme workers which included ASHA workers and had recommended that they should be recognised as workers, and should be paid minimum wages and must be covered under social security benefits. Even though Modi government did nothing, and after 46th session in 2015, no session was held till now.

The two-day national convention of National Federation of ASHA worker in Bhubaneswar held in June 2022 had demanded at lease Rs18,000 per month as salary, social security, and livelihood support to lead a dignified life. One of the participant their said that they were getting only a meagre Rs4,500 per month as incentive. The convention demanded minimum wage, retirement benefit, and medical insurance.

On September 8, 2022, ASHA workers in Jammu took out protest rally demanding implementation of Minimum Wage Act for them. They alleged that they are getting remuneration of only Rs2000. It must be noted that there is no state government there after 2020 when statehood was done away with by the Modi government. Jammu and Kashmir is presently a UT. The protestors said that in the states like Punjab, Haryana, and Himachal Pradesh ASHA workers are getting more than Rs10,000 per month.

ASHA workers were agitating in almost all states where the scheme in being implemented. In the convention held on September 5, 2022 in Delhi, they have unanimously decided to take out a campaign on issues of scheme workers till March 27, 2023 and thereafter they will intensify their agitation. The Kurukshetra convention and the formation of AWFFI is part of it. (IPA Service)