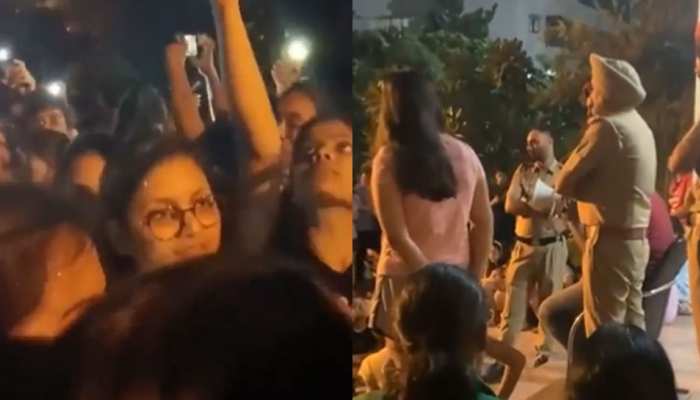 ‘Iconoclastic filmmaker dead’ read the headline, and people reckoned rightly that it must be about the death of French filmmaker Jean Luc Godard, whose reputation as an “image destroyer” was an established fact long before he called it a day. Veneration of anybody and anything was always in short supply when Luc Godard was among the living.

And venerating women has long been said to be India’s pastime, at least in the stories told at bedtime. Cutting off Surpanakha’s nose was an epic aberration never repeated in literary form. So when Prime Minister Narendra Modi once indirectly referred to a Congress Rajya Sabha MP as “Surpanakha”, the Ravana of the moment was Modi and nobody else; it was perhaps the lowest ebb in Modi’s existence till then.

Politicians even otherwise haven’t much going for them. On another occasion,  Narendra   Modi referred to Sunanda Pushkar as Shashi Tharoor’s “Rs 50 crore girlfriend”. Modi was roundly criticized but other people’s wives and girlfriends are often easy targets. Ask the Pandava princes and they would tell.

For the women of the species, there have always been too many Kauravas around for comfort. The only epic being who respected women without conditions attached was Hanuman, whose treatment of Sita was the stuff of legends. In our country we keep hearing of ‘beti padhao, beti bachao’, a slogan popularized since Modi came to rule; and most often heard in Haryana where for ages women were always kept behind veils of convenient inconvenience.

Already, Himachal Pradesh is an outpost very much involved in the racket; and who knows till where all, in which all states, and in which all universities, the tentacles are spread out. The moral compass of our students, and that of our teachers, haven’t been set for a long time. The times are such that it wouldn’t be for another longer stretch of time.

Nobody is bothered; the least, the rulers of India. The attempted cover-up is worse. If some reports talk of multiple MMS videos, others say ‘bollocks!’ if some reports mention attempted suicides by the dozens, yet others dismiss them as “rumours”. Lost between all these is the truth.

Fact is, everybody is a participant; and everybody is an accomplice with women’s nudity, an exhibit that nobody and everybody has set eyes on. Yet not a word out of the Modi Government. The exposed students are as if from a different planet, clear out of Earth’s orbit. This, when social media is inundated with appeals to the PMO. Prime Minister Narendra Modi hasn’t yet gotten over #cheetahprem to spare a thought!

How many MMS have made it to social media? One. Two. Sixty? Protests have broken out. “We want justice” is trending. And “who did it?” is on everybody’s tongue. Also, who uploaded on social media? A probe has been ordered by the AAP government of Punjab, with Punjab CM Bhagwant Mann saying “Our daughters are our pride.”

But then, what else can he say? According to the National Crime Records Bureau, cyber-crime against women has risen 28%—cyber blackmail, threatening, cyber pornography, posting/publishing of obscene sexual materials, cyber stalking, bullying, defamation, morphing, and creation of fake profiles.

NCP supremo Sharad Pawar blames most of the crimes against women on the “north Indian mentality”. For Pawar not giving women their 33% quota in the Lok Sabha, and in the legislative assemblies, was a reflection on the ‘mansikta’ of north India. “When I was the Congress Lok Sabha member…once after completing my speech (on 33 percent reservation for women), I turned back and saw that the majority of MPs from my party (had) got up and left. This means even for people from my party, it was not digestible!” (IPA Service)