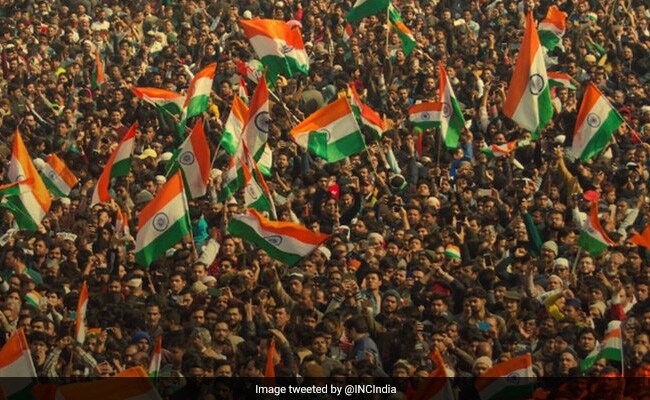 Rahul Gandhi in September 7 launched his most cherished “Bharat Jodo Yatra” after offering obeisance to his father Rajiv Gandhi at Sriperumbudur, where he was assassinated in 1991.  Choosing Sriperumbudur for launching Yatra is quite significant. It might prove to be the turning point in Indian politics and project Rahul Gandhi as the challenger to Prime Minister Narendra Modi and his divisive agenda. The Yatra aims at completely reshaping and redesigning the political contour of the country.

His move no doubt would rejuvenate the party and help it gain  some political relevance and respectability amongst the people of the country. It would work to expose the divisive policies and false hood practiced by the RSS and Narendra Modi to the rural people of the country. Offering prayer to Rajiv Gandhi memorial in Sriperumbudur, just before launch of Yatra also sends a very strong message that Congress under Rahul is different.  Taking a leaf out of his father’s politics, Rahul will try to give a major twist to the Congress policies and programmes. The Yatra will focus on the economic disparities, social polarisation, political centralisation and bizarre attempt to communalise the  politics  of India.

Over these years Rahul has come to realise that the only mechanism to rejuvenate the Congress was to involve the common people who are not associated with Congress.  It is interesting to notice that the 150 civil society bodies who will be part of the yatra have been basically severe Congress critics.  It is the urgency of the situation and compulsion to check the rightist forces from ravaging the political and democratic institutions of the country that have  led them respond to his call in spite of their disagreements with the Congress Party  in  many aspects..  This underlines the importance of the programme.

Bharat Jodo Yatra is the largest mass mobilization programme the Congress has undertaken in Independent India. It will cover 12 states and two union territories in five months. Significantly around 1 lakh citizens, those who are not associated with Congress, have volunteered to join the Yatra at different stages. An exercise to awake the common people towards the Modi’s move to finish the democracy and crush the democratic institutions and the constitution, the Yatra is a direct assault on the RSS and Modi government. There is no doubt that this would have kinetic effects on the polity and the politics.

This move of Rahul will also obliterate Modi’s oft repeated charge of dynastic politics and rule. The yatra will also expose the triviality of RSS and BJP slogan of new nationality of New India.  Though Modi has been systematically harping on creating a New India, but sad enough he has miserably failed to put his perception in public domain. If one is to believe what he says, in that case his New India will be a land of communal violence, hatred and a lackey of capitalists who are out to loot Old India.

Some people are trying to find a similarity between L K Advani’s Rath Yatra in the early 1990s and Rahul’s Bharat Yatra. But unfortunately they prefer to ignore that it was Advani’s Yatra that had sown the seeds of communalism, communal violence and politics of hatred. But this Yatra is a mission to integrate India and restore the ethos of India which is being destroyed by the Narendra Modi regime.

The Group 23, the pressure group of the dissident leaders inside the Congress was born in late 2020, but it is really surprising that they became quite proactive coinciding with the announcement of Bharat Jodo Yatra, first major mass-outreach programme.

The Yatra is a mass movement to create awareness among people. It is expected that after this Yatra the Congressmen will turn aggressive towards the rightist forces and particularly the BJP. The stress of Rahul has been on Yatra serving as a political bridge that connects opposition parties with grassroots movements. He pointed to the possibility of resuscitating Indian democracy. Significantly some of the groups, which have been maintaining distance from political parties, after this meet have decided to engage with the Bharat Jodo Yatra. What was worse, scared of this move of Rahul, the corporate media has launched the canard that some NGOs, the “andolanjivis” have planned to join the Congress.

In fact Yogendra Yadav pointed out that over the last year, there have been several efforts to create such a bridge. Several eminent persons, intellectuals and activists met in Delhi in September 2021 to explore the possibility under the working name “India Deserves Better”. Subsequent meetings were held in Bengaluru, Kochi, Jaipur, Prayagraj, and Guwahati. Some of these participants have carried the initiative forward as “Hum Hindustani”. The basic idea is to forge a broader unity of all those who wish to reclaim the republic and strengthen the hands of democratic resistance.

On 13-14 August, ‘Rashtra Nirman Samagam’ was held at Varanasi by a group of activists associated with Gandhian institutions and the JP movement. These included Amarnath Bhai, Ramachandra Rahi, Prashant Bhushan and Anand Kumar. The meeting resolved to launch a multi-pronged nationwide movement to strengthen national unity and save democracy. The conclave represents a significant moment in the history of party-movement relationships in India. The Bharat Jodo Yatra is acting as a bridge between the secular forces and the most active   civil society movement of the country.. The Yatra success is sure to give a big jolt to the saffrons at the national level. (IPA Service)