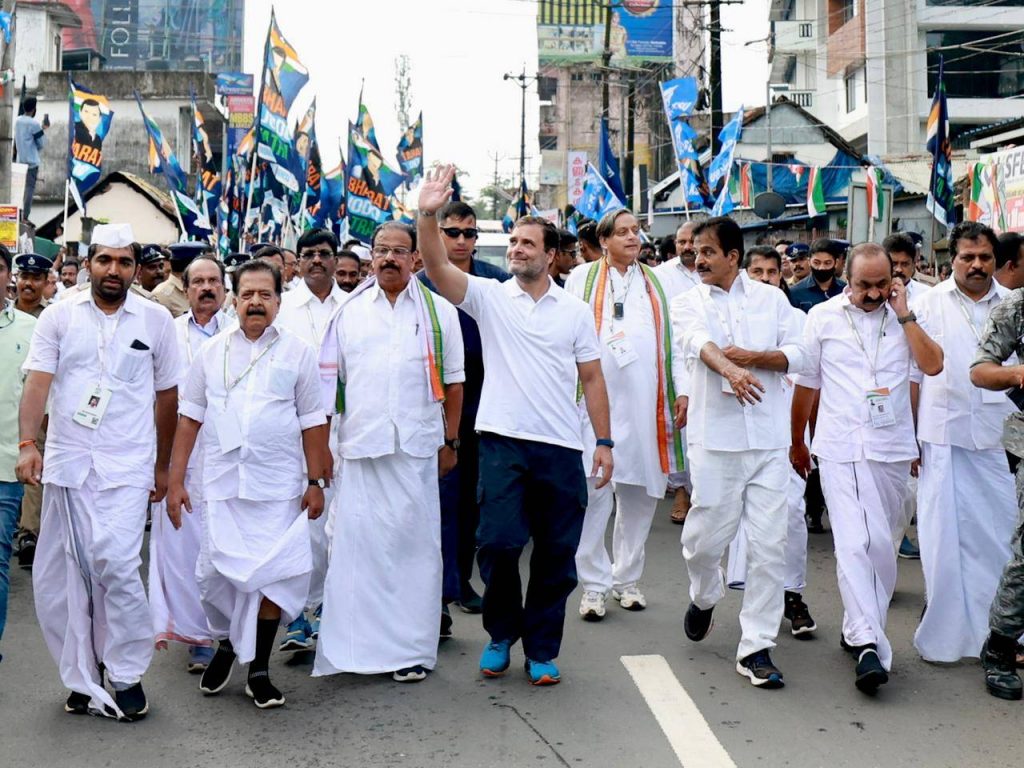 Prime Minister Narendra Modi wasted breath warning Indians that “Covid is not over yet”. Who does not know that? Also, asking Wayanad MP Rahul Gandhi to mask up was asinine. If nothing else, the Gandhi scion is clairvoyant. Rahul was the first politician to warn the Modi government of a second Covid wave. And who does not know how many lives the second wave took.

The ‘Bharat Jodo Yatra’ was to enter Delhi December 23. Is the BJY a Rahul Gandhi idea? If so, is it proof that Rahul is not the “Pappu” he is made out to be by the BJP IT-Cell? In fact, the IT-Cell’s ‘Project Pappu’ is ongoing and evidence of the failure of the extra-sensory perceptions of many in the BJP, starting with IT-Cell chief Amit Malviya.

Only erstwhile Congressman Himanta Biswa Sarma saw the threat in Rahul’s Bharat Jodo Yatra early on. A threat that sank in and took hold of the Bharatiya Janata Party in its entirety only after the BJY got clear of the tropics, and waded into the temperate latitudes. A rousing reception in Delhi was what the BJP dreaded.

The entire Opposition had the opportunity to come together to give a grand welcome to the Bharat Jodo Yatra. Imagine the boost it would have given to the combined opposition’s morale. A golden chance lost. And the reason why the Modi government was going all covid-out to discourage the Bharat Jodo Yatra.

It also explained why lakhs have been keeping a tab on the Bharat Jodo Yatra, and thousands have been tagging along from state to state.

Did certain people panic? Believe it or not, refusing to mask-up has become the symbol of resistance. The Modi government and the BJP have understood this, the sort of impact it will have if Rahul Gandhi, at the vanguard of the Bharat Jodo Yatra, refuses to mask-up and the Modi government takes him into custody “for his own safety” with the fig leaf of national health emergency.

Political strategy demands that Rahul Gandhi continue with the Bharat Jodo Yatra come rain or shine and not stop till destination Lal Chowk in the Kashmir Valley is reached. Kashmiris, who are no friend of the BJP, will ensure a resounding reception. Ask erstwhile Congress heavyweight Ghulam Nabi Azad and even he will predict.

The BJP is caught between a cleft stick and a dilemma. Stopping the BJY is hara-kiri. Does the BJP want a taste of its own medicine, one which Lalu Prasad Yadav gave to Lal Krishna Advani? The BJP has a challenge in its hands.

The Bharat Jodo Yatra has over the last 100-plus days created tension in the top leadership of the BJP. Now, with the Covid-scare coming over the Himalayas, there is the cold prospect of the Modi government losing its mask. Everybody knows that the mask alone could not stop the ‘Delta’ from its rampage.

The Modi government’s dilemma is precarious. It cannot risk for purely political reasons the Bharat Jodo Yatra to continue on a winning note. And it cannot endanger its masculine- nationalistic ‘India-first’ image. It’s also burdened to act because the Union health minister has declared a “national health emergency”.

What if another Covid wave actually hits India? It will be difficult to pin the blame on Rahul Gandhi and the Bharat Jodo Yatra, if only because the government, like the law, is also an ass, particularly because the politically panic-stricken Modi government dumped “India-first” and went “Rahul-BJY first”.

It was only on December 22 that it dawned on PM Modi that surveillance at airports came first and only then yatras. The international airports are the breakthroughs the BF.7 would seek out. Covid-appropriate behaviour and covid-specific facilities can only slow down the spread of the virus, they cannot stop the virus from entering the country.

The next few days will be crucial for Bharat Jodo Yatra, and to the Modi government, and the Bharatiya Janata Party. Rahul Gandhi has virtually called the Modi government’s bluff and the government appears paralysed after Union Health minister Mansukh Mandaviya’s letter to Rahul Gandhi was thrown underfoot and trampled upon by hundreds of Bharat Jodo yatris. It is a direct affront to Prime Minister Narendra Modi and his 56” chest. The BJY ball is in Modi’s court. (IPA Service)